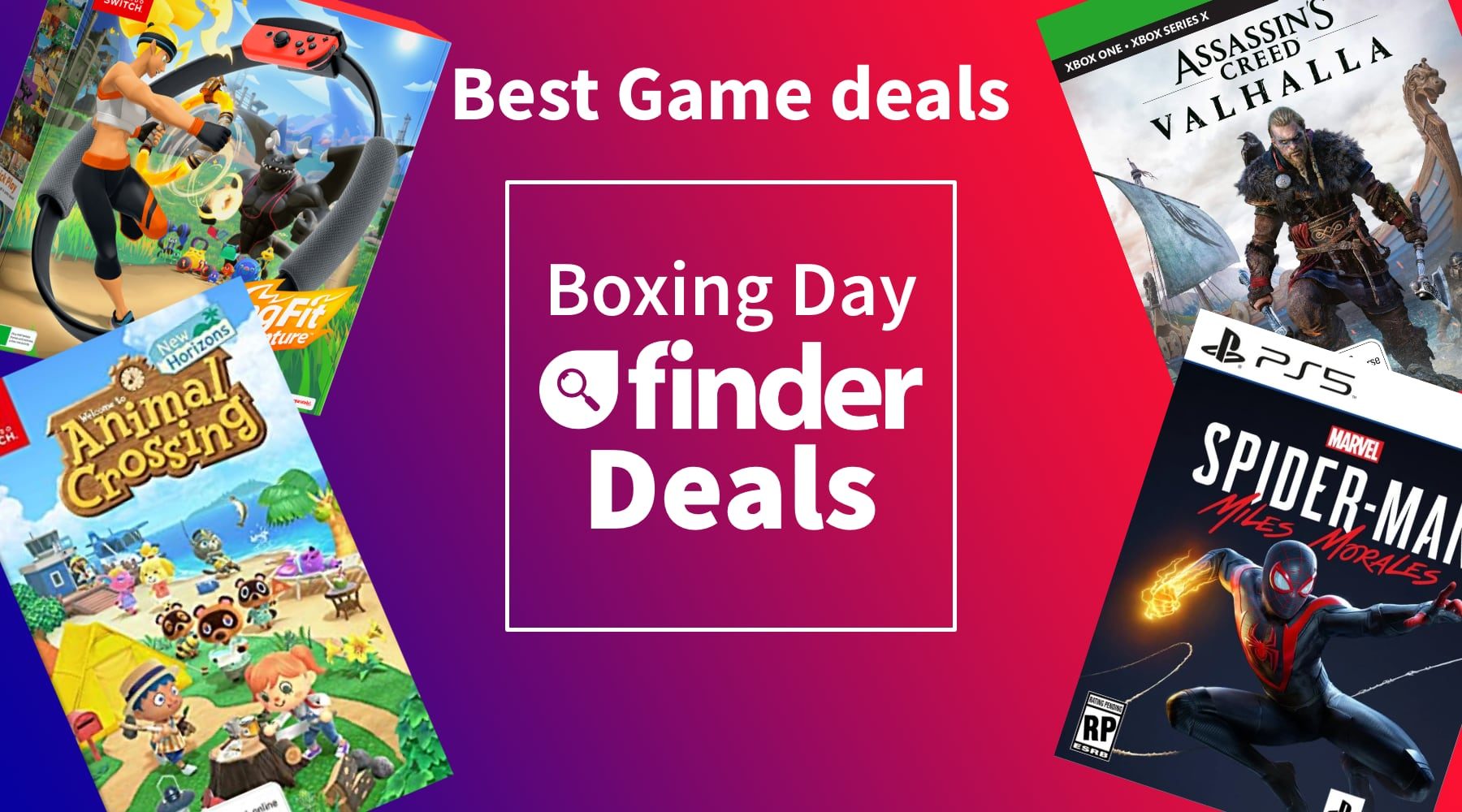 Save up to 50% on hit games from the triple A developers and find great deals on third party accessories this Boxing Day.

Boxing Day marks the last chance to score massive deals on consoles, video games and accessories for 2021. Take advantage of the sales to pick up a new game for the holidays, or even a new generation console at a steal. EB Games is offering a number of deals across it's catalogue and we've highlighted some of the best below.

Powerwave Joypad Pair for Nintendo Switch are down to $77

Buying another controller is always an investment, thankfully these third person Joypad Pair for the Nintendo Switch are under $100 for the holidays. Enjoy multiplayer games with motion controls and haptic feedback with the variously coloured controllers. Buy yours now at EB Games for $77.

Nintendo Switch New Pokemon Snap is down to $57

The new edition of New Pokemon Snap is a great reimagining of the Pokemon world through the eyes of a camera. Travel through environments filled with wild Pokemon and document their behaviour for your album. This stunning game is just $57 at EB Games this Boxing Day.

Get the same price at Amazon

Assassin's Creed: Valhalla on PS4 is 64% off

Assassin's Creed: Valhalla is the latest installment in Ubisoft's hit franchise. Travel back in time and play as an assassin Viking invading England. Settle your people and grow your settlement through pillaging other villages and towns. Embark on this historic adventure with EB Games for $36 on PS4.

Save on one of the biggest hit games of the last generation of gaming. Red Dead Redemption 2 lets players experience the life of an outlaw in the Wild West era (1899) in America. Steal, fight, rob and hunt in order to survive this rough land and find a place for your people. Pick up your copy at EB Games for $28.

Swing into action with the smash hit from Insomniac Games. Fight crime on the streets of New York in this action packed game filled with some of Spider-Man's biggest villains and foes. Get yours todayat EB Games for $23.

Sonic Mania Plus on Nintendo Switch is down to $36

Sonic, Knuckles and Tails are all back in this classic reimagining of the original Sonic games on Nintendo Switch. Play through the first three games in pixel-perfect HD and 60 fps. Play through this remastered classic collection at EB Games for $36.

Resident Evil Village on Xbox Series X/S is 50% off

This game is not for the faint hearted. Explore this horrifying village in the latest installment in the Resident Evil franchise for Xbox Series X/S. Follow the thrilling story of Ethan Winters for $54.98 at EB Games this Boxing Day.

Save on Just Dance 2022 for the Nintendo Switch

Dance your way into the new year with Ubisoft's Just Dance 2022. This edition is filled with all new features and songs to get up and dance to. Learn some new moves withyour own copy from EB Games for $57.

The ultimate fighting game experience is back in this new installment. Take control of Earthrealm's strongest fighters in the two different story campaign modes, or just play as your favourite fighter online against other players. Pick up this gory fighting game at EB Games for just $44.98.

Enhance your home gaming experience with the high quality audio of the Turtle Beach Stealth 600 Gen 2 headset for Xbox. This gaming headset is packed full of the latest technology to make your gaming sessions more comfortable and immersive. Find a pair at EB Games today for $138.

Get the same price at Amazon Australia