Quick verdict: Similar to previous hair tools by the brand, the Dyson Corrale is every bit the superior styling product. But it isn’t without its downfalls.

The Good
The Bad
Lauren Chaplin 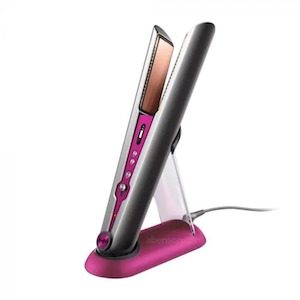 As someone whose hair turns from a straightened to 'unruly mess at the first sign of moisture', Dyson's Corrale certainly has appeal.

Arriving with a new flexi-plate technology, Dyson claims that the straightener captures every last strand of hair for an even, frizz-free style. It also says it can do this without exerting the same level of heat damage that its competitors would typically cause.

With such big claims though, does it actually perform well enough to justify its hefty $699 price tag? For me, absolutely. With its sleek black and magenta colourway, the Dyson Corrale certainly looks the part of a professional styling tool.

The immediate standout from the design choice, though, is the fact that the straightener can be used completely cord-free.

Not only does this eliminate the frustrations that come with catching your straightener cord in cupboard doors or having it kink in weird places, but it also makes it much easier to use overall. 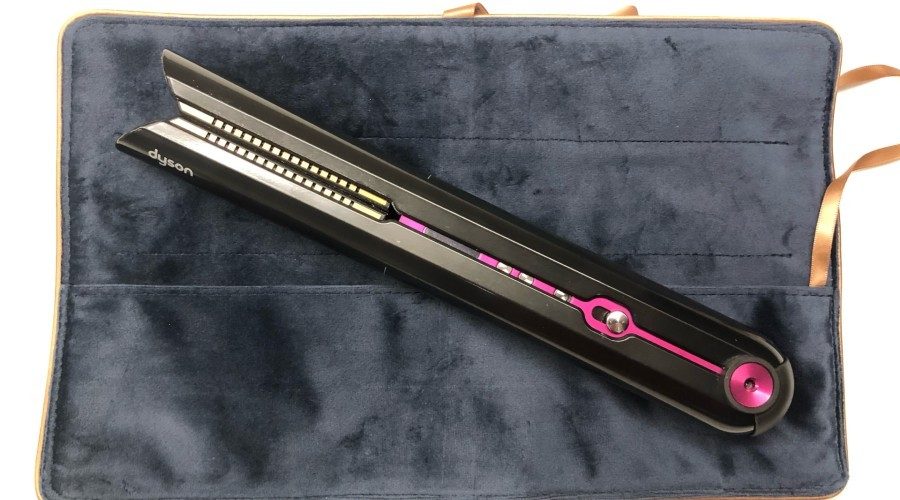 The Corrale also comes with a rather luxurious velvet carry case (which conveniently doubles as a heat mat) and a nifty charging stand.

Given that the battery life of the Corrale is only around 30 minutes, being able to pop it on the stand after use makes remembering to charge incredibly easy.

On the front of the straightener, you'll find a small OLED screen which displays each of the three temperature settings (165°C, 185°C, 210°C), along with the remaining battery life.

Below the screen are two physical plus and minus buttons, which can be used to change the temperature settings, a power button, and a sliding mechanism which locks the straightener for travel. 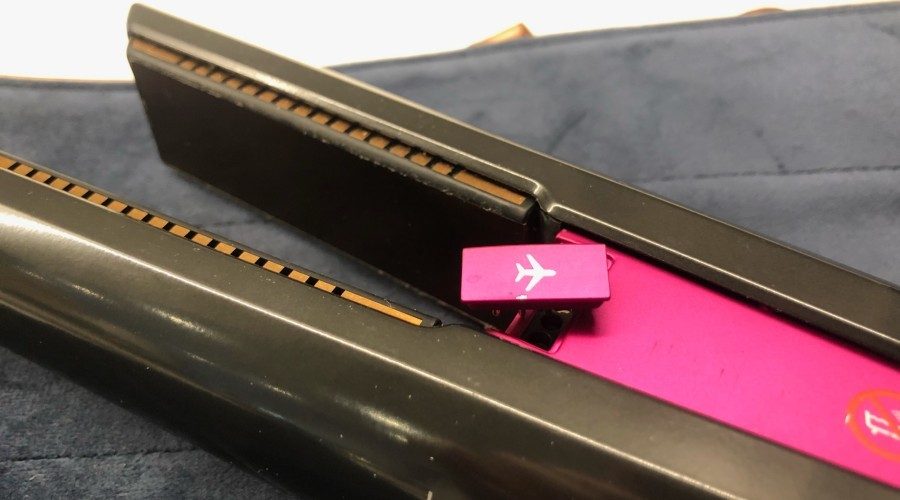 On the reverse side of the Corrale, you'll meanwhile find a small toggle marked with an aeroplane logo.
When travelling by plane, you can pull the toggle out to immediately disengage the battery and put the straightener in a flight-safe mode, which is definitely handy. 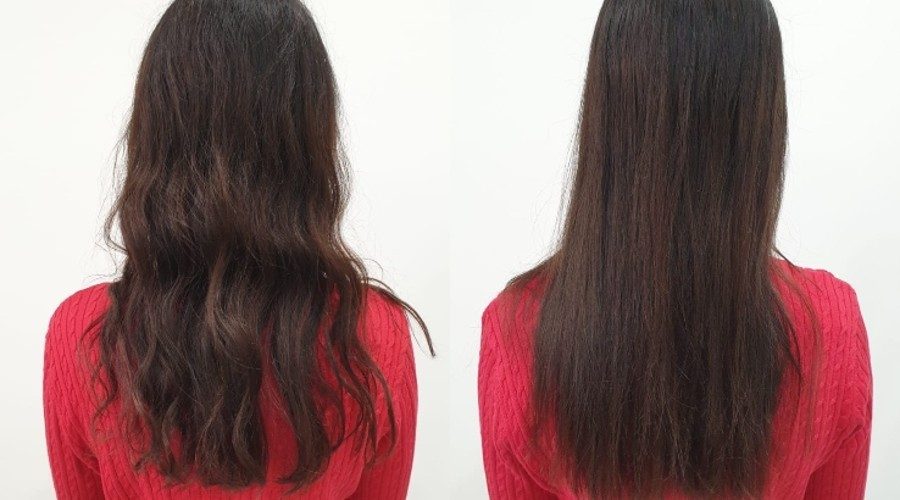 For those of us who are not blessed with hair styling abilities, the Corrale will become your new best friend.

Thanks to the use of ​​flexi-plates coated with magnesium copper alloy, the Corrale is able to flex (or corrale, if you will) around the hair instead of clamping onto it the way that other straighteners do.

The teeth in the plates meanwhile hold the hair to stop it from splaying out, which ensures that each strand is heated evenly on the first pass.

You can see the difference in the before and after shot above, which shows just how straight I was able to get my naturally wavy hair after going over each strand only once.

The cordless nature of the Corrale also makes it much easier to curl your hair as you can simply twirl the straightener around to achieve the desired curl every time, without having to worry about tangling up your cord in the process.

When attempting to create a curled style on longer hair however, the weight of the Corrale is noticeable. My arm began to ache much faster than with other straighteners. 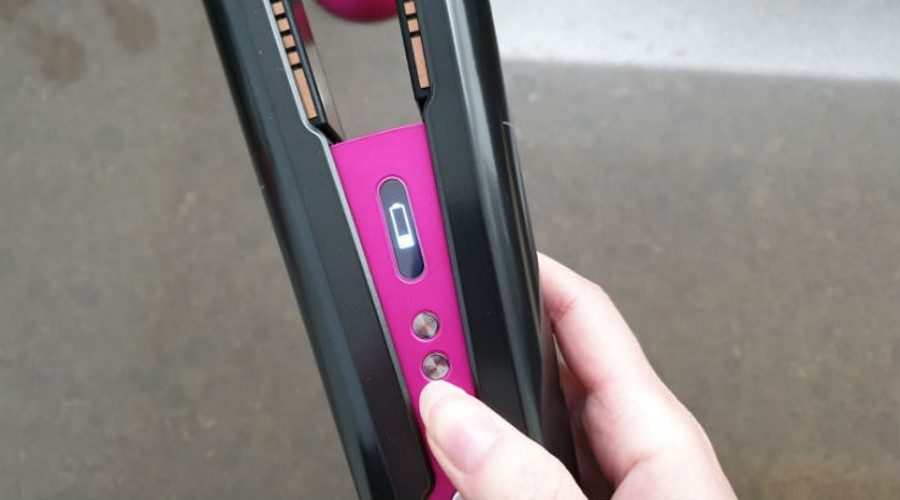 Another downside to the cordless nature of the Corrale is the limited battery life.

After a full charge, the battery will last up to 30 minutes, giving you quite a small time frame to create your style.

For quick touch ups, or for those with naturally straighter hair, the time limit likely won't matter much. Those with wavy to curly hair, or those attempting a curled style, may find it quite limiting though.

It is worth noting that the Corrale can also be used while plugged in, similar to an ordinary straightener.

However, I have found that the cord falls out quite easily when the straightener is in use, which is definitely one of the pitfalls of the design.

Should you buy the Dyson Corrale?

Finder score: 4.5
Similar to the popular Supersonic hairdryer and Airwrap hair curler, the Corrale is every bit the luxury product Dyson is renowned for.

Just like its predecessors, the Corrale also uses a combination of clever engineering and ingenious design to create a product that is head and shoulders above its competitors.

However, it doesn't come without its downsides.

In addition to the exorbitant cost, the straightener itself is quite heavy, which can be a pain if you're attempting a style that takes some time. The cord is also incredibly weighty and bulky, making it difficult to travel with.

The cordless nature of the product meanwhile offers a limited battery life which won't be convenient for some users. When using the straightener while it is plugged in, the cord can also fall out quite easily.

Despite this, the technology behind the Corrale allows you to heat hair evenly with just one pass, saving you both time and damage in the long run.

It also offers a much quicker styling experience compared to other straighteners I've used (including top contenders from ghd and Cloud 9) and leaves hair shiny and frizz-free instead of dried and stressed out.

For these reasons alone, it's worth the price tag if you have the budget.

If not, there are certainly more affordable options on the market.

The Dyson Corrale hair straightener was tested for at least 2 days per week over a 1-year period. It was used for both quick touch ups and the creation of straight and curled hairstyles on dry, naturally wavy hair.