Quick verdict: The Portégé X30W-J is almost ludicrously light and works well as either a notebook or tablet, but it's not the most physically robust 2-in-1.

Dynabook is probably not a laptop maker name you're familiar with. If you've been around tech for a while though, the Portégé name might be familiar as a Toshiba brand.

Dynabook is effectively Toshiba under sort-of new branding. Back in the day, Toshiba sold some laptops under the Dynabook brand, but Toshiba itself is now owned by Sharp, itself now owned by Foxconn if you particularly care. The Dynabook Portégé X30W-J is the company's new flagship 2-in-1 laptop, promising cutting edge speeds in a laptop that weighs an astonishingly small amount.

That weight is the key appeal point of the Dynabook Portégé X30W-J, although it's not a weight that Dynabook has achieved without a few compromises along the way. 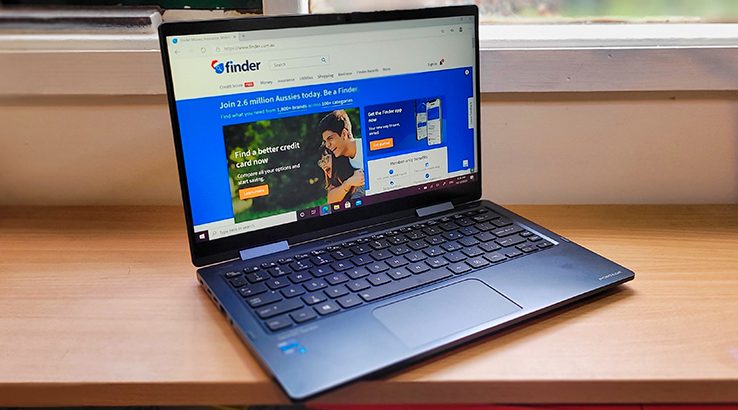 The Dynabook Portégé X30W-J's party piece is undeniably its low weight, with a general weight – it varies a little by configuration – of 989 grams. That sub-1kg weight isn't just about hitting a number because the first time you pick up the Dynabook Portégé X30W-J, you will be surprised at just how light it is. It wouldn't take much work to convince someone that it was a dummy laptop shell, not a fully functioning 2-in-1 computer.

Like any other 2-in-1, you can use it either as a standard laptop or with the 13.3-inch FHD screen fully flipped over in tablet mode. Here again, the light weight is a big plus because many metal body 2-in-1s work in tablet mode but quickly become annoying to use because of their heft, and that's really not a concern for the Dynabook Portégé X30W-J.

However, that light weight is largely achieved through the use of a plastic body that can't help but feel less robust than competing devices. There's a bit of a hollow feel to the base if you tap on it, and if you're typing with the Dynabook Portégé X30W-J on your lap, you get more of a reverb noise from the keyboard due to that plastic construction.

The keyboard itself has quite nice travel characteristics if you're a touch typist, but Dynabook's layout for the function keys does take a little getting used to. Most laptop makers tend to put volume as a function key option or alternate, but the Dynabook Portégé X30W-J instead puts that detail on the alternates for the 3 and 4 number keys, which took me a long while to get used to.

There are a lot of alternate key functions peppered around the Dynabook Portégé X30W-J's keyboard. While in one sense it's better to have them than not, their odd layout makes them rather tricky to find if you're used to other keyboard layouts. 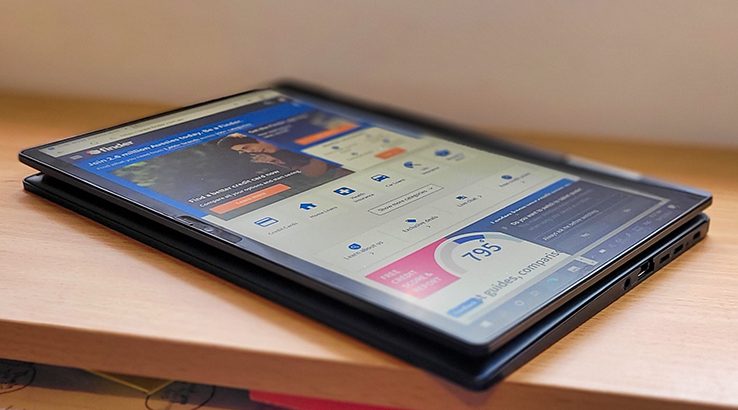 The Dynabook Portégé X30W-J utilises 11th generation Intel Core i5 or Core i7 processors, with between 8GB of RAM and up to 32GB depending precisely on how much you want to spend.

The model Dynabook provided for review was technically the Dynabook Portégé X30W-J PDA11A-01N003, with an Intel Core i5 11357G7 processor, 16GB of RAM and a 256GB M.2 SSD for storage. Most of the range opts for 16GB of RAM, which is usually where Windows 10 really starts to soar, although the entry-level model makes do with only 8GB of RAM.

There are a lot of 2-in-1 choices on the market right now, and that means that the Dynabook Portégé X30W-J has a lot of competition. Here's how that 11th Gen Intel Core i5 processor compares against a range of recently tested laptops in a variety of benchmark situations:

The Dynabook Portégé X30W-J might be light in your hand, but it's certainly not lacking in processing power for most productivity tasks. Like most systems that ship with Windows 10 Pro, it's not really a gaming laptop, although the inclusion of Intel's Iris Xe does give it some level of 3D grunt if you want a few lower spec games to run when the boss isn't looking.

The Dynabook Portégé X30W-J has Intel's "Project Evo" certification, designed to ensure that systems meet specific real-world usage criteria – or in other words, that you're not just looking at a set of slightly bewildering specifications but can instead buy on the basis of a laptop being able to meet mission-critical task parameters instead.

While audio output isn't a key part of the Evo standard, the Dynabook Portégé X30W-J proudly proclaims that it features Harman Kardon speakers onboard. Don't get too excited, however, because it's a definite weak point, most likely due to that lightweight chassis.

For most laptops, I'd settle on around a 70% volume level or less to fill my home office, but on the Dynabook Portégé X30W-J, even with the volume cranked up to 100% I was still underwhelmed. It's passable for your Netflix binges or media presentations in small groups, but in any kind of noisy environment, it doesn't compare well at all. 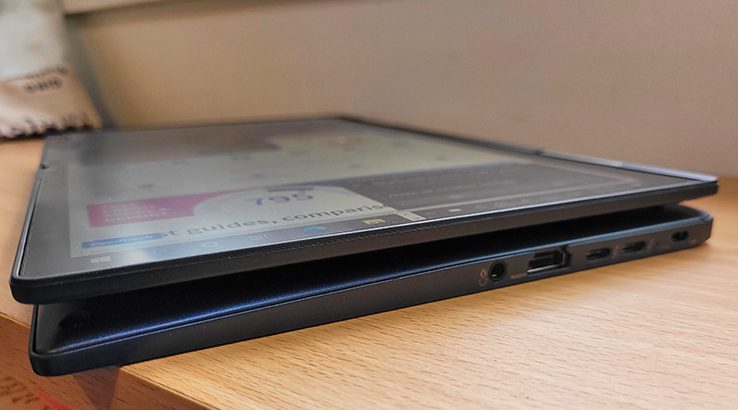 The other way that Dynabook has managed to deliver the Dynabook Portégé X30W-J with such a light weight is to produce a notebook with only a moderate-sized battery. Its claim is that it's capable of up to 16 hours of battery life, but my own benchmark and anecdotal testing suggests that this is probably a stretch in most situations.

To test that, I put the Dynabook Portégé X30W-J through our standard battery tests, including PC Mark 10's gaming test to give it a brutal shakedown, and then looping a Full HD video file with maximum brightness and moderate volume to battery exhaustion. At one time that too would have been a brutal test, but these days, video decoding is a pretty lightweight task. It's more about how the screen and speakers handle that battery draw over time.

The answer, unfortunately, is not very well at all. With 9.3 hours of video playback, you'd almost certainly get through a regular working day's usage – and of course, you could mute the speakers and lower brightness and performance to eke out more battery life again – but when you consider that several recently tested 2-in-1s and ultrabooks have managed in excess of 6 hours more battery life under the same test, it's still a disappointing result.

We've seen lots of manufacturers push towards ever lighter laptops in an increasingly mobile world. Dynabook's claim of having the world's lightest in the Dynabook Portégé X30W-J represents some impressive engineering, but brings with it some real-world compromises.

I didn't exactly throw the Dynabook Portégé X30W-J down some stairs to see how ultimately robust it is, but that lighter plastic chassis certainly doesn't give the impression of being in it for the long haul. Its battery life claims are impressive for such a light laptop, but real-world usage doesn't entirely support those numbers.

Against that, its light weight really does make it useful as both a laptop and tablet, something that many 2-in-1s have trouble with. The 11th Gen Intel Core i5 and 16GB of RAM give solid performance within its professional space, too. 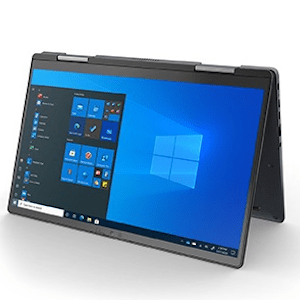