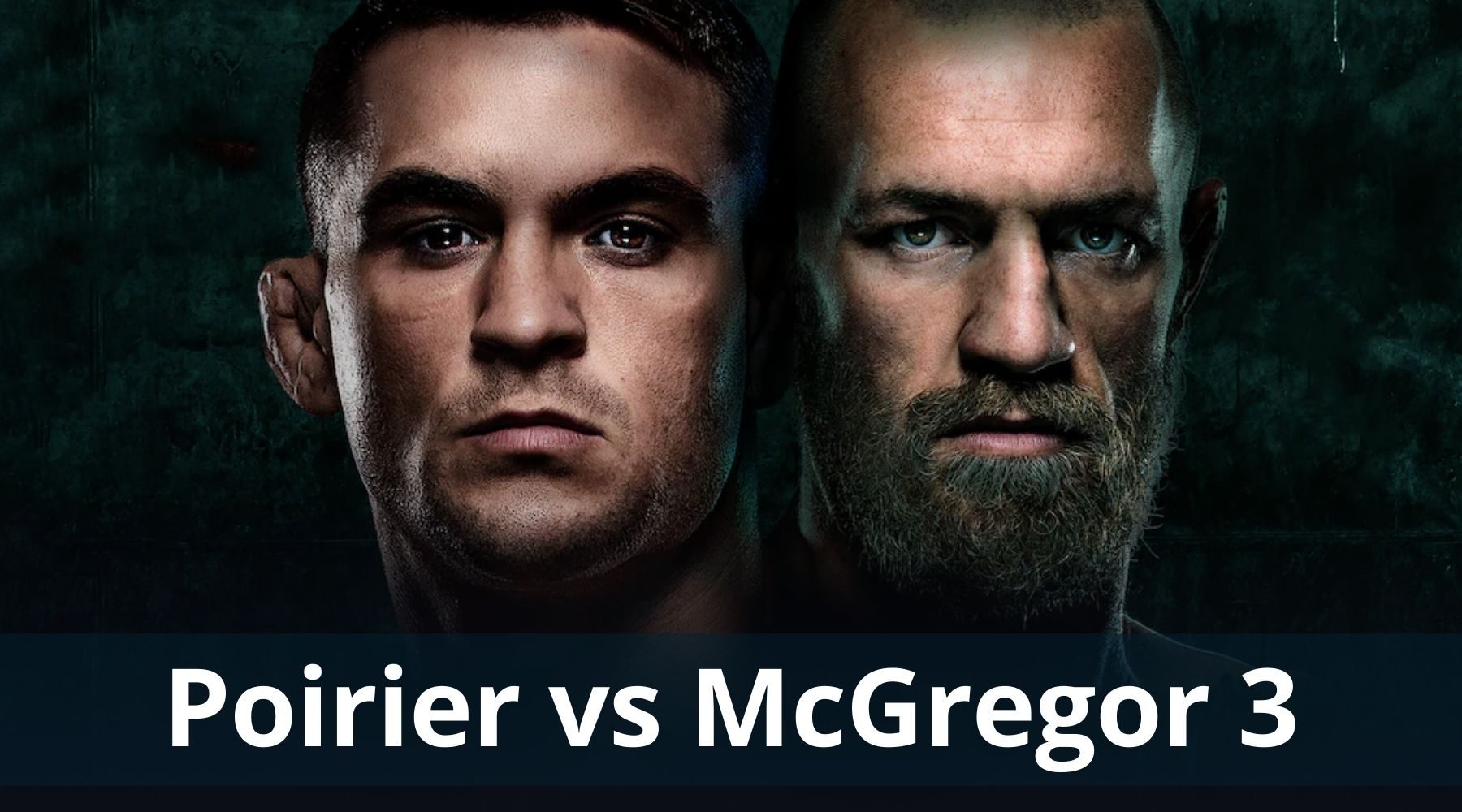 Fight fans are set for one of the most anticipated battles of all time when Dustin Poirier and Conor McGregor meet again in UFC 264.

No love has been lost between the brash Irishman and the American slugger. Here's everything you need to know before the battle.

When and where is Poirier vs McGregor 3?

UFC 264 is being held at the T-Mobile Arena in Las Vegas on Sunday 11 July (AEST) in Australia. The main card is set to kick off at 12pm AEST. You have a number of options for accessing this PPV event, including Main Event through Kayo Sports.

Who is Dustin Poirier?

Hailing from Louisiana, Poirier, 32, has taken on some of the best fighters in UFC history. Nicknamed "The Diamond", Poirier is a humble star who becomes a brute inside the Octagon.

In a precursor of things to come, Poirier dropped out of high school in ninth grade after getting into trouble for fighting.

His last defeat was back in September 2019 in a UFC Lightweight Championship fight against Khabib Nurmagomedov. Poirier stands 175cm and has a 27-6 record from 34 fights, with 1 no contest.

Who is Conor McGregor? 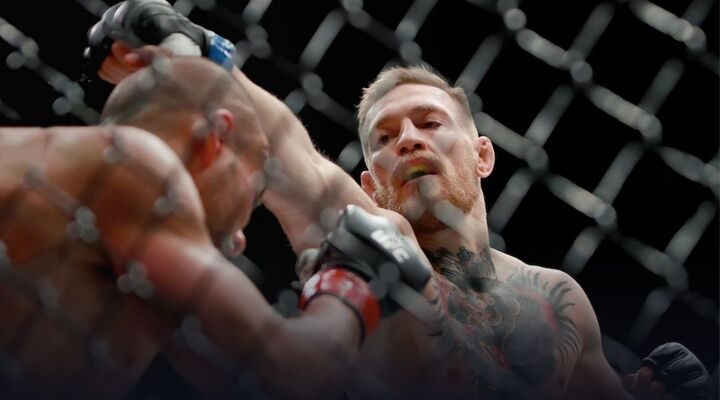 "The Notorious" really needs no introduction, but here goes: McGregor first rose to prominence under British mixed martial arts banner Cage Warriors, where he was double champion in the featherweight and lightweight divisions.

He has been a sensation since his UFC debut in 2013, winning his first title in 2015 (featherweight) and his second in 2016 (lightweight). He was eventually stripped of both belts due to inactivity.

McGregor fought a boxing match against undefeated all-time champion Floyd Mayweather in 2017. The fight, known as "The Money Fight", was won by TKO in the 10th round by Mayweather. For most observers, McGregor was outclassed but performed above expectations in his professional boxing debut.

McGregor's life since that bout has been surrounded in controversy. He attacked a bus at a UFC media event in 2018, found trouble with the law for assaults and had at least 2 sexual assault allegations made against him. McGregor, also 32, is the same height as Poirier at 175cm and holds a record of 22-5 from his 27 bouts.

Who won Poirier vs McGregor 1 and 2?

Dustin Poirier and Conor McGregor have fought each other twice, with each fighter claiming a victory. McGregor won the first with little trouble, taking just 1 minute, 46 seconds to prevail by TKO back in September 2014. Poirier said he let McGregor's trash talk get to him after the fight and targeted a rematch for years.

"The Diamond" had to wait almost 7 years for that rematch to come when, in January 2021, he stopped McGregor with a round 2 knockout at UFC 257 on Fight Island in January. It was the first knockout defeat of McGregor's career.

Why are McGregor and Poirier fighting again?

There is no belt at stake, this is about a number of other factors, many of them personal. Among them is money, McGregor's legacy and the chance to claim to be the better of the 2 fighters. Poirier put it more succinctly recently, stating simply that he and McGregor owe it to each other to fight a third time.

The third instalment will be held in front of a capacity crowd of 20,000 fans starved for action during the coronavirus pandemic. McGregor has promised his fans there'll be "no more Mr Nice Guy" against Poirier, who McGregor recently labelled an "inbred hillbilly" on Twitter.

McGregor also promised to donate US$500,000 to Poirier's charity before their second bout but failed to do so. The combatants squabbled about the details before the Irishman instead made the donation to a different charity, a Boys & Girls Club in Louisiana. It all just added fuel to an already raging fire ahead of the third fight.

What is Conor McGregor worth?

Despite his very modest fighting record over the past few years, McGregor is among the highest-earning athletes in the world. In fact, he topped the 2021 Forbes rich list with US$180 million for the year alone. More than 80% of that was from endorsements.

His net worth is valued at well over US$200 million and as much as US$400 million according to some outlets. His whisky brand, Proper No. Twelve, has been a huge success alone. This is the reason many pundits feel McGregor's head is no longer truly in the fight game, a suspicion he is desperate to quash.

What is Dustin Poirier's net worth?

Is it well known in UFC circles that most fighters, outside of a very small chosen few that includes McGregor and Jon Jones, do not earn anywhere near what they should. Professional boxers, for example, commonly earn 10 times the amount fighters pocket in the Octagon or more.

Poirier has fought some outstanding battles and earned a number of "fight of the night" and "performance of the night" bonuses. They are worth US$50,000 each, not bad at all. He also has his own hot sauce brand and endorsements with companies that include Samsung. All up his worth is estimated at around US$4 million.

What are McGregor and Poirier's fighting styles?

Poirier is a knockout artist. He began his career training under Brazilian jiu-jitsu black belt Tim Credeur and finished his first 7 opponents using submission. Usually fighting southpaw, Poirier is regarded as one of the heaviest punches in the 155-pound class.

He loves to pound his opponent's chin with his left, but can hit hard with either hand. In his last fight against McGregor, he took to pounding the Irishman's legs with low kicks – a strategy that certainly troubled McGregor.

McGregor is also known for his boxing skills, but has trained in a number of disciplines. He has a lethal left hand, prefers to fight standing up, likes to maintain distance and loves to taunt his opponents. He has a good kick, thanks largely to his karate-style stance – McGregor tends to ground himself and dominate position rather than dance around the ring.

Is there a world title up for grabs?

No. But it is expected the winner of this fight will be the next opponent for current lightweight champion Charles Oliveira. There is also speculation McGregor will have a third fight with Nate Diaz next up, regardless of the outcome against Poirier.

Oh yeah. As mentioned, UFC president Dana White confirmed there will be a packed house of 20,000 fans at this fight in Vegas. The atmosphere should be extraordinary. 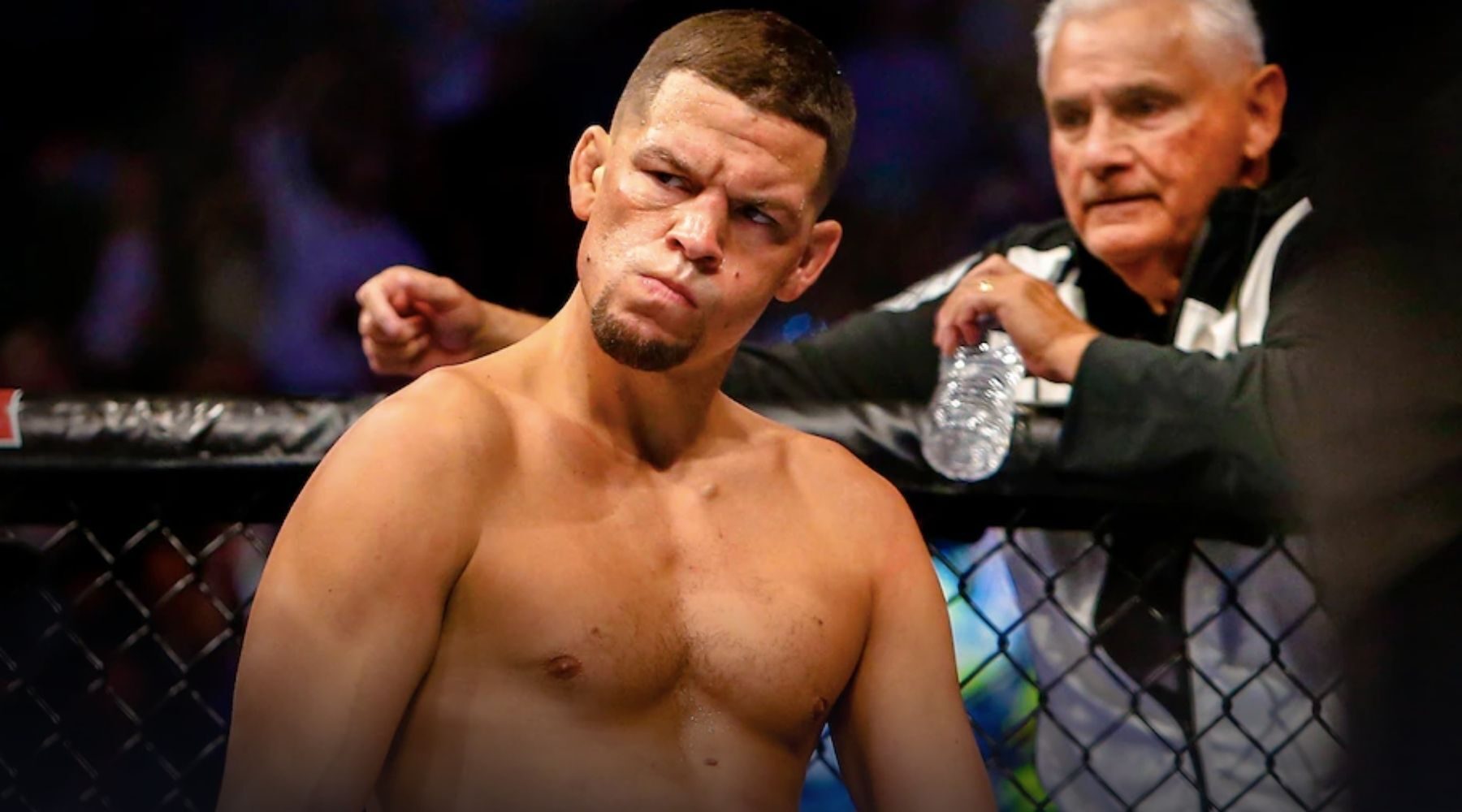 The fight's must-watch press conference – "The Notorious" is always a must-must-must-watch – happens on Friday 9 July, beginning at 10am AEST. The weigh-in is then 9am AEST a day later. Both events are live and free on the UFC website and YouTube.

Who else is on the card?

Eds note: We updated this story with details of the two fighters' net wealth, a new photo and republished.

Keen to know about more upcoming UFC fights? Check out our full UFC schedule here. If you're still not sure who to stream with, we've got a Foxtel vs Kayo comparison for you.