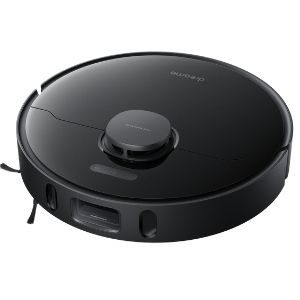 We've seen a number of new entrants in the robot vacuum cleaner space in recent years, primarily via Chinese brands making their moves into international markets. Dreame's L10 Pro is priced at the mid to high range for robot vacuum cleaners, selling itself on its LIDAR smarts and improved vacuuming capabilities. It can't quite replace a full standalone vacuum cleaner, but its intelligence in not getting stuck and managing its power to ensure a good maintenance clean make it a recommended product. 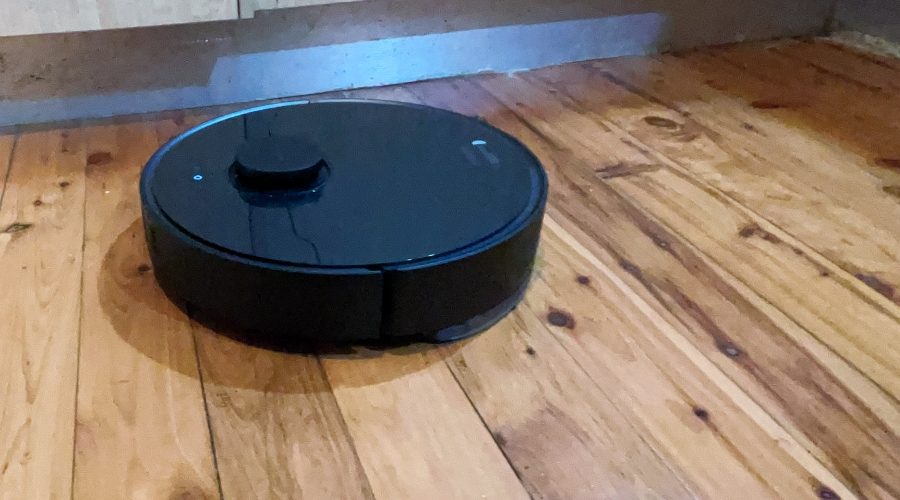 Most robot vacuum cleaners don't stray away from simple circular shapes, and in that regard the Dreame L10 Pro is as standard as they come. The Dreame L10 Pro has a black finish that will pick up a little dust and fluff as it trundles around your home, especially if it ends up going underneath sofas or other low pieces of furniture. It's also an utter fingerprint magnet when you do need to pick it up.

It's quite standard in terms of accessories for current robovacs, with a 570ml dust tank that slots in at the front, replaceable with a supplied 270ml water tank for use of its mopping function. The water tank slots onto the base of the vacuum, with the Dreame L10 Pro intelligently recognising when it's fitted. 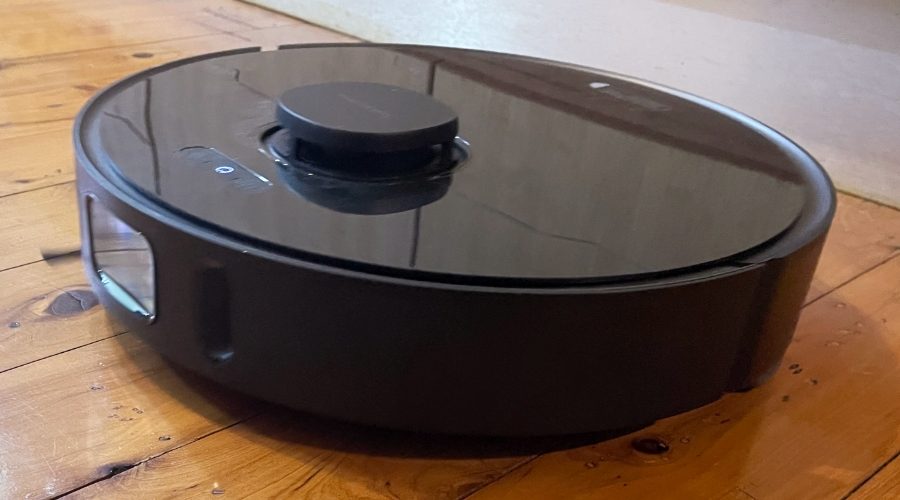 Most robot vacuum cleaners use paired small brushes to more effectively collect up detritus by collecting them from both sides of the cleaner as it moves about. The effect of 2 brushes is that items can't escape and you theoretically need a smaller area of coverage to get everything.

The Dreame L10 Pro only has 1 brush located on its right hand side, which does rather lessen this effect. In testing, I did notice some instances where small items would be flung away from the brush across the robot's body. On a 2-brush system, you might expect them to then get "caught" by the second brush, but as it doesn't exist here, sometimes small items get missed. 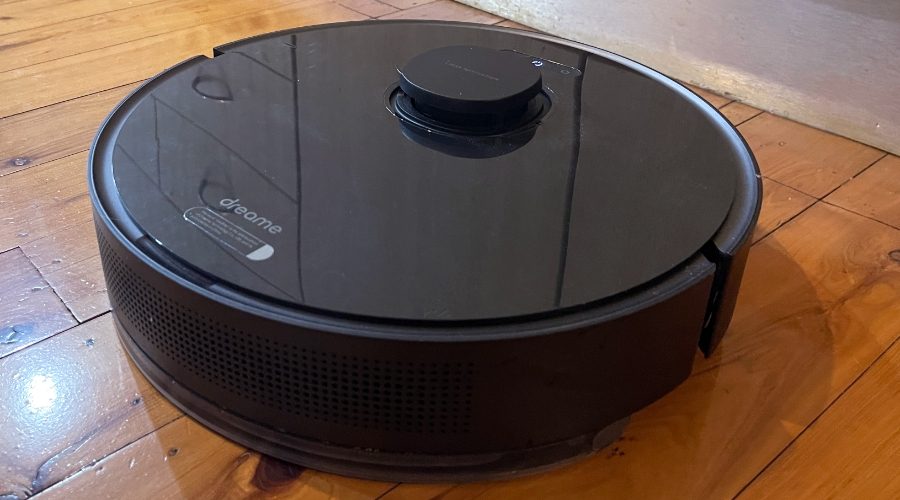 The Dreame L10 Pro's particular strong point is the inclusion of a LIDAR scanner on the top of its body. LIDAR is a feature we've seen in some camera phones for detecting range, and in the case of the L10 Pro, it uses that range along with its in-built cameras for mapping and object avoidance and navigation.

Most robot vacuum machine brands will make bold claims about their vacuum's abilities when it comes to floor types and mapping, but the Dreame L10 Pro might just be the smartest system we've tested to date.

I tested it in my suburban Sydney home, complete with 3 cats, 3 kids, quite a bit of furniture and a floor set-up that mixes between hardwood floors, carpets and an area of slightly raised floor. It's the same set-up I've used for previous robot vacuum tests, and I'm well aware of the areas where most of them trip up – either by getting lost heading back to their base stations, or by getting stuck going up and down the raised floor or under my sofa.

The Dreame L10 Pro surprised me because it simply never had those problems to speak of.

There were some instances of it picking up stray bits of wool, discarded kid's socks under the sofa or cat toys – so it's still worthwhile keeping the area somewhat clear before you set the Dreame L10 Pro off. Still, in the academy of robot vacuum cleaners, the Dreame L10 Pro has a high IQ. 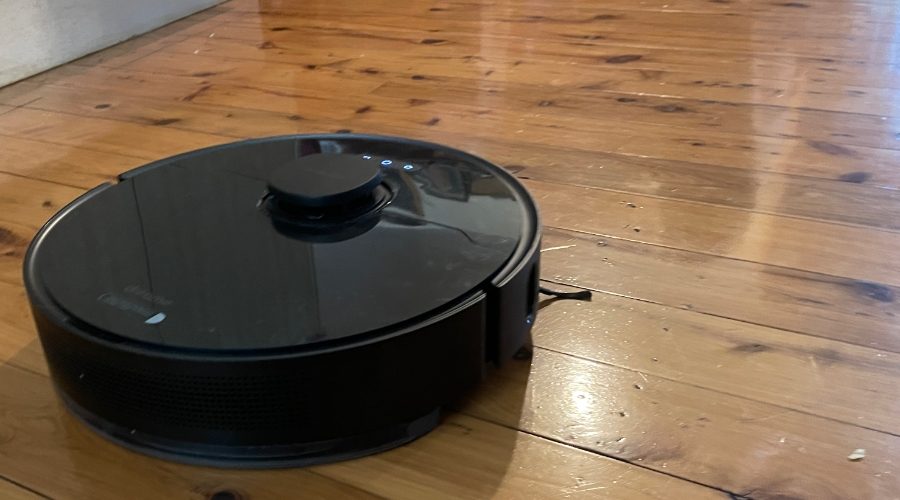 Dreame uses the Xiaomi Home app for Android or the Mi Home App for iOS for control functions, registering the vacuum on your home Wi-Fi and managing maps, no-go zones and vacuuming features. The app itself has a decent level of customisation, with larger floor areas split into zones so that you can apply different cleaning rules to them, build no-go, no-mop or virtual walls, or manage its multi-map function if you have a split level home or office to clean.

You can also set vacuum and mop intensity, from Quiet, Standard, Strong and Turbo modes for vacuuming, and Slightly Dry, Standard and Wet for mopping. One word of advice here: The Turbo mode is a little more effective if you have dusty floors and messy carpets, but it's also seriously loud. 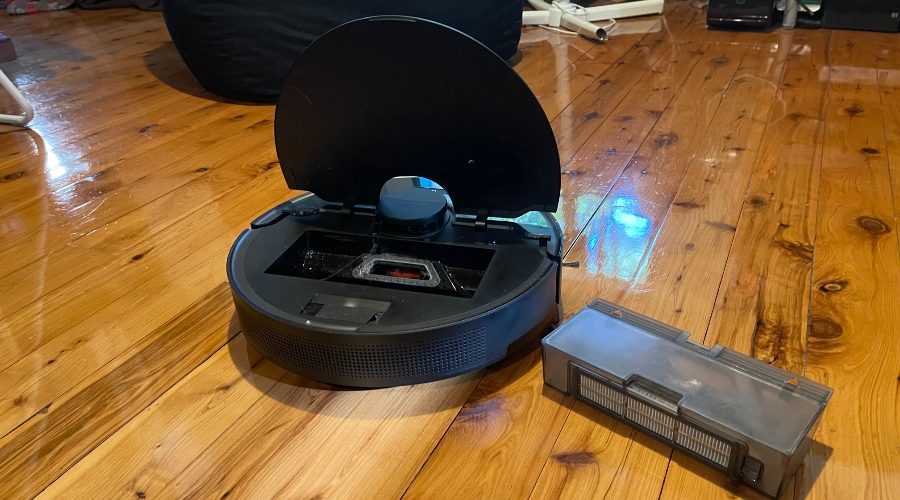 The Dreame L10 Pro is still stuck with that single side brush, but it intelligently makes up for that with what I can only call a right wing bias. In order to clean an area, it will typically circumnavigate it, always turning right, before then covering the middle with alternating "stripes" of coverage, again with a right hand turn at the end of each line.

That's a slightly slower process than I've seen with some robot vacuum cleaners, but it's certainly effective within the category. You're still very much looking at a basic maintenance style clean rather than a full, in-depth clean, however. 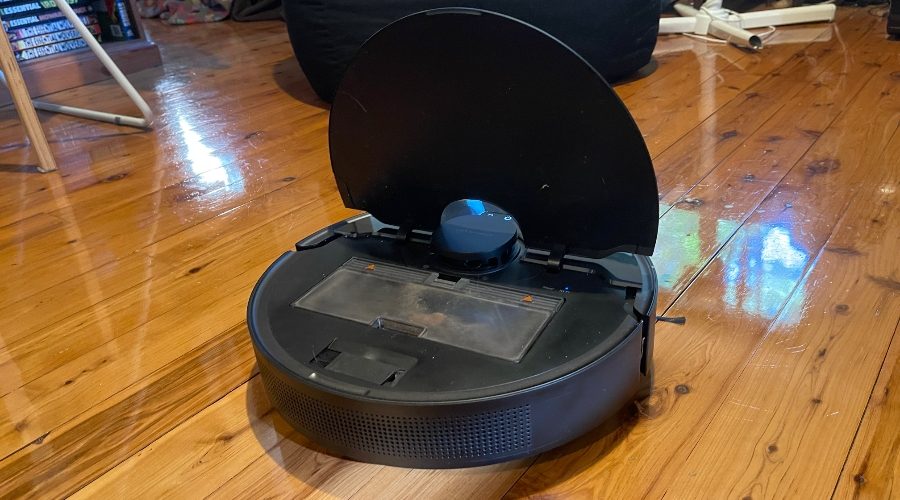 The same is largely true for its mopping function. While Dreame doesn't advertise the Dreame L10 Pro as being smart enough to not mop carpets, you can set "no-mop" zones if you only want specific areas covered. While you can set water intensity, again it's a story of keeping surfaces basically clean, rather than to a 100% coverage grade.

Dreame advertises the Dreame L10 Pro with a battery life of up to 150 minutes, although that's almost certainly in the lowest suction "quiet" mode. If you're using the higher suction modes frequently, you won't get quite as much vacuuming power over time. But, again, the Dreame L10 Pro handles its battery power in a very intelligent way. 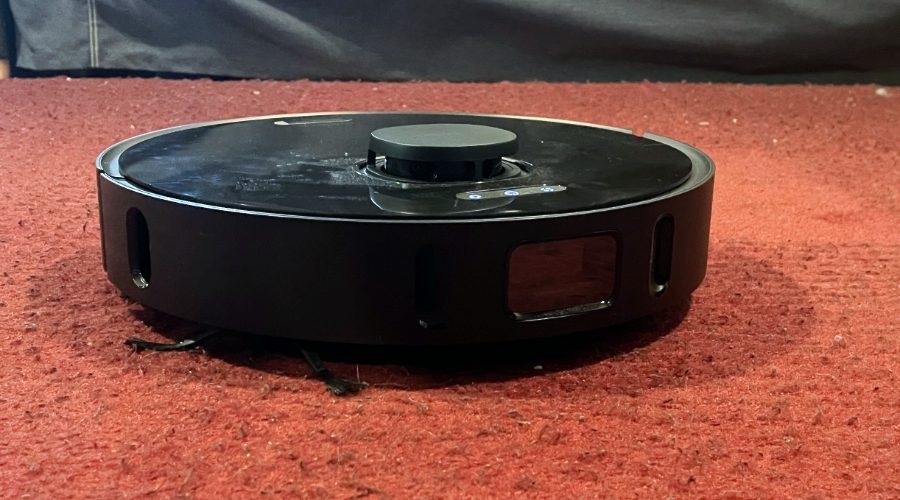 When it's getting low on juice, it'll announce that it's returning to base to recharge and then pick up where it left off once it has enough battery power. However, this can be some hours later and it can be a little alarming when the robot in the corner springs to life with cleaning intent if you're not expecting it.

Should you buy the Dreame L10 Pro?

The Dreame L10 Pro fulfils the basic promise of a robot vacuum cleaner in terms of taking the day-to-day cleaning out of your hands and into its chubby little robot wheels.

Like any other robovac, it won't cover 100% of every surface, but its ability to intelligently guide itself around complex areas makes it a recommended buy if you're in the market for this kind of vacuum cleaner. 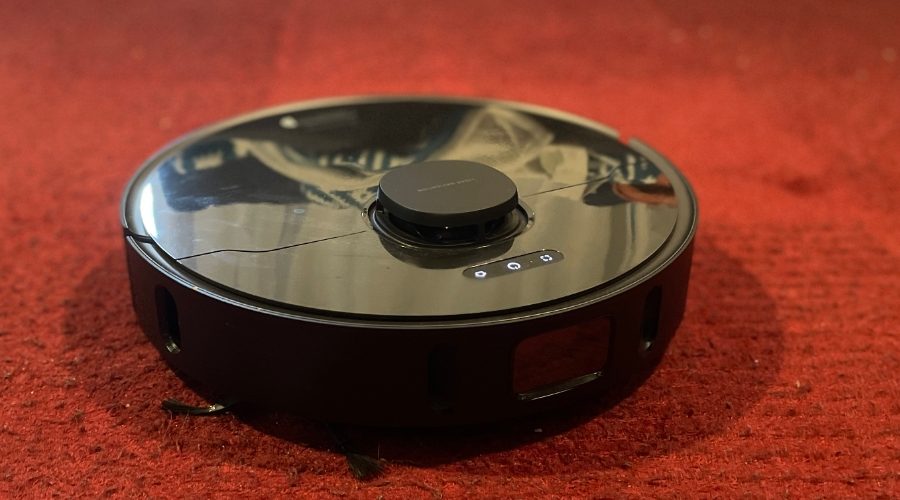 The Dreame L10 Pro was tested in a suburban Sydney home over a period of a month, with daily vacuuming in a house with 5 people, 3 cats, and a mix of carpets and hardwood floors.