They see me side-scrollin', they hatin'

If you adore beat 'em ups but are a little on the conservative side to the point of outright squeamishness, Dragon's Crown Pro may represent a moral conundrum for you. When it comes to walking ever rightward while murdering a small army's worth of pixelated baddies, Vanillaware delivers the best experience in the genre since Capcom was a lad. The caveat (for some) is an art style that delivers more fan service than an air-conditioner repairman.

To be fair, the over-exaggerated, unreachable-ideal design gets applied to all of the playable characters. Your fighter is a medieval Hulkbuster of a thing, the shirtless dwarf is more shredded than a julienne salad and the wizard is a gaunt, pasty-faced pretty boy who looks like he's minored in necromancy. The ladies include an impossibly cute elven archer, an amazon who looks like her thighs could double as a jaws-of-life in a pinch and a sorceress with some over-the-top physical features. 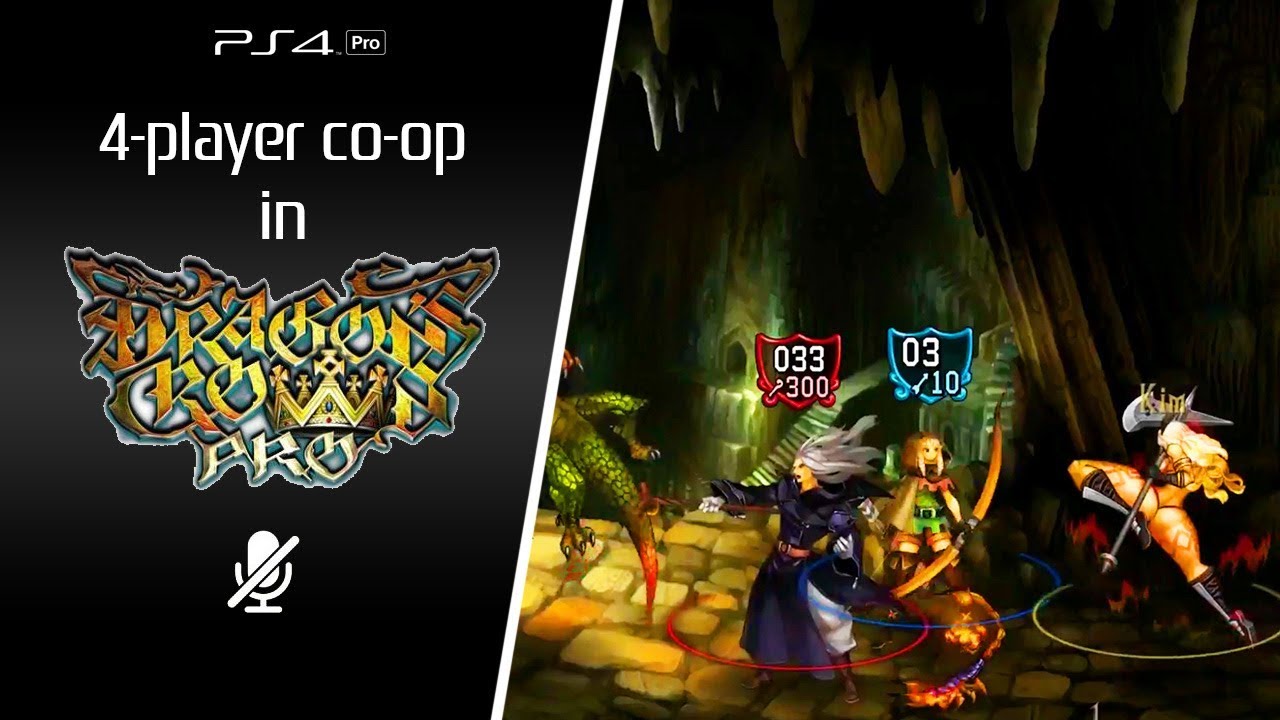 Aesthetic tastes will vary wildly on this one, so I'll leave it to the individual to decide their own line of acceptability. Personally, I'm mostly cool with it, but it's a drag that I can't play this in front of my kids, lest some weird 2D fetish takes root.

Looking beyond all that, Dragon's Crown Pro is a gob-smackingly pretty game, just as I knew it would be in 4K 60fps. I've been playing it to death for years – first on the PS Vita small screen when it was the best thing on the system in 2013, and it had cross-play to a 720p PS3 version, too. The mythical land of Hydeland is sumptuously hand-drawn and exploring the vast labyrinths and catacombs that lay beneath its civilisation is a treat for the eyeballs.

Better yet, you have a host of impeccably animated beasts to hew through. An overwhelming array of fantasy favourites are in the regular enemy ranks, including orcs, goblins, sexy vampires, lizardmen, giant spiders, scorpions and the living-impaired – you name the cliché, it's here. You'll also get a bunch of elite enemy variants on top of these and at least a dozen screen-consuming bosses that require expert coordination with your allies to topple.

And a teammate is never far away, thanks to some glorious online cross-play via PS Vita, PS3 and PS4. That, or you can “hire” the AI bones of other players to fill the three vacant slots in your party, or just recruit three local mates for some of the best single-screen co-op in years. Fair warning: if you do, Dragon's Crown Pro can go from an uncluttered murder-spree by yourself to a retina-dazzling overflow of four heroes beating six shades of snot out of a horde. 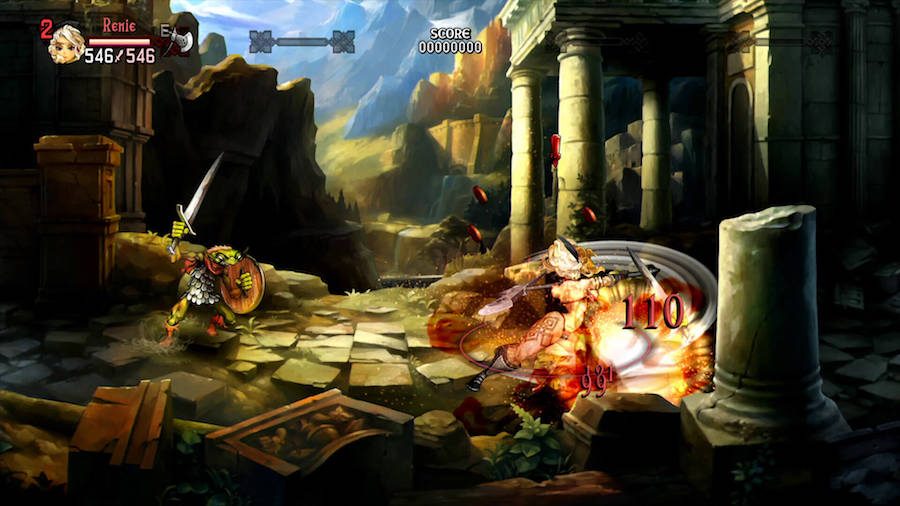 There's plenty of method going on in this madness. Each of the heroes on this roster boasts incredibly different skills, attributes and movements that are easy to pick up but difficult to truly master. The fighter is great in a defensive role, the wizard is a glass cannon and the food-generating sorceress offers great support (which may be irony on the developers' part, given her dire need of a bra). That group is rounded out by an elf with great range but finite ammo, the crowd-controlling amazon and a DPS-heavy dwarf who's great for thrash-happy novices.

Unlike old-school beat 'em ups like Final Fight and Streets of Rage, this brawl is rather technical once you get into the secret attacks and movement options. Wrapping your head around each character is going to take time and the longevity is enhanced by a multi-path campaign filled with secrets and an addictive loot system (it rewards those who save less and take on more difficult sub-quests). Also, who doesn't love the challenge of trying to replay a level while riding on the back of a fire-spewing velociraptor?

When all's said and beaten up, Dragon's Crown Pro retains the throne for its genre. Vanillaware has worked hard to ensure that the 4K refresh has been impeccably done. The online servers currently work flawlessly, and legacy fans can happily download their old saves and use them with confidence.

I think it sucks that four-person co-op experiences have slid further into extinction since 2013. You'd do well to rediscover the joy of beat 'em ups. Go grab the reins of this beautiful dinosaur and have the ride of your life.

We reviewed Dragon's Crown Pro on PlayStation 4 Pro with a copy provided by the publisher.

It's the beautiful beat 'em up we all loved, now in luscious 4K. Dragon's Crown Pro is the pinnacle of 2D visuals and this now niche genre. Insert coin, today.

Every bit a sleeper hit: City of Brass review Rick and Morty Virtual Rick-ality Review: Show Me What You Got (in VR)