Don’t worry, Australians are not spending $200 a week on their car 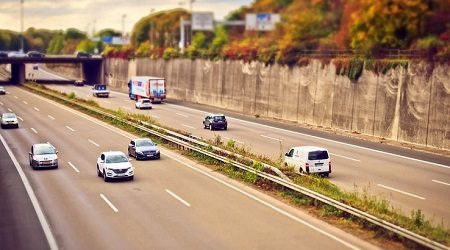 The RACV 2017 Driving Your Dollars survey is making waves, with some news sites reporting that the average car in Victoria costs more than $200 a week to run. But don't start feeling too virtuous if you came in way under that.

If $200 a week seems too high, even with depreciation and financing, that's because it is.

At no point did RACV ever suggest that this was the actual average cost of keeping a car. It's more like a hypothetical cost to see how much different models would cost compared to each other if purchased under the same conditions.

The exact figure being quoted from the report is $207.84. However, this is only accurate if:

Other, less significant assumptions, are that everyone is driving 15,000km a year. This isn't too far off the actual average of 14,500km for Victorian passenger cars, but it's not a great real-world assumption.

People who do a lot more driving are probably going to look for a more efficient car, so the average efficiency is probably a lot better than you'll find simply by cramming the average figures together.

What can you learn from the numbers?

Forget about the scary "$200 per week" stuff – there are some good takeaways from the RACV survey. For example, focusing on cost rather than efficiency when buying a car on finance.

Don't forget about efficiency entirely, but don't sweat it quite as much. Car loans have a way of magnifying the list price of a car, so the price difference is bigger than it seems at first.

For example, let's take a look at the slightly ritzy 5D Ford Modeo Ambiente Turbo with an estimated on-road price of $37,117. Under typical conditions, this medium-sized car costs 10.14c/km in fuel expenses, for about $33 a week at 15,000km driven. You're spending about $1,716 a year on fuel.

Now check out its diesel-powered sibling. For about $4,000 more you can get much better fuel efficiency, dropping it down to only 6.33c/km and only $18 per week. Now you're spending about $936 a year on fuel. You're saving a cool $780 a year or more if you drive a lot.

Over five years the diesel engine has pretty much paid for itself (assuming magically consistent fuel prices for both types). This could be well worth it.

However, buying on finance changes everything.

Car loan rates used at the time of the report meant the pricier diesel raised your repayments by $3 a week. Not a lot, right? But it adds up to $156 per year, which is more than enough to switch. Now you'd have to run the car for close to seven years before the fuel pays for itself. With warranties running out, parts needing replacement and other assorted difficulties that come with age, this makes a big difference.

Every little bit can add up to big savings, which can, in turn, shift the balance of which car is the best. In other words, a different car loan puts you in a different car, so always shop around, especially if you're looking to save money overall by paying extra for an efficient vehicle.

There are some general rules that stand out from looking at the numbers.