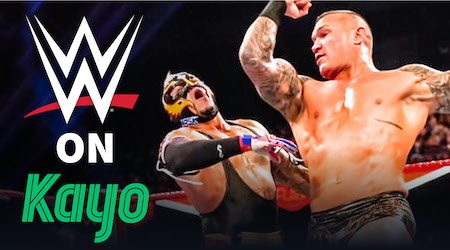 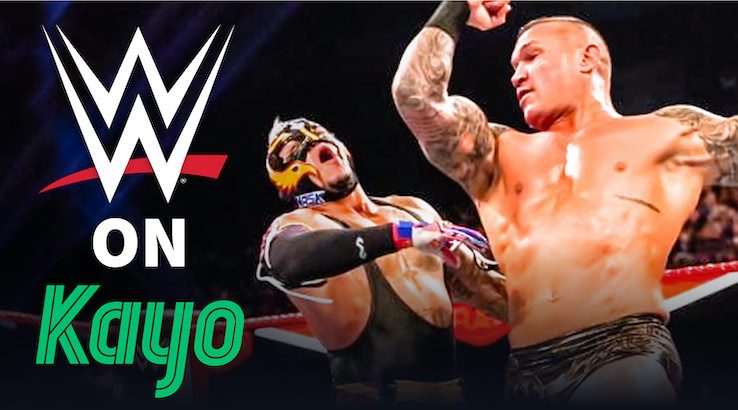 Kayo, the Australian sports streaming app, has just added WWE to its schedule.

There was big news for wrestling fans today with confirmation that WWE will join the list of over 50 sports available through the Kayo streaming app. Starting on January 6 to coincide with the first WWE Friday Night SmackDown of 2020, Kayo will give subscribers access to the ongoing episodes of the "sport".

In addition to SmackDown, WWE Raw and WWE NXT, content will also be available on Kayo after each subsequent live event.

The arrival of WWE on Kayo is an intriguing move for the sports streaming service but not one that is wholly unexpected. Kayo Sports is a sister company to Foxtel, and as such, it has access to all the same broadcast rights purchased by the pay-TV giant. To date, however, Kayo had only leveraged that access to broadcast content from the channels included in Foxtel's sports package.

WWE does not air on one of Foxtel's sports channel. Instead, it's included on Fox8, the company's main entertainment channel. Its adoption into the Kayo service from outside the sports family is sure to raise some eyebrows. But it's definitely a big win for sports fans. At Finder, we're frequently asked by readers whether Kayo has WWE. Now we can answer with an emphatic, "yes!"

Plus, you can try it for nothing thanks to Kayo's 14-day free trial.

Kayo now joins Foxtel and The WWE Network as your main options for viewing WWE in Australia. Plus, you will be able to make use of Kayo's unique viewing features, such as SplitView.

Is WWE on Kayo live?

During the initial week of launch, the WWE content that appeared on Kayo did so as on-demand content only – in other words, not live. This is an anomaly. Kayo may pitch itself as the Netflix for sports, but in truth, it sees itself as very much focused on live sport.

Foxtel has the rights to broadcast the WWE SmackDown, WWE RAW and WWE NXT content live, on demand and in highlights packages. So surely, WWE live on Kayo is inevitable. And we'll update this article if and when it happens. For the moment, at least, it would seem you will be watching WWE content on demand after the live show has completed.

What is the difference between WWE SmackDown and WWE RAW?

As the decades have passed, the differences between RAW (which launched in 1993) and SmackDown (which debuted in 1999) have become harder to discern. But there are some clear divergences.

What is WWE NXT?

Launched in 2010, WWE NXT is a competition created to help discover the next big talent in wrestling. Across the season, aspiring wrestlers battle for the chance to move up to the main roster in future years. It's like the division one to RAW's premier league. For 2020, WWE NXT has become a two-hour live show, and for the first time in Australia, it's being broadcast on both Foxtel and Kayo Sports.

Can you watch Main Event pay-per-view WWE on Kayo?

Periodically through the year, about two or three times a month, the WWE hosts additional major event shows. These are not available in the same fashion as the standard SmackDown, RAW and NXT episodes. Much like UFC or boxing, these special events need to be purchased separately and watched via Main Event or The WWE Network. While Foxtel's Main Event is the destination for WWE pay-per-view experiences in Australia, that service does not transcend to Kayo Sports (or Foxtel Now, for that matter).

So no, you cannot watch Main Event WWE bouts on Kayo Sports.