If you're looking for better stabilisation than your smartphone can offer for video shooting, DJI's Osmo Mobile 3 is the gimbal to buy. 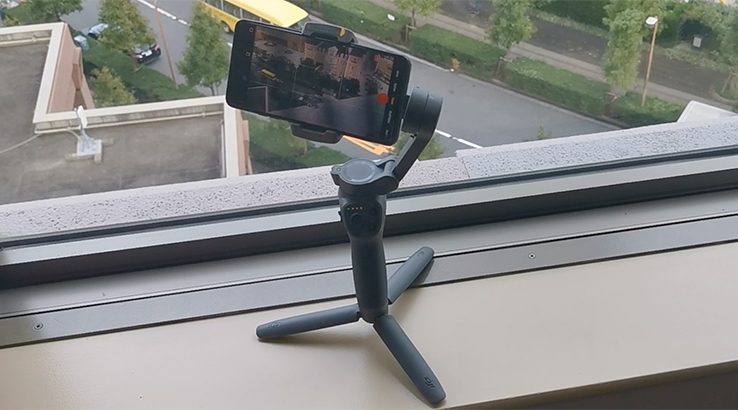 DJI's nicely refined its Osmo Mobile gimbal in its third generation with better portability and improved controls. Gimbals are still a somewhat niche product, but the Osmo Mobile 3 is a great way to up your video shooting prowess with ease.
Price: $159
Buy it from: DJI, eBay, Camera House

DJI is still best known for its wide range of professional-grade drone products, but for a number of years now, it has also put its expertise in stabilisation – vital for any drone – into producing mobile and DSLR gimbals to aid in video and photo shooting.

The DJI Osmo Mobile 3 is the latest generation of that product line, and while DJI hasn't reinvented itself, it's instead refined and improved its Osmo Mobile gimbal in a number of very smart ways, making it an easy recommendation. 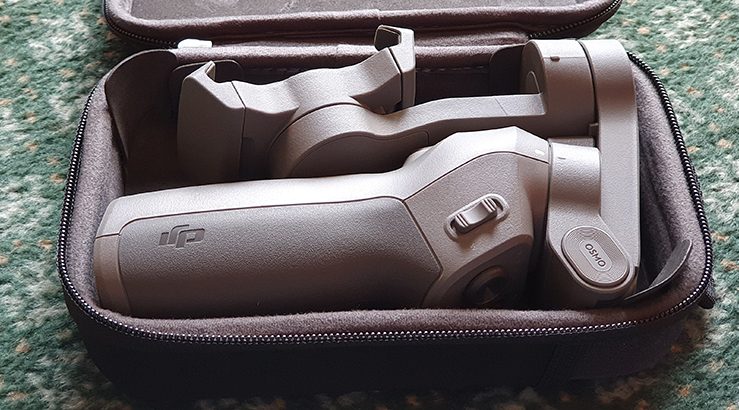 At a distance, you might not pick up the difference between the DJI Osmo Mobile 3 and its predecessors like the Osmo Mobile 2. It's still a relatively dull grey handheld stick with a stabilisation arm that juts out when in use to hold your phone in place.

However, up close, you'll pick up the differences rather quickly. The trigger that was present on the first generation but missing on the second is back, located comfortably on the rear of the hand grip. You've still got zoom controls on the side and on the front a small thumb stick, power button and the "M" button that serves multiple functions depending on your preferences and shooting modes. There's a small learning curve here, especially as DJI treats different types of taps and lengths of press as different functions, but it's not too tricky to understand.

The clamp that holds your phone in place has also changed. Prior Osmo gimbals required delicate balancing with counterweights that meant that you really never wanted to switch your phone in any way, lest you lose the precise weighting. This model has a simple clasp that really just asks you to place your phone as centrally as possible.

I've tested it with multiple handsets, including an Apple iPhone XS Max, Huawei P30 Pro, Samsung Galaxy S10 5G and Samsung Galaxy Note10+, and they all balanced quite easily. You're generally better off taking your phone out of its case if feasible, and that's especially true for the Note10+ because its reversed power button positioning can be tricky to manage in the Osmo Mobile 3.

We're still not at the biggest, and arguably most fundamental change in this generation of OSMO gimbals, though. That's because the entire top clasp folds down on the body for significantly easier transport. There's a trick to this – it took me a few goes before I got the 3D logistics of which way it was meant to drop down properly – but it makes it a significantly more compact and portable device as a result.

DJI sells the DJI Osmo Mobile 3 as a standalone gimbal, or in a "combo" pack that includes a carry case and small tripod base, so you can use it propped up on any flat surface. You may or may not need the tripod base, but the case is a really smart buy, given that otherwise it's likely to be bumping around in your bag, potentially damaging its stabilisation motors.

My one gripe here is that for an official case, it's rather odd that DJI didn't include an internal compartment for the tripod. You end up having to slot it into the mesh enclosure on the outside of the case, which is an ungainly solution.

In power terms, the Osmo Mobile 3 charges over USB-C, where previous generations used micro USB charging. DJI rates the Osmo Mobile 3 for up to 15 hours of battery life, which is more than you'll actually get out of any phone connected to it. Here – as long as you've got the right cable – you can keep the two in symbiosis because you can use the Osmo Mobile 3's power to charge up your handset. You'll sacrifice some of that 15-hour run time of course, but it does mean you can relatively easily keep on shooting. 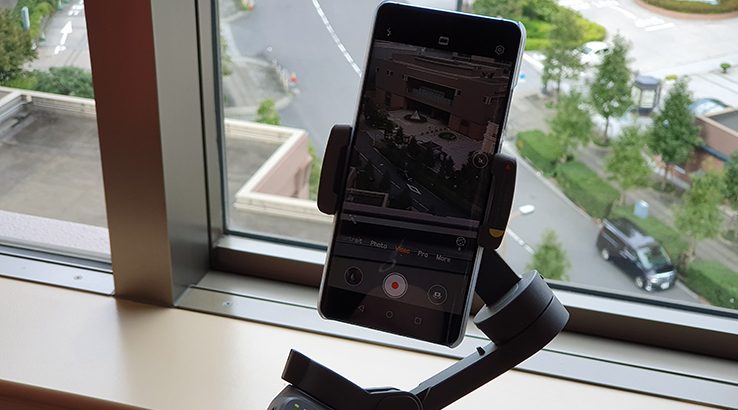 The DJI Osmo Mobile 3 essentially has one job, and that's stabilisation, whether you're shooting stills or video. Getting it fully set up does involve downloading the DJI Mimo app, selecting the Osmo Mobile 3 tab and then pairing it to your smartphone. It's a slightly belaboured process, and in some environments I found it just a little slow. That's probably more a Bluetooth connectivity issue than a specific fault with the Osmo Mobile 3, but it's worth bearing in mind that it's pretty tough to use the Osmo Mobile 3 fully in a hurry.

You can always just slot your phone into it and power it up, at which point it will provide basic stabilisation and nothing else, but if you want the buttons to work beyond the joystick control, you've got to be using – and shooting through – the DJI Mimo app.

The controls really are a joy to use once you get the muscle memory down. New on the Osmo Mobile 3 is the ability to flip between portrait and landscape modes with a double press of the M button as well as "gesture" control if you've got it mounted on a tripod and you're shooting yourself.

I had less luck with the gesture control than I would have liked, which is odd because it's presumably using the same algorithms that it does for its Active Track feature. This allows you to draw a square on your smartphone screen around a subject that you want the Osmo Mobile 3 to track on its own behalf.

Active Track works quite well for most subjects, and I was impressed with how well it could track into the distance for faster moving objects such as cars. Push it hard enough and it can get it wrong, but for a gimbal in this price range it's mighty impressive.

The DJI Osmo Mobile 3 wasn't entirely flawless in my testing period. It only happened a handful of times, but sometimes when first firing up, the gimbal would randomly shudder in a noisy fashion before stabilising itself. It worked after that, but it's slightly embarrassing to be standing in a room full of journalists holding a long thick grey thing that's violently vibrating. The jokes really do write themselves at that point, but equally I could see that being problematic if you were, for example, shooting wildlife and didn't want to startle them.

DJI Osmo Mobile 3: Should you buy it? 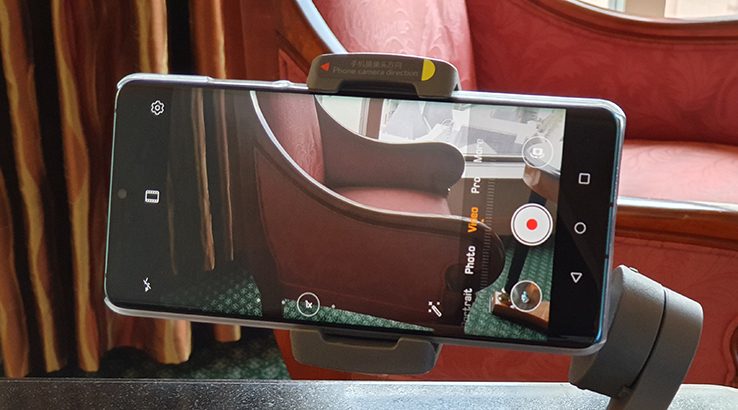 It's still a niche product, mind you. If you're happy enough with handheld video for home purposes, it's probably overkill, but if you're looking for a little more flexibility in your shooting set-up, it's a very easy gimbal to recommend.

The DJI Osmo Mobile 3 sells as just the gimbal itself for $159, or in a combo pack with a tripod and carrying case for $189. DJI's Osmo Shield warranty service, which includes up to 2 years of accidental warranty cover, costs $17.