Divorce lawyers are entering the age of cryptocurrency disputes 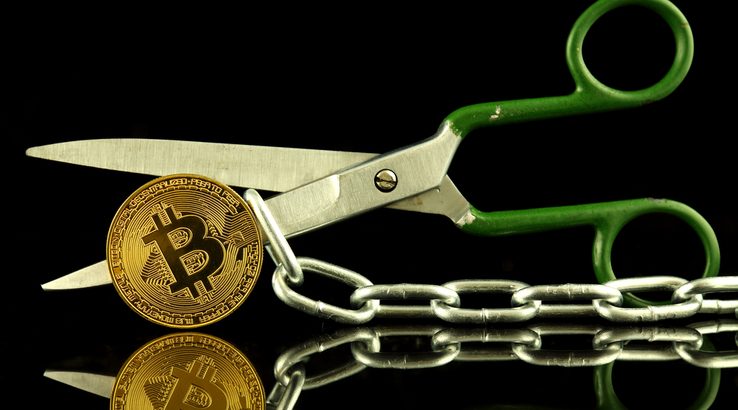 It's bitcoin's 9th anniversary this year and cryptocurrency has started appearing in more divorce proceedings.

It was only a matter of time. Bitcoin is 9 years old now, so plenty of happy couples have had enough time to graduate into unhappy couples. Meanwhile, cryptocurrencies other than bitcoin have surged in recent years, and crypto in general hit the mainstream consciousness like a hammer in 2017. Some of the divorces might also be the result of hubby taking out a second mortgage to buy cryptocurrency right before the crash.

The end result is that divorce lawyers are getting a bit of industry disruption of their own, and now need to figure out how to navigate the technical and legal trickiness of an entirely new kind of asset class in divorce, Bloomberg reports.

Divorce proceedings are getting FUDdier.

"It’s creating another layer of distrust that we haven’t had to deal with before," said Jo Carr-West, a partner at Hunters law firm to Bloomberg. "The public perception that there is a lack of a paper trail causes the anxiety."

Usually, a partner is required to disclose their relevant assets, but there's often concern that they haven't done so. This is especially pronounced with cryptocurrency because there's a lack of obvious paper trails and tangible assets. This is exacerbating the headaches experienced by (ex) partners and their lawyers, especially in high stakes divorces.

It's also costing money, with one partner assuming the other has some crypto assets hidden away, and pursuing an expensive investigation which may or may not uncover anything. But just because it doesn't uncover anything doesn't mean it's not there.

"Cryptocurrencies make things complex if you have a spouse who’s determined to hold on to their money, same as if they were hiding assets overseas," said Victoria Clarke, a solicitor at Stowe Family Law. "We have the tools to trace Bitcoin. The difficulty is that some lawyers don’t necessarily understand it yet – you need knowledge of the asset you’re trying to get hold of."

Tracing bitcoin is relatively easy though. It keeps a nice clean transaction history on the public ledger. If you know the starting wallet address you can usually just follow the money even more easily than fiat currency.

If someone converts their cryptocurrency into a privacy coin like Monero, a favourite of North Korea, criminals and bitterly feuding partners, then it can be almost impossible to prove it even exists, let alone divide it up.

Note: No one's above the law. But for practical purposes, some cryptocurrencies come pretty close. There's no case law around how exactly its nuances should be handled in a divorce, which means precedent is being set as it happens. Lawyers and judges are making it up as they go, essentially.

"The courts are being faced with a challenge it doesn’t have the power to deal with," said Vandana Chitroda, a partner at Royds Withy King. "The court can make a worldwide freezing injunction, but it’s worthless if there’s no centralized power to administer it."

This is the exact same feature that's making national cryptocurrencies especially attractive to countries facing sanctions. Sanctions, freezes and other controls are for banks who are then obligated to enforce them. But cryptocurrencies transfer monetary value directly without necessarily passing through a bank. This makes them functionally impossible to control through most existing laws.

The natural volatility of cryptocurrency is an issue as well. It's one of those problems that courts are currently solving by making it up as they go. The UK might be establishing a loose precedent around multi-step valuations.

"It’s not as straightforward as valuing your ordinary shares and investments," Chitroda said. "There will have to be valuations made at every step in the proceedings. You would then have to agree on a value on the date of the final hearing."

The relationship between cryptocurrencies and institutions of law is already somewhat strained and effective global cryptocurrency regulation is still an unsolved issue. For now, regulators and divorce lawyers mostly have no choice but to make it up as they go and to try applying existing laws as well as they can.