Disney+ free with Xbox Game Pass Ultimate: What’s it worth? 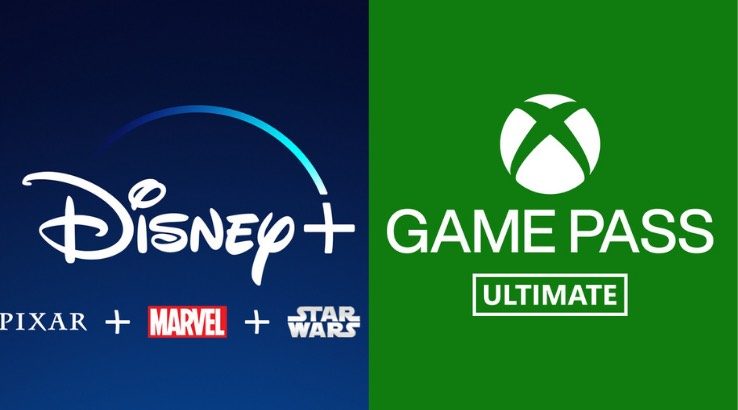 The Disney+ free trial is back for a limited time for some Xbox users. Here's how you can snap up the deal.

A free 30-day trial of streaming service Disney+ is now available as a perk for Xbox Game Pass Ultimate. That means you can enjoy a whole month of Disney+ for free, including hit show The Mandalorian, which just premiered its second season. You'll also have access to popular titles from Marvel, Pixar, Star Wars, National Geographic and Disney itself.

It's excellent news, especially considering Disney+ is no longer offering a free trial in Australia. The only way to watch Disney+ content is to subscribe to the platform for at least a month. The announcement also comes as many Aussies are excited to invest in Microsoft's latest consoles, the Xbox Series X and the Xbox Series S.

There is a catch – only new Disney+ users can take advantage of this offer. So if you already have Disney+ or had a subscription in the past, you won't be able to enjoy the extended free trial.

What is Xbox Game Pass Ultimate?

Xbox Game Pass Ultimate is a subscription that gives Xbox users access to a digital library of more than 100 games, as well as numerous perks, deals and discounts. It also includes Xbox Live Gold, which offers Deals with Gold, Games with Gold and console multiplayer.

Xbox users who subscribe to Game Pass Ultimate get their first month for only $1. After that, the subscription costs $15.95 a month.

Is the offer worth it?

If you were already thinking of getting a Game Pass Ultimate subscription, it's an appealing bonus. With no other Disney+ free trials available at the moment, this is a great opportunity to test the streaming service for a month without charge.

The length of the trial is also generous, considering it's the longest one available yet. A month is more than enough time to sample a big chunk of the Disney+ library, including some of the best movies on the service and a bunch of excellent TV series.

Even if you weren't thinking of trying out Game Pass Ultimate, it's worth giving it a shot for a month, considering the low $1 price tag if you're a new customer. That includes access to more than 100 games, plus other deals and discounts that might catch your eye *and* a month of Disney+ free.

Get deal
Needless to say, if you're not an Xbox user or are thinking of becoming one, getting a game console and a Game Pass Ultimate subscription just to access Disney+ free for a month is… not advisable. After all, subscriptions to Disney+ in Australia cost only $8.99 a month or $89.99 a year. But if you have an Xbox, it's definitely a nice perk.

Upon launch, Disney+ used to offer a free 7-day trial to all new users, so they could check out the streaming experience and watch as many titles as they could for free for a week. That offer has been discontinued.

Woolworths Rewards customers were also able to get an exclusive 14-day free trial to the Disney+ platform for a limited time back in June/July 2020.

If you haven't tried Disney+ yet, the only free trial currently available comes with Game Pass Ultimate. Ultimate members who are new to Disney+ are eligible to claim the 30-day trial through the Perks Gallery on their Xbox console, on the Xbox app on Windows 10 PC or through the Xbox Game Pass mobile app on iOS and Android.

Once you claim the offer, you will be directed to the Disney+ website to activate your subscription. It is only for a limited time – Game Pass Ultimate subscribers only have until 31 January 2021 to claim the trial. We have a comprehensive Disney+ review that can help you decide if you might enjoy the service.

Want to learn more the lates Xbox consoles? Check out our hands on review of the Series X. Not sure of what you can watch on Disney+? See our list of the full Disney+ Australia library. Or see everything new to streaming in November 2020.