Pick of the Litter Disney+ preview: Only the really good boys will make the cut 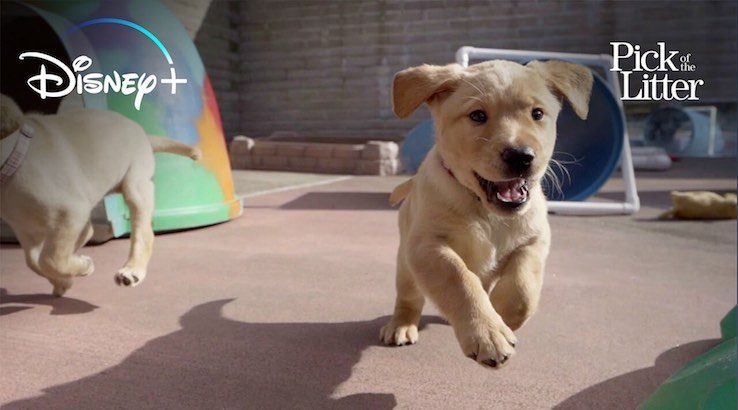 Watch adorable puppies embark on a quest to thrive in the ultimate canine career and become guide dogs.

There's probably one thing we can all agree on – there aren't enough heartwarming shows about dogs out there. Thankfully, Disney+ is set to fix this pressing issue with a new original.

The streaming service is scheduled to release a touching docuseries that focuses on dogs this December, right before the holidays. Here's the complete schedule of upcoming Disney+ titles.

Don't be fooled, though, this isn't your average, cutesy dog-centric show. In fact, Pick of the Litter comes with high stakes, for both the puppies involved and their human companions. Here's everything you need to know to tune in.

When is Pick of the Litter coming out?

Pick of the Litter will come out December 20. Disney+ releases episodes on a weekly basis, so you'll need to tune in week after week to see how the puppies fare on their mission.

What is Pick of the Litter?

Pick of the Litter is inspired by the 2018 documentary of the same name. This time, we follow a new set of puppies as they train to become Guide Dogs for the Blind.

As the voice-over in the trailer announces, "It's really hard to become a guide dog. It takes a very special, confident dog to be able to do this job." Consequently, it's very likely that not all of the doggos featured will get to actually work as a guide dog once their training is complete.

Save your tears for the show, okay? It's a dog eat dog world out there.

Who stars in Pick of the Litter?

Human companions will also be featured, as the show follows these good boys over a two-year period as they train to fulfill their career goals.

Will Pick of the Litter be any good?

Yes. Have you read the premise? It's a show about puppies training to become guide dogs.

If you need an additional reason to tune in, we should mention that the original documentary this show is based on was received with critical acclaim. It currently has a 97% Rotten Tomatoes score, with critics praising it as heartfelt, beautiful and full of joy.

There's no reason why the series shouldn't follow into the movie's footsteps.

Furthermore, we need more uplifting content during these cynical times. Disney+ offers a vast selection of family-oriented content, including memorable family movies and excellent kids' programming. We're sure Pick of the Litter will fit right in.

Finally, the story is really engaging and inspiring. There's plenty of fluffiness involved, but these dogs are basically competing to potentially make someone's life better.

Only the best of the litter will go on to work as Guide Dogs for the Blind and the dedicated individuals who train them will give everything it takes to help the doggos reach their full potential.

We can already anticipate that this series will be an emotional rollercoaster.

Pick of the Litter trailer

New streaming service Disney+ has taken the Internet by storm thanks to its vast content library and user-friendly features. The platform offers not only content from Disney itself, but also Star Wars, Marvel, Pixar and National Geographic.

Original shows and movies are available as well, including titles like hit show The Mandalorian and comedy High School Musical: The Musical: The Series. Users can also watch a live-action Lady and the Tramp, starring Tessa Thompson and Justin Theroux, which is basically required viewing for dog lovers.

Subscriptions for Disney+ in Australia cost $8.99 a month, but new users get a free 7-day trial. You can give the service a spin and check out the library without paying a cent. That should help you decide if Disney+ is a good fit for you.

How to watch the Daytona 500 live in Australia

NASCAR’s iconic Daytona 500 is back for…

The NBA’s highest flyers get a chance to…

How to watch 2020 NBA All-Star Weekend live and free