Is Disney+ looking to partner with anyone in Australia? 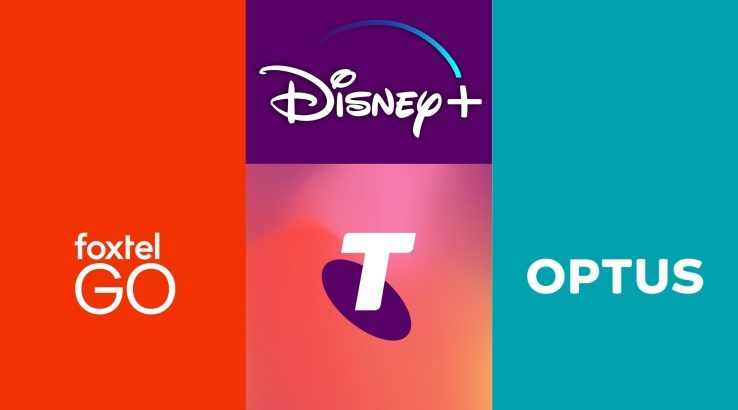 Here's a closer look at the rumours about whether Disney+ will have a telco deal or make its way to the Foxtel IQ box.

Disney+ has only just launched in Australia this week as one of a lucky handful of territories that are initially getting the fledgling streaming service. The ink hasn't even dried on reviews yet, and already there's chatter about partnership opportunities.

It wouldn't be the first time a streaming service has partnered with a household name in Australia, either. In the past, both Stan and Netflix have had partnerships with telcos, offering extended trials and unmetered streaming from mobile-data-using devices on the network.

For now, we've only seen Disney's introductory offer of a free 7-day trial.

Free Disney+ for a year?

According to the Financial Review, Telstra and Optus are both in talks with Disney to offer a Disney+ deal. There's also chatter that Optus and Telstra aren't the only telcos that Disney has spoken to.

Reportedly, the pitch is that should a deal be struck, Disney+ would be offered for free for 12 months to customers using a particular mobile provider. A similar deal was struck with telcos when Netflix first launched in Australia in 2015.

If it follows the past trend of other competing streaming services, this would likely be reserved for the higher-tier plans and would boast unmetered use of Disney+ content.

Not so fast for a Disney+ partnership?

Given that Disney+ has already launched in Australia and there aren't yet any telcos providing any deals relating to this latest entertainment streaming service, it's clear that any Disney+ bolt-ons won't be happening to support the launch.

According to the Financial Review's industry sources, any telco deals involving Disney+ aren't likely to happen during the first few months of the service.

This means that you shouldn't expect to see any until at least early 2020, which suggests that Disney is eager to see how much more it can grow its initial 10 million-plus global user base that signed on when the streaming service first launched in the US, Canada and the Netherlands.

Speaking to the Financial Review, Disney Australia and New Zealand managing director Kylie Watson-Wheeler was hazy on which specific telcos and what kind of deals are being struck for Disney+.

"We're certainly having a variety of conversations across multiple areas," said Watson-Wheeler. "But our plan is to launch standalone first. We want to establish the platform first on its own."

While an Optus spokesperson declined to comment, Telstra was more open to teasing. "We don't comment on speculation. However, we are always looking to offer our customers the best choice of services and entertainment options on Australia's best network."

In July 2019, Netflix was integrated into Foxtel's iQ4 platform. There's now chatter about the same thing happening with Disney+. We covered this at the time, but Foxtel's plan is to aggregate and integrate as many content providers as possible.

It makes sense for Foxtel to add platforms to the Foxtel IQ box to keep its customers viewing with one centralised platform.

At the time, Foxtel's CEO Patrick Delaney expressed an interest in Disney+ on the Foxtel IQ box, saying "If we can reach a deal with Disney to integrate the Disney+ app, I think that would be great."

Delaney added that he felt this was "the new model for everyone going forward" and that users should expect Foxtel to be "one of the ports" for streaming services.

Foxtel is now pulling out all the stops to retain its customers. Foxtel First was a start, but the addition of Disney+ to its services would be extremely coveted, since they've now, along with Stan, lost Disney content.

We'll have to wait and see whether any of this proves to be true. That wait will likely stretch into 2020 as Disney undoubtedly favours first-party sign-ups to its service before sharing with other Australian providers.