Doug: How does Disney+ have a Nickelodeon show? 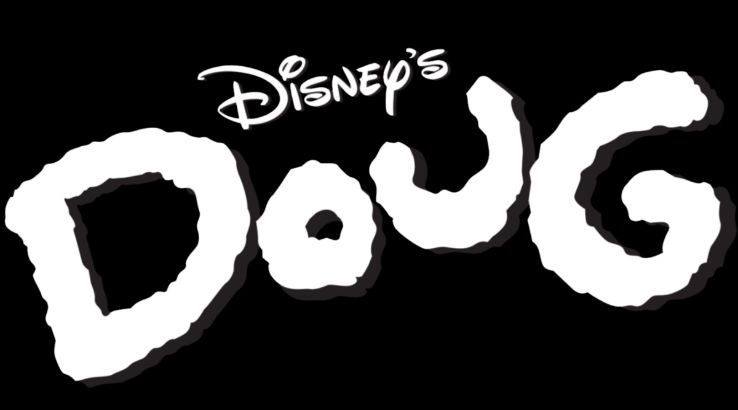 There's plenty to binge from the Disney+ library, including some surprising inclusions like the Nickelodeon series Doug.

Disney+ launched with a bang, offering fans plenty of reasons to sign up. The new streaming platform is affordable at only $8.99/month, comes with some fun features and gives subscribers access to Disney's impressive library of content.

That includes titles from not only Disney itself, but also Marvel, Pixar, Star Wars and National Geographic. In other words, it hosts a generous collection of family-friendly shows and movies, from hit blockbusters to captivating docuseries and iconic TV.

That being said, it's important to note that the library is a work in progress. Disney+ is offering episodes from its original series like The Mandalorian on a weekly basis and there's plenty of exciting content in production, scheduled to be released as the months go by.

Moreover, some titles are currently missing from the Australian platform, with the expectation that they will drop in the near future. That hasn't stopped users flocking to the service thanks to the free 7-day trial.

Until then, there are still hundreds of hours of exciting content only a few clicks away, some surprises included. Take Doug, for example, a Nickelodeon show created by Jim Jinkins that first premiered in 1991. So, how did that make it on to Disney+?

The answer is simple: Disney acquired the series after Nickelodeon cancelled it due to its expensive budget. Only proving once again that the Disney empire is much larger than your Lion Kings and High School Musicals.

Doug is a show that centres on the early adolescent life of its title character, taking place in the fictitious town of Bluffington. Doug has a predilection for daydreaming, which made him very relatable back in the day. In fact, if you were growing up in the 90s, it's likely that Doug still holds a special place in your heart. The show touched on themes like bullying and self-esteem, making it educational as well as entertaining.

Originally, Doug ran from 1991 to 1994 on Nickelodeon, airing 52 episodes in total. The series premiered alongside Rugrats and The Ren & Stimpy Show, but didn't manage to become as popular as these other two shows, at least not in the beginning. Citing its big budget, Nickelodeon decided not to order additional episodes.

Two years later, in 1996, Disney acquired ABC, along with Doug. The media company revived the series as Brand Spanking New! Doug (later known as Disney's Doug) and aired it for three more years as part of ABC's Saturday morning line-up.

Despite the revival receiving mixed reviews, it went on to become immensely popular, inspiring all sorts of merchandise and books. In 1999, following the end of the series, a feature film was released, titled Doug's 1st Movie. As a result, both the revival and the movie are available to stream on Disney+, to fans' delight.

If you haven't met Doug yet, you might want to check it out. It's a classic. Use the Disney+ free trial below and take advantage of the opportunity to tune in to some other buzzy shows as well.

Savings are calculated based on the annual compared to monthly subscription price.
Get deal

If you thought season 1 was engrossing, the stakes are even higher this time around.

Ready to explore another captivating period of time in the Star Trek universe?

The Michael Peterson case gets the prestige drama treatment.

This 3-part series promises to be an explosive affair.

There's nothing better than a good cramming session, especially if it involves staring at a screen.