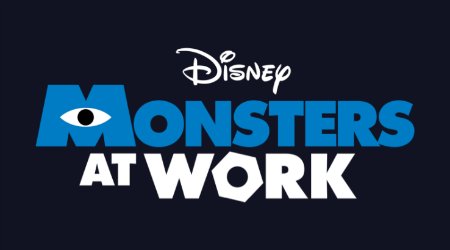 Disney+ arrived in Australia on 19 November, bringing with it an impressive library of content. Now our attention turns towards some of the future titles, as this will be one of Disney's key calling cards.

One of its biggest successes so far is one of its new originals The Mandalorian. Now we've got the details about another one on the way, Monsters at Work. You'll know some familiar faces as this is a spin-off from Monsters Inc and Monsters University, both some of the flicks for kids on Disney+.

Here's everything we know about the show so far.

When is Monsters at Work coming out?

The series will arrive on Disney+ sometime in 2020, but no exact premiere date has been announced so far.

What is Monsters at Work about?

Monsters at Work is a spin-off of the Monsters, Inc. franchise and a direct sequel to the 2001 movie. The show will take place six months after the events in Monsters, Inc, with the monsters busy at work. The entire factory is harvesting laughs instead of scares, so fans will get to see Monstropolis in a new light.

Who stars in Monsters at Work?

John Goodman and Billy Crystal will both reprise their roles as James P. Sullivan and Mike Wazowski, respectively. You might know Goodman from Roseanne, The Big Lebowski or The Righteous Gemstones, to only name a few titles he appeared in. Meanwhile, Crystal is famous for his roles in When Harry Met Sally, Analyze This and City Slickers.

The cast will also include John Ratzenberger, Jennifer Tilly, Bob Peterson, Ben Feldman and Henry Winkler, among others.

Monsters at Work preview: Will it be any good?

It's Pixar, so our money is on yes. If you liked the Monsters, Inc movie, there's a good chance you'll enjoy the series as well. And if you haven't seen the original yet, make sure to give it a stream, because it's a delight.

The movie has a 96% score on Rotten Tomatoes, with critics calling it enchanting, hilarious and timeless. We're pretty sure the series will follow suit, especially since Billy Crystal and John Goodman are reprising their iconic roles. One thing you can bet on: the animation will be top-notch.

Monsters at Work is the second Disney animated series based on a Pixar property after Buzz Lightyear of Star Command, which aired back in 2000 and was highly enjoyable. Plus, Pixar already released a new animated show on Disney+ capitalising on a much loved character: Forky Asks a Question.

A Toy Story 4 spin-off, Forky Asks a Question is actually a series of shorts, with episodes clocking in at about three minutes. Every episode follows Forky, voiced by Tony Hale, as he navigates his new life as a toy and asks important questions like "What is a friend?" and "What is money?".

We're happy to report that this series is an absolute hit, with critics calling it everything from a work of genius to the best Disney+ show.

If this doesn't boost your confidence in Pixar's ability to deliver quality content, nothing will. So until Monsters at Work finally arrives on Disney+, give the platform a try and see if the hype surrounding the Forky shorts is real.

Besides offering titles from the Disney back catalogue, Disney+ will also stream content from Pixar, Lucasfilm, National Geographic, 20th Century Fox and Marvel. New shows, like High School Musical: The Musical: The Series and Lady and the Tramp, were available at launch. A subscription will cost $11.99/month or $119.99/year.

Australia’s best swimmers hit the pool in the battle for Olympic selection.

You signed up for BritBox. Now what?

Find out how four incredible athletes deal with pressure in and out of the pool.

Not all heroes wear capes.

Adapted from the Tony Award-winning play of the same name.

Indulge your inner Brit with one of these top-notch TV shows.

For when watching yet another TV episode just isn’t enough.