The Mandalorian on Disney+: When are we getting Season 2? 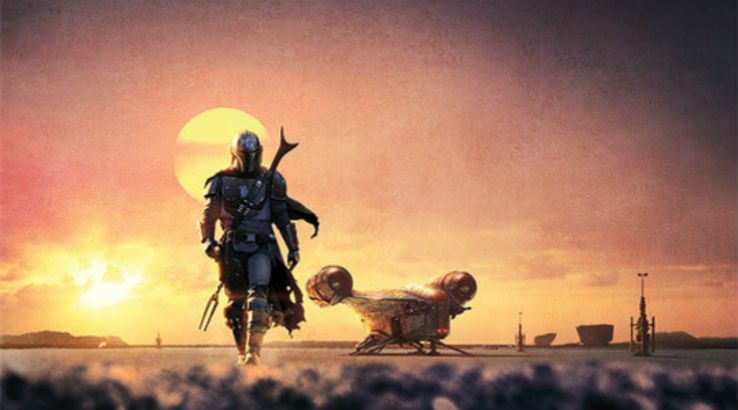 Already excited for The Mandalorian season 2? You'll need to arm yourself with some patience.

With the first season of The Mandalorian wrapped up, fans are already looking forward to the future. The original Disney+ series turned out to be a hit for the new streaming service, with critics and fans alike praising it for its intriguing plot, gorgeous cinematography and thoughtful characterisation.

Not to mention the fact that the show's breakout character, The Child, whom you might know as Baby Yoda, has truly taken the Internet by storm and has become a global sensation due to its cuteness and GIF-ability. All in all, The Mandalorian is the best original production Disney+ had to offer so far, not to mention one of the best TV series to come out in 2019.

As a result, there's no wonder the platform has already ordered a second season of the western space drama, which is currently in production. But when will new episodes arrive? How will the show explore the Star Wars universe in Season 2? And will Baby Yoda still be around when the show comes back? We did a little digging and have a few theories about what's in store.

When will the second season of The Mandalorian release?

On the same note, there's no trailer either, but we expect new footage to maybe drop at Comic-Con in July 2020. Fingers crossed.

How many episodes will be in The Mandalorian season 2?

The Mandalorian season one consisted of eight episodes, which fans couldn't get enough of. Consequently, season 2 should feature eight or ten episodes as well. The show's budget is considerable, so it's unlikely we'll get more.

What can we expect from The Mandalorian season 2?

If you haven't watched Season 1 yet, you might want to skip this section as we're now in spoiler territory. Consider yourself warned.

The Season 1 eventful finale of The Mandalorian finally revealed the titular character's name and saw Moff Gideon wielding the black Mandalorian lightsaber known as the Darksaber. It wrapped up some stuff but also perfectly set the stage for season two, leaving fans desperately wanting more. Now, Din and The Child are a clan of two, on the lookout for Baby Yoda's own kind.

As expected, not a lot of information is available about what will go down in the second season, but we hope that the new season will explore Baby Yoda's origin. Maybe we'll find out more about his species, his home planet and about any blood relation between him and Yoda.

With the two exploring the universe in the search for The Child's own kind, there's a lot of room for new characters to be introduced and old ones to return, so the trip should be fairly memorable. If the series tells us more about planet Mandalore as well, even better.

Will Baby Yoda be in season 2 of The Mandalorian?

Yes. Given the Season 1 ending and The Child's popularity, we're pretty sure we'll see plenty of him in Season 2.

The Mandalorian is only the first Disney+ live-action series set in the Star Wars universe. The media giant is working on two more: a show revolving around Cassian Andor and one that features Obi-Wan Kenobi. Then there's also the upcoming game show Jedi Temple Challenge. We've also heard rumours about a potential Darth Maul series.

Unfortunately, the two series don't have premiere dates just yet, with production for both scheduled to kick off in 2020.

Disney+ offers a generous content library filled with animated classics, family-friendly content and blockbusters. The platform hosts titles not only from Disney itself, but also subsidiaries Marvel, Star Wars, Pixar and National Geographic.

New users get a free 7-day trial, after which a subscription costs $8.99 per month. With all The Mandalorian Season 1 episodes currently on Disney+, you can use the trial to stream the entire thing for free.

Check out Foxtel Now for free

Bitcoin is social distancing from the bullish…

Your guide to the 7 best desks for any type…