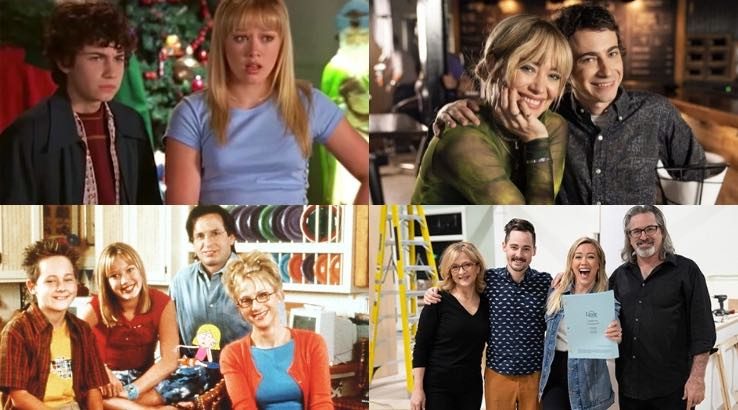 If you haven't bought into the Disney+ hype yet, a Lizzie McGuire reboot might be reason enough to sign up.

New streaming platform Disney+ is taking the Internet by storm. In the US, the service surpassed 10 million subscribers in its first day alone. In Australia, Disney+ became available one week later on 19 November, marking one of the most anticipated launches of the year.

There's no need to wonder why. TV and movie fans get yet another affordable option when it comes to entertainment, this time packed with a massive back catalogue of content from the likes of Disney itself but also Marvel, Pixar, Star Wars and National Geographic. And since Disney owns all titles on the platform, they won't disappear from the library anytime soon.

You can take advantage of the free 7-day trial to give the platform a spin and check out some of the content available.

However, the Australian library does feature some omissions, due to ongoing distributions deals. One of the most notable titles missing from Disney+ at the moment is Lizzie McGuire, the iconic series starring Hilary Duff, which premiered on the Disney Channel back in the early 2000s.

The omission is even more surprising given that Disney+ is feeding our nostalgia and has already commissioned a Lizzie McGuire reboot, currently in development. So when will grown-up Lizzie hit our screens? And who will come back? Here's everything we know so far.

If you were growing up during the early 2000s, you probably remember this hugely popular show. Lizzie McGuire aired on Disney Channel for two seasons, premiering in 2001. The show wrapped up after 65 episodes. It was followed by The Lizzie McGuire Movie, a feature-length film that came out in 2003 and served as a series finale.

The story itself centres around Lizzie, the titular character, as she faces the regular issues a 13-year-old might deal with including school, hormones, romance and awkward parents. However, what really made the show stand out was the fact that Lizzie's thoughts came to life through her animated persona, which sometimes spoke directly to the audience. And, of course, Hilary Duff's memorable performance in the lead role.

Who is returning for the Lizzie McGuire reboot?

Hilary Duff already confirmed that she will be returning as Lizzie. She'll also have her family close by as Jake Thomas, Hallie Todd and Robert Carradine are reprising their roles as Lizzie's parents and brother for the reboot. Moreover, it was recently announced that Adam Lamberg will return as Lizzie's childhood best friend, Gordo.

What will the story be?

The reboot will follow Lizzie in the present day, just as she's entering her 30s. "She's not going to stay in Brooklyn too long, actually. That's where she's been, but she'll be coming back to Los Angeles. She's forced out of New York. She's like, I can't be here anymore," Duff told Vulture.

Lizzie also won't be dating Gordo in the new series – in fact, she'll have another boyfriend, at least at first. But with Lamberg returning, we're guessing there's still hope for those two to make it work.

All in all, it looks like the reboot will focus on how Lizzie comes to terms with adulthood and learns to navigate the complicated ups and downs of life, from finding the perfect job to maintaining a healthy relationship.

Is Miranda going to be in the Lizzie McGuire reboot?

Along with Gordo, Miranda was Lizzie's close friend in the original series. She was portrayed by Lalaine but did not appear in The Lizzie McGuire Movie.

It's unclear at this point whether Miranda will make an appearance in the reboot, with the current cast seemingly unable to talk about any other characters that might return (at least not yet). We'll have to wait for official casting announcements courtesy of Disney.

Where can I stream Lizzie McGuire in Australia?

Since we have a few more months until we can enjoy some fresh Lizzie McGuire content, you might want to revisit the original series. Both seasons of the show are currently streaming on Stan but expect them to migrate to Disney+ soon. While The Lizzie McGuire Movie is available on Disney+.