How Disney+ launch impacts Foxtel and Stan in Australia 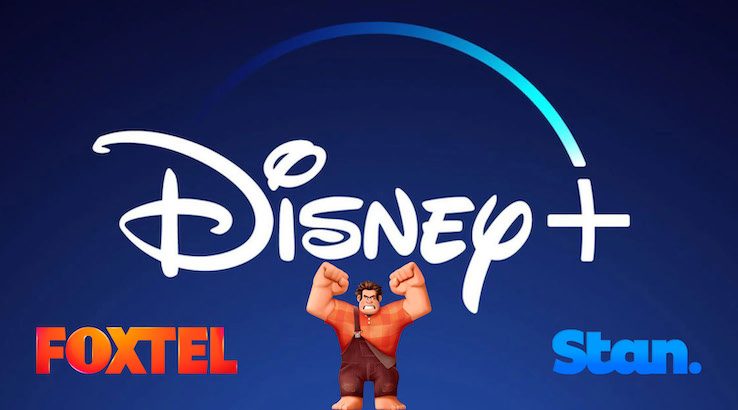 How has the launch of Disney+ in Australia impacted rival streaming TV giants Stan and Foxtel Now? Well, significantly…

After months of hype, Disney+ is here. On 19 November, the Mouse House launched into Australia and brought with it a new era for online TV streaming; an era in which new movies and TV shows from Disney will only appear through one streaming TV service. Furthermore, the existing library of Disney content will continually migrate across over the coming months and years.

As we will detail, in the case of Stan and Foxtel Now, that migration is near complete.

What movies and TV shows are owned by Disney?

Of course, the word "Disney" does little justice to the sheer size of the company's suite of brands. While Disney's famed animated movies and cartoons, as well as nearly a century of live-action content, is nothing to sneeze at, it's but the tip of the iceberg. Disney+ has access to so much more.

There's all the Marvel content. Star Wars, Indiana Jones, Willow and everything else from LucasFilm. The stunning animated films from Pixar. Everything from Fox, National Geographic, ABC (the US version) and more.

Indeed, one of the biggest business advantages for Disney+ is the fact it actively makes its competitors worse. Unlike Apple TV+, which is all-in on creating new original content, Disney+ is pulling content away from competitors and using it as the foundation from which to launch fresh experiences.

Moving forward, it will also be the only streaming service for new movies from these major brands – once they have finished any cinematic run, of course. Or exclusively in the case of the new live-action Lady and the Tramp, and Christmas-themed, Anna Hendrick and Bill Hader led Noelle.

How has Stan and Foxtel been affected by the Disney+ launch?

Within hours of Disney+ launching into Australia, we explored both the Foxtel and Stan content libraries. There are a few stragglers, but for the most part, Disney content is gone.

Foxtel still has Solo: A Star Wars Story, as well as one Simpsons episode a night (live only, not on demand). But all the Pixar and Disney content has been pulled. Marvel and all but the aforementioned Star Wars film are gone, too. Indeed, both Disney-branded channels (one in Kids, one in Movies) are deleted. However, the National Geographic content remains.

Stan is looking just as barren. Where just a few days ago you could happily stream Wall-E, for example, it's been expelled from Planet Stan, as much as humankind had left Earth behind in the film, off to become a drifting ark of intergalactic fatties.

That's not to say that Stan and Foxtel Now are bereft of content. Far from it. And Disney+ has no intention of being home to its mature content, meaning the likes of Aliens, Die Hard and Predator are set to continue on other services. But the impact of Disney+ will certainly be felt by customers of these services.

For those wondering about Netflix, it's largely unaffected by Disney+. Well, outside of the obvious loss of market share, which we dive into more in our Disney+ vs Netflix article. Such is the streaming TV giant's catalogue of original movies and TV shows, the loss of a Disney product isn't nearly as felt. Indeed, a cursory look shows that Netflix has even picked up some rights. Indiana Jones, until recently on Foxtel, has jumped across, for example.