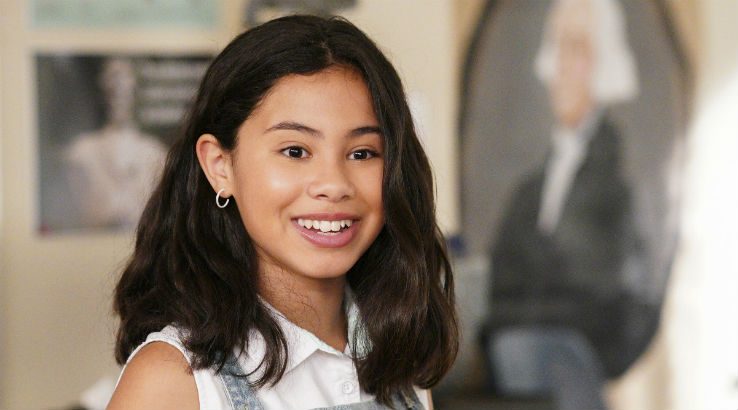 You get a front-row seat to the origin story of a future leader.

Streaming service Disney+ is doubling down on original content. The platform will premiere a new original show next month, coming from the mind of Ilana Peña, who also worked on the underrated yet brilliant series Crazy Ex-Girlfriend.

The new Disney+ production, Diary of a Future President, sounds like an inspiring, feel-good show with a focus on diversity. Gina Rodriguez, the star of Jane the Virgin, is an executive producer and she directed the first episode and will have a guest star role. Here's everything you need to know before you tune in.

What is Diary of a Future President about?

Diary of a Future President centres around Elena, a Cuban-American 12-year-old girl navigating the ups and downs of middle school while she begins her journey to become the future president of the United States.

According to the official synopsis of episode one, the protagonist struggles when she forgets to do a homework assignment for the first time and has to decide whether or not to keep a secret about her former best friend. All in all, this sounds like the type of Disney series that both adults and young adults can enjoy.

When does Diary of a Future President come to Disney+ Australia?

The new show will premiere on Disney+ on Friday 17 January 2020. Episodes will be released on a weekly basis.

Who stars in Diary of a Future President?

Elena is played by up-and-coming actor Tess Romero, whom you might know from Blindspot. Newcomer Charlie Bushnell plays Elena's older brother, while their mother is portrayed by Selenis Leyva (Orange Is the New Black).

The cast also includes Michael Weaver (Here and Now), a love interest for Elena's mom. As for Gina Rodriguez, she will play a grown-up version of Elena as the president of the United States.

Will Diary of a Future President be any good?

We very much hope so. A trailer for the show hasn't been released yet, but given the behind-the-scenes talent, we're not particularly worried. The series was inspired by Ilana Peña's own childhood, and the fact that Gina Rodriguez took such a prominent role in producing and marketing the new show is a very good sign.

Diary of a Future President could end up being particularly inspiring for young girls, as it portrays a confident and opinionated 12-year-old who grows up to become president. Needless to say, if all goes well, Elena is likely to become a role model for a lot of Disney+ subscribers who are around the same age.

New streaming service Disney+ offers a wide content library, including family-oriented movies, superhero blockbusters, as well as TV shows. The platform comes with titles from not only Disney itself, but also subsidiaries Star Wars, Marvel, Pixar and National Geographic.

A subscription to Disney+ costs $8.99/month, but new users can get a free 7-day trial. And if you really love the platform, you can also sign up for $89.99/year.