Aladdin spin-off potentially in the works for Disney+ | Finder

Rumour: Disney+ might be working on an Aladdin spin-off for Prince Anders 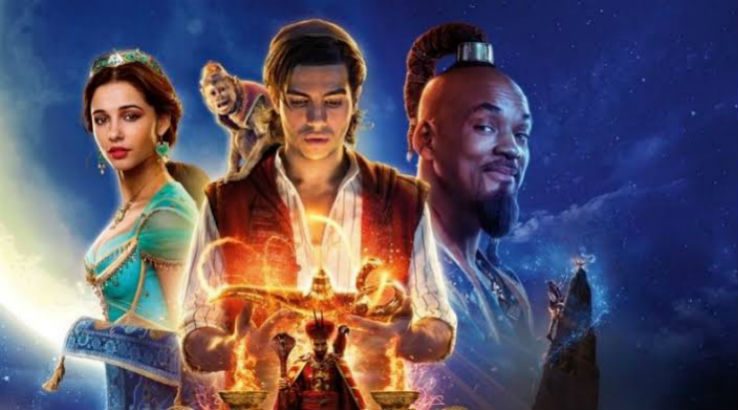 Aladdin may be getting a spin-off, but it might not be quite what fans were hoping for.

Disney's Aladdin has been a huge box-office hit, making the media giant more than US$1 billion since its release back in May. There's no wonder Disney is looking to expand the movie's universe with new, exciting properties.

According to The Hollywood Reporter, a spin-off is already in the works for streaming service Disney+. It will reportedly focus on Prince Anders, portrayed by Billy Magnussen in the box-office hit.

Prince Anders was a minor character in the movie but managed to land quite a few laughs and as it turns out, make a powerful impression on the entertainment giant. Deftly portrayed by Magnussen, Anders had a flamboyant personality and was a suitor for Princess Jasmine.

The spin-off won't be a direct sequel for the movie, but it's worth pointing out that Disney is exploring the possibility of sequels as well. The Prince Anders spin-off is only in the planning stages so far.

Writers Jordan Dunn and Michael Kvamme will pen the script, while Aladdin producers Dan Lin and Jonathan Eirich will helm the spin-off. According to THR, Magnusson was the one who came up with the idea and played a role in the project's development. If all goes well, this will make Aladdin the first Disney live-action remake to score a spin-off.

While upcoming Disney+ titles have been generally met with excitement so far, the recent announcement of the Aladdin spin-off sparked mixed reactions online.

It's easy to figure out why. Aladdin is set in the Middle East and features an ensemble comprising mostly of people of colour. Yet, the spin-off will centre on a Caucasian character, one who played a minor role in the film. No one is denying Magnussen's obvious talent and scene-stealing abilities, but the choice seems a bit odd.

Plus, the timing of the reveal was unfortunate, to say the least. It came only days after the star of Aladdin, Mena Massoud, opened up about being unable to get a single audition after starring in the box-office hit, despite the movie's huge success.

We'll file this under awkward until more information about the upcoming project is released.

The Aladdin spin-off joins the list of Disney+ titles currently in development, along with other highly anticipated properties. The media giant is working on Marvel series Falcon and the Winter Soldier and a Star Wars series about Cassian Andor, among other upcoming releases.

A subscription to Disney+ costs $8.99/month. However, you can sign up for a free seven-day trial and give the platform a try to see if it's right for you. We recommend you check out hit show The Mandalorian, 2019 blockbuster Avengers: Endgame and upcoming docuseries Pick of the Litter.

The live-action Aladdin is available to watch now on Disney+.