The best dishwashing liquids in Australia

For this list, we picked products based on actual customer reviews and ratings on Amazon and Catch. For every category, we carefully chose parameters based on our research and determined products with the highest review score within those parameters. 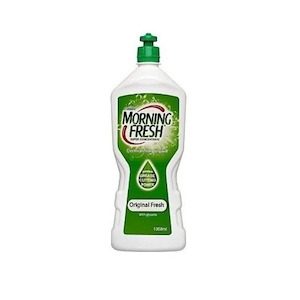 Morning Fresh's Super Concentrate Dishwashing Liquid is our pick for the best overall dishwashing liquid. It has an average rating of 4.85 out of 5 stars from over 400 reviews on Amazon and Catch.

The Morning Fresh Super Concentrate Dishwashing Liquid features superior grease-cutting power. One squirt of this super concentrated product is enough to remove dirt and grease from a pile of dishes, leaving them spotless and sparkling clean. This dishwashing liquid is also tough on nasty grime. According to the manufacturer, one bottle can also clean up to 8,000 plates. It is dermatologically tested and biodegradable as well.

Apart from being potent, customers loved that this dishwashing liquid rinses quickly and leaves their plates spotless. It has a thick consistency that easily removes dirt with little to no effort at all. Some people even mentioned that it works effectively on baked-on food. However, because the formula is super concentrated, it may irritate those with sensitive hands. Its scent is also quite overpowering, but it quickly dissipates after rinsing. 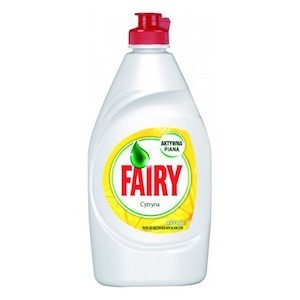 For sensitive hands, we recommend the Fairy Dish Washing Liquid Sensitive as the best dishwashing liquid. It has a rating of 4.5 out of 5 stars on Catch.

The Fairy Dish Washing Liquid Sensitive is formulated with tea tree, ensuring that your hands don't get irritated when washing dishes. The liquid is also concentrated and cuts through grease instantly. It leaves plates and other dishes spotless, ensuring that dirt and grime are removed without any residue. Apart from cleaning 50% more dishes per bottle, this sensitive version contains active suds for optimum results.

This dishwashing liquid has a gentle formula that many people found non-irritating and suitable for dry and sensitive hands. Its consistency is quite runny but still potent enough to remove even the most stubborn dirt on plates. It also leaves crockery, glasses and even pots sparkling clean with just a few washes. At only $3.99 for a 450ml bottle, this product is quite affordable. However, some customers found the scent too overpowering, which may be a con if you're sensitive to fragrance. 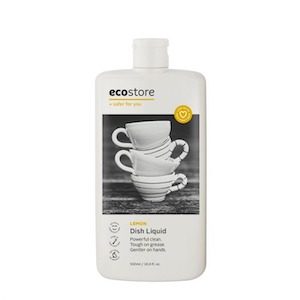 With an average rating of 4.75 out of 5 stars on Amazon and Catch, we picked the Ecostore Dishwash Liquid as the best natural dishwashing liquid.

The Ecostore Dishwash Liquid is a potent plant and mineral-based product formulated to leave your dishes and glassware clean and grease-free. According to the company, one squirt (about 8ml) is enough to clean a sink full of plates. This organic dishwashing liquid comes in 2 scents: lemon and grapefruit. You can also purchase it in a fragrance-free version.

The Ecostore Dishwash Liquid is cruelty-free, soap-free and vegan. It is also made without SLS, artificial colours and synthetic fragrance. People mentioned that it creates a nice lather that effectively removes dirt and grime. According to one customer, the product is even safe enough to use for washing fruits and vegetables. The Ecostore dishwashing liquid also leaves dishes sparkling clean, comparable to other dishwashing liquids in the market. However, a few customers said that it doesn't remove baked-on food. It is also difficult to rinse, according to others. The Palmolive Original Dishwashing Liquid is our choice for the best dishwashing liquid for hard water. It has an average rating of 4.25 out of 5 stars from over 600 Amazon and Catch reviews.

The Palmolive Original Dishwashing Liquid is formulated to be tough on grease but gentle on the hands. According to the manufacturer, it contains readily biodegradable surfactants that lift off dirt and grease from your dishes, leaving them spotless. This product is made in Australia and 100% recycled with the bottle being recyclable as well.

Apart from being affordable, many customers loved that this product doesn't cause any irritation. Its scent is fresh and subtle. It also removes water spots and limescale from dishes and glassware, suitable if you live in an area with hard water. Some customers also said that it instantly cuts through grease and removes odours from plastic containers. However, it's not as concentrated as other dishwashing liquids in the market. One customer also experienced an allergic reaction using this product, but this seems to be an isolated case. 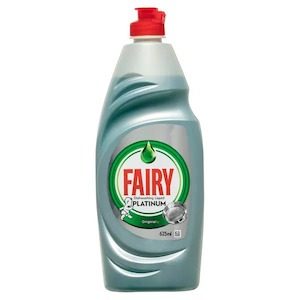 For the best dishwashing liquid for grease, we picked Fairy's Platinum Dishwashing Liquid Original, which has an average rating of 4.55 out of 5 stars from Amazon and Catch reviews.

The Fairy Platinum Dishwashing Liquid Original is formulated to tackle the toughest of dirt and grime, leaving your dishes shiny and clean after every wash. It has a strong cleaning power that effectively removes baked-on food and grease without any overnight soaking. The product also features long-lasting suds from every drop, ensuring that every nook and cranny of your dishes is coated and cleaned.

The Fairy Platinum Dishwashing Liquid Original is an ultra-concentrated dishwashing liquid that helps remove grime and grease in no time. People loved its potent yet gentle formula that doesn't irritate hands. It also lathers well, which helps clean bigger dishes and plates a lot faster. But because this product is potent, you might need to rinse your dishes well to ensure that it doesn't leave any residue. Several customers also found Fairy Platinum's scent overpowering, but this seems to be a minor concern.

Dishwashing liquids can be divided into 2 main types:

How to compare dishwashing liquid

When comparing dishwashing liquids be sure to consider:

If you have sensitive skin, avoid dyes, bleaches, added chemicals and ammonia. Most dishwashing liquid bottles state clearly if they're suitable for sensitive skin.

Phosphates are bad for your skin and the environment. They can also cause algae blooms after going through water systems. Try to find phosphate-free dishwashing liquids where possible.

This is a matter of preference. Some dishwashing liquids have quite strong scents. Most brands offer a few options so you can choose a fragrance you know you don't mind.

Some bottles are designed to foam. This means your liquid comes out of the bottle already foamed, so you don't need to put in any effort to create a lather. Foaming liquids can be convenient if you're quickly cleaning one or two small items.

Dishwashing liquid can be made from ingredients around your home, although the effectiveness of these cleaners varies. We recommend testing a small batch of any DIY cleaner before using it to make sure it's effective and doesn't cause any skin reactions.

Dishwashers vary in terms of water efficiency, but newer models are designed to use less water than you'd use washing by hand. Dishwashers also use hotter water which cleans dishes more thoroughly. However, you might not save water if you pre-rinse your dishes or if you run the dishwasher before it's full.

Hand-washing varies depending on routine. If you leave the tap running the whole time, it can be a very wasteful process. It can be more efficient if you fill the sink, soak and scrub, all while being mindful of how much water you're using. Hand-washing is an immediate way of keeping on top of dirty dishes and not letting them pile up.

Learn more in our guide to the best dishwashers in Australia.

Where to buy dishwashing liquid online

More options on where to buy dish soap online.

I tried the Vogue Wine Diet just because Paper towel buying guide: How to find the best paper towel for your kitchen