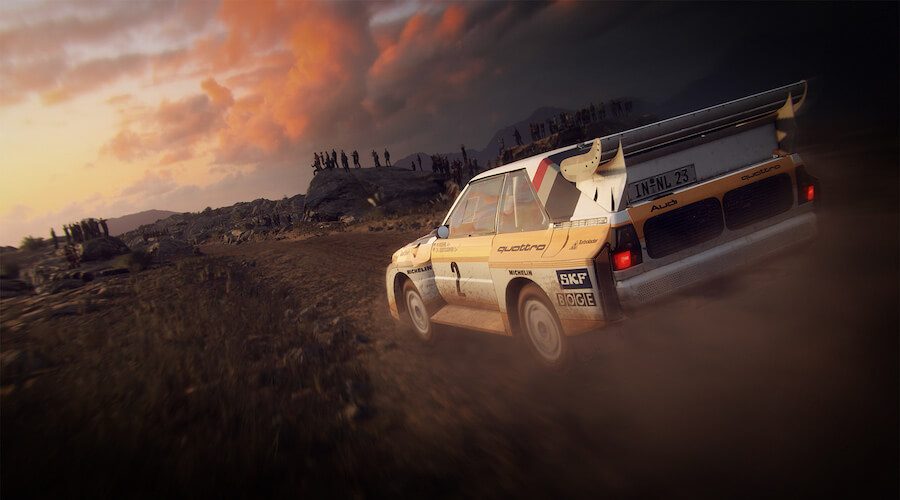 Straight must-buy or Easy Left in the store, maybe?

Since its inception in 1998, the Colin McRae franchise has driven a long and winding road. Codemasters rebranded and threw their own roadbook out the window once or twice, sometimes resulting in wrong turns and yellow flags thrown up by long-time scrutineers such as myself.

We've been made to run the full gamut of the racing genre here: arcadier pursuits, Americanised gymkhana fests, destruction derbies and dedicated simulations. Thankfully, Dirt 2.0 veers back towards the purists and delivers a flying finish.  This latest incarnation feels like a direct continuation of the controller-bitingly difficult Dirt Rally – nothing but realistic driving physics tuned to perfection by real-life wheelman (and eSports champion) Jon Armstrong. There's also a laser-focus on rallying and rallycross here. Forget those hoonigan shenanigans of Dirt 3 (2011) and Dirt: Showdown (2012). They are but an ugly speck in the rearview mirror.

You'll also get your driving gloves on fifty odd cars divided into 14 categories. If you're new to rallying and don't want to end up upside-down with your co-driver chastising you from inside the glovebox, here are a few recommendations on which ride to start with. Lower-BHP vehicles, like one of the 1960s FWD classics, or something from the modern R2 class, are both perfect for wrapping your head around throttle balancing, instead of a tree somewhere. They'll also help you literally get to grips with getting sideways while transferring weight safely.

Folks who already know how to smash out clean stages (as opposed to cars panels) will no doubt gravitate to the beefier vehicles on offer. There are plenty of 4WD and RWDs to bush-bash in, not to mention the absolute monsters from the legendary Group B years. The untamed spirit of the latter cars has never been captured better in a video game. They are, in a word, terrifying.

They're also a pure joy for automobile audiophiles out there. While I'd never throw shade at the lovely whine of a modern turbo, the throaty screech of an OG, naturally aspirated V6 is what good sound systems were made for. The cherry on top: listening to the calls from professional co-driver Phil Mills increase in speed and tension as you inch closer to the land speed record. 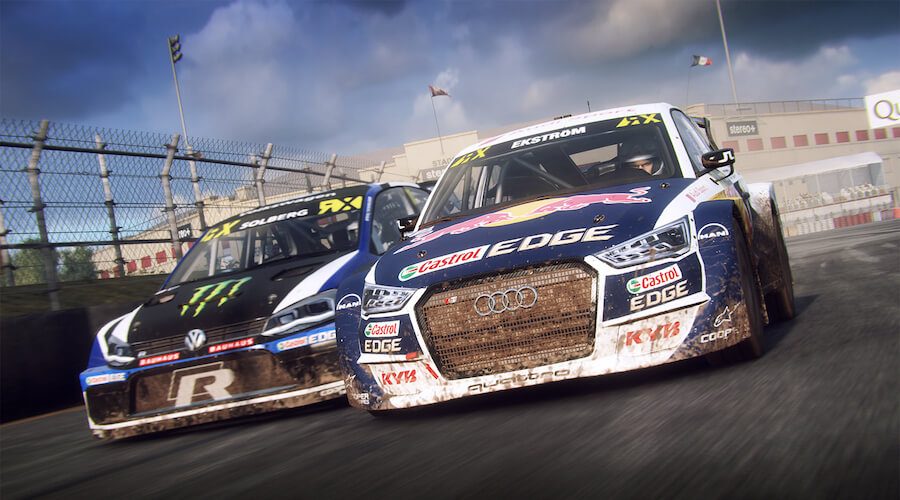 Handling-wise, Codemasters has sped towards realism but braked short before going off the deep end into the near-mythical difficulty of Richard Burns Rally. I primarily get my fix via a steering wheel, however, the short holidays I took with a controller were surprisingly pleasant. It was immediately obvious that throttle balancing has been tweaked to a touch more accessible than Dirt Rally and Codie's new tyre modelling system has paid dividends. Every single vehicle in the stable provides a different and thoroughly engaging conversation between car and driver. I honestly couldn't tell you which out of the 50 I enjoyed chatting with the most. We'll be happily rabbiting on for months.

That sensation is greatly enhanced when you're on a decent force feedback wheel – the way your tyres interact with these loose surfaces is just on another level compared to the older games, especially when you factor in the new track degradation.

Basically, as the divots deepen, so too do the driving strategies. Fresh courses are a little more slide-happy, as there's a fine patina of leaves and debris yet to be scattered. Conversely, playing catch up is a drag, especially when the impressive weather system turns everything awful as your rally day progresses. What started as a lovely brown surface will become a rut-filled chocolaty nightmare that looks like it's been attacked by Augustus Gloop. 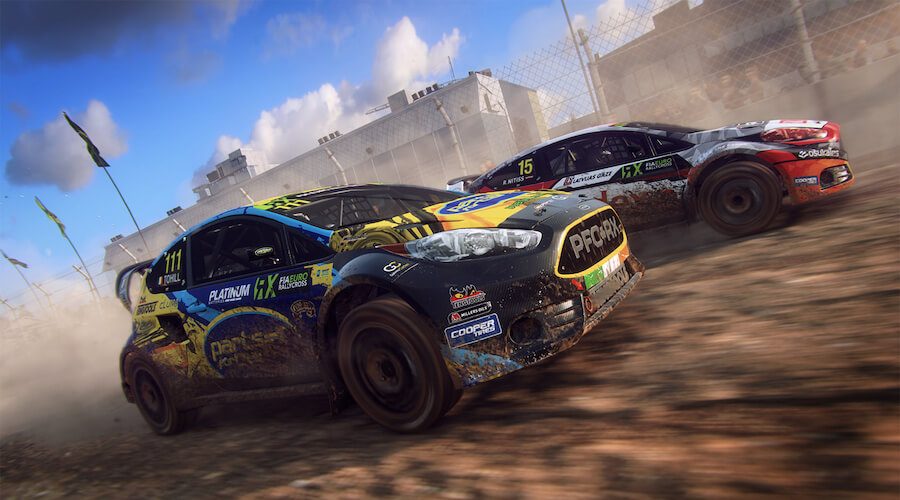 I loved the added layer of having to adjust my approach and car setup accordingly. For the former, it definitely felt that running smack bang in the middle (10th-ish) for a while would make the going easier before I made my move. That said, when I was lagging I could take advantage of the existing grooves to read and nail corners a little better. Setup-wise, if you're playing catch-up you'd best reconsider your tyre selection (another new addition), and also raise the ride height while softening suspension to mount a better counter-attack when you're in the trenches.

It cannot be understated how sublime and nuanced the handling is in this sequel, no matter which car you're in or what mode you've gravitated to. There are quite a few on offer, including a career mode that lets you micromanage your crew a bit more than usual, a WRX Championship mode, Historic Championships and a new Time Trials addition that lets you perfect runs in optimal conditions. None of these modes are particularly ground-breaking, but there's certainly plenty to chew through, or you can just dive into any car or track combo straight off the bat with Free Play.  Sadly, the number of stages and locales is where DR2 stalls. Offering six different countries and having not one of them produce an icy challenge just doesn't feel like enough (for the record that's: Argentina, Australia, New Zealand, Poland, Spain and the US). Likewise, only eight Rally Cross tracks feel tightfisted. None of this is helped by Codie's decision to retire the procedurally-generated "Your Stage" feature from Dirt 4. The sheer thrill of taming some strange, completely randomised track is a heavy loss and I do hope it hasn't been mothballed for good.

Codies could have been more generous, but it's honestly pretty hard to hold a grudge when what's on offer is this fantastic. Dirt Rally 2.0 looks and sounds phenomenal when the heavens open up and the new damage system is shredding your car to bits at 60fps. More importantly, the non-newbie-pandering driving physics are simply the best work produced by this dev in years. 2017's Dirt 4 cast a cloud over the future of this franchise, but I'm Colin it now: Dirt Rally 2.0 represents a new McRae of light.

Dirt 2.0 was reviewed on PlayStation 4 with a copy provided by the publisher.

Dirt Rally 2.0 is a (code)masterfully executed drift away from the less-than-perfect Dirt 4. Lacks features but the handling has never been this good.