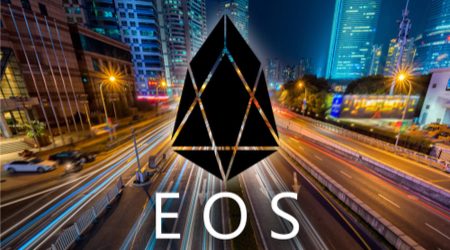 The evidence is somewhere between compelling and damning, and all around unsurprising.

Ethereum developer "Justo", lead developer of Team JUST which is the creator of Ethereum games Fomo3D (an exit scam simulator) and P3D, has accused EOS insiders of launching an ongoing spam attack against Ethereum to artificially raise Ethereum network fees. He presents some fairly compelling evidence.

Justo points to this contract. It's a piece of work called iFishYunYu that represents a featureless and useless token called iFish. The fishy token does nothing whatsoever, but for some reason a whole lot of accounts are spending a fortune in gas to just constantly move it around at a total cost of about 50 ETH (about US$22,000) per hour in gas fees. That's quite a lot of money for someone to spend on nothing whatsoever.

He follows the trail to a single token minting a couple of weeks ago, in which about 5 billion of these worthless fish tokens were created. These were then distributed to other accounts that would in turn distribute them among even more accounts.

So the recently-spammed fish tokens were all centrally created and deliberately spread to hundreds of different wallets at about the same time. These wallets then started throwing them around to each other across thousands of transactions at an enormous total cost for no discernible purpose other than spamming the Ethereum network.

According to Justo, the same figure was a very active participant in all the recent Fcoin spam. Fcoin is a shady-looking exchange which deliberately encourages people to spam the network to vote on token listings, with a voting system, where one deposit equals one vote. So the more transactions someone sends, the more votes they get. The exchange itself works with what some people have described as being a Ponzi scheme couched in an exchange token. The gimmick is that users are reimbursed 100% of all transaction fees. The catch is that they pay fees in real money like BTC or ETH, and then get reimbursed with the dubious Fcoin native token, which some have said is being ham-fistedly wash traded.

To find the culprit though, you have to find out who's funding all the Ethereum to pay the gas fees. Justo followed the trail back a very long way, and supposedly ended up at the EOS crowdfund wallet, which pulled in enormous amounts of Ethereum and dispensed enormous amounts of EOS in return.

Assuming Justo's sleuthing is correct, it seems more likely than not that EOS is behind the Ethereum spam. EOS has billions of dollars' worth of ETH to spare and has previously shown a great willingness to waste millions of dollars' worth of crypto on efforts to undermine Ethereum. The timing is good for EOS too. The head of EOS has managed to wrest RAM prices back down from its worst excesses, so now might be the time to try to persuade developers to come to EOS, pointing at its currently low prices and Ethereum's currently high prices.

Philosophically, it's hard to say whether this constitutes an attack. Ethereum is a decentralised network, so anyone can choose to use it as desired. Arguably, these spam attacks are just someone using the network in a way that others don't like. In the true spirit of "code is law", some might say that it's just as valid a use of Ethereum as any other and that if it's possible, it's allowable. Financial incentives, such as the high cost of spam attacks, are designed to serve as deterrents, but it's hard to account for entities that are willing to throw away millions of dollars.

It may also be worth noting that projects which clearly have no future will naturally struggle to find experienced cryptocurrency developers. Those who do have experience have already made a fortune and so aren't too motivated by money, while those who are just in it for the money would rather be heavily invested in a quality project with a good team. In any case, there are plenty of opportunities for experienced cryptocurrency developers to have their cake and eat it.

As such, there's no real reason for a good developer to shack up with a bad project, no matter how much money they can offer. This effect might be visible in EOS, where it hosted a record-shattering multi-billion dollar ICO, but the coding itself was reportedly quite shoddy with security firms picking up devastating eleventh hour vulnerabilities right before launch, and freelancers pocketing bounties for dozens of bugs while turning down job offers from EOS.

In cryptocurrency, money often can't buy a bad project a good team. EOS might simply have nothing else to do with its funds other than to repeatedly launch expensive attacks against perceived rivals.