When to go, where to stay and what to do when you arrive in Sin City.

Hedonistic debauchery thrives in the glitzy city of Las Vegas. Fondly nicknamed Sin City, it’s a place where punters can let their hair down, try their luck at the pokies, party inside infamous clubs, catch an acclaimed Vegas show and yes, get married by Elvis.

For those searching to see more of the state of Nevada, Las Vegas is also the gateway to the Grand Canyon and Hoover Dam. Both can visited on a day trip. That is, before returning to your big night on the infamous Strip.

Whatever your agenda just remember: what happens in Vegas, stays in Vegas.

Do Vegas right. Stay at these top Las Vegas hotels which are all glitz and glamour. 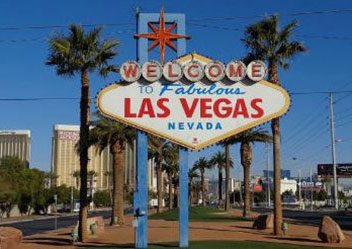 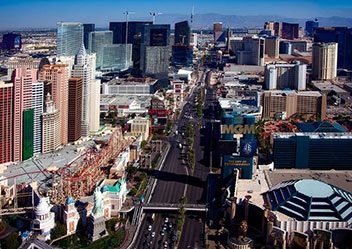 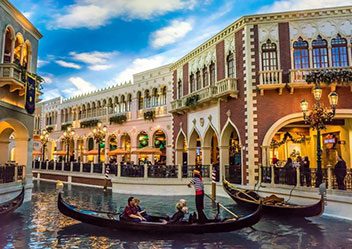 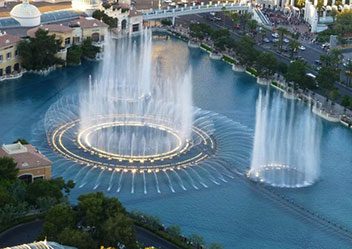 Find travel insurance for your trip to the USA with unlimited medical cover. 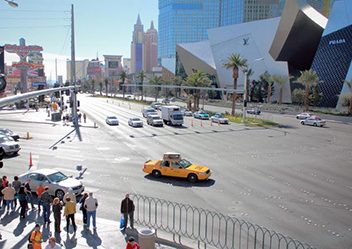 Discover how you can access your bucks in the USA. 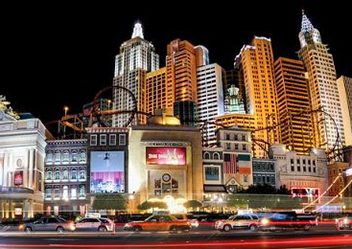 Getting around in Las Vegas

From end to end, the Las Vegas Strip is long, but many of the main attractions such as the MGM Grand, CityCenter, Bellagio, The Cosmopolitan and Caesar's Palace are all within easy walking distance of each other.

A monorail along The Strip and buses run frequently and provide a good break from the heat. However, if you're up for the walk you can get from one end to the other, that is from the Shark Reef Aquarium at Mandalay Bay to Fashion Show Mall, in around an hour. Alternatively, a taxi ride can get you from A to B in 10 minutes.

Those looking to explore beyond the Strip might consider renting a car. This is optimal if you wish to do day trips from Las Vegas, though it's not needed in the city itself as the public transit system is frequent and reliable and taxis are easily found.

Taxi: Taxis can't be hailed on the Strip. They can only be found at dedicated ranks outside hotels. If you're not on the Strip, taxis can be hailed from the road but must have a driveway or parking lot to pull into. Alternatively, taxis can be booked online in advance.

Rideshare: Lyft and Uber are both available in Las Vegas. For an estimated price, from McCarran International Airport, which is located at the south end of The Strip, an Uber costs US$13–$35.

The car rental centre is located 5 kilometres from the airport. Blue and white shuttles are available from Terminals 1 and 3 to take you to the centre.

Use DriveNow to compare rental prices and find the best deal.

Forget about public transport and start your holiday with a quick transfer from the airport to your hotel by booking an airport transfer beforehand.