The word "Cambodia" is practically synonymous with its most famous temple complex Angkor Wat.

It's the type of landmark that makes its way onto bucket-lists and top landmarks of the world lists time and time again. And yes, your trip to the nation is not complete without travelling through history and embarking on a journey through the ancient city.

Beyond it however, you'll find Cambodia has so much more to offer. From local delicacies set to make your mouth water to cruises down the famous Mekong River, Cambodia is a breathtaking country that feels world's away from your typical urban life.

Get off the beaten track now and rewind, discover, explore and be enlightened in this amazing country.

Best hotels and resorts for staying in Cambodia. 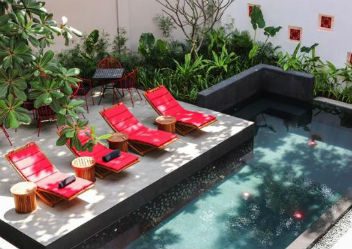 Everything you need to know about flying in and out of Cambodia. 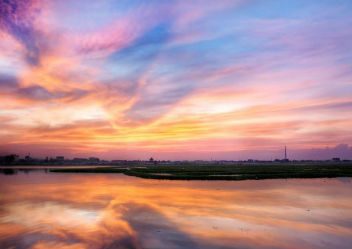 Walk through ancient ruins, navigate rivers, explore the countryside and laze on the beach. 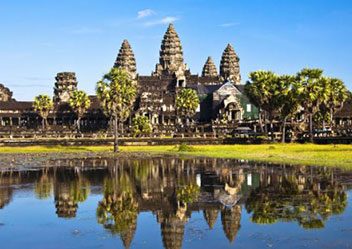 Practical tips and advice for when to visit this South-East Asian nation. 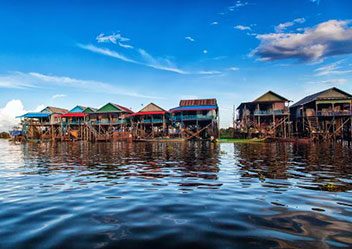 Trek to Angkor Wat or Tuk-Tukking with the right travel insurance. 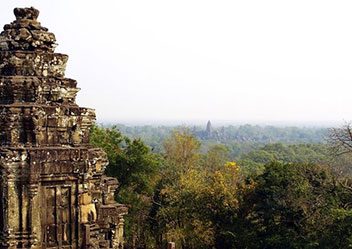 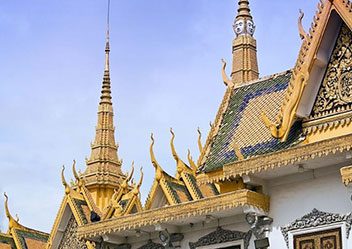 Getting around in Cambodia

Cambodia has a wide variety of transport options, from private cars for hire in major cities to boats crossing lakes.

Phnom Penh and Siem Reap are the two destinations where you can fly into the country.

The Cambodian local transportation system is operated mainly by private companies and unorganised local vendors. There is a wide private bus network for travelling from one city to another while tuktuks (three-wheeled motorised vehicles) are an easy and affordable way to travel within cities and towns.

Towns are generally walkable however main attractions such as Angkor Wat and the Khmer Rouge Killing Fields are outside of cities and require you to drive, tour or hire a driver to get to. The Angkor Wat complex itself is not walkable if you wish to see it all, so again, it's best to book transport to get around. Similarly, the Killing Fields encompass numerous sites and require suitable transport to get from location to location.

Types of transport available in Cambodia

Taxis: In major cities you can hail a taxi on the street or book in advance by phone. In smaller towns, tuktuks are a workable alternative to taxis.

Rideshare: There is no Uber in Cambodia but you can use a similar on-demand service called PassApp. Along with taxis, you can also book tuktuks using this app.

If you prefer a private vehicle for airport transfer, you can book a car in advance for Phnom Penh and Siem Reap airports.

If you want to explore by yourself, you can rent a car from hire services like Avis and DriveNow at Phnom Penh and Siem Reap airports.

Is Cambodia cheap compared to Australia?

Compared with the average Aussie price of a beer, coffee, or mid-range three-course meal for two Cambodia is much cheaper.

In Australia we'd usually pay about $80 for a three-course meal for two people, whereas in Cambodia, you'd be looking at something like $19.64 for the equivalent.

Draught beer would usually be in the region of $7, whereas Cambodia's prices are closer to $1.27 (averaged out).

Even taxi transportation is at least half the price we pay at home.

Where is Cambodia's Angkor Wat temple?

Angkor Wat is Cambodia's temple complex and the largest religious monument in the world. It is situated approximately 5.5 kilometres from Siem Reap.

Does Cambodia have beaches?

Yes. Cambodia is home to some amazing beaches along the Gulf of Thailand, with one of the main coastal tourist areas being in and around Sihanoukville. It offers lazy beaches with beautiful white sands that span the coast for kilometres, and even beaches constructed entirely of shells.

Is Cambodia safe for tourists?

Cambodia is considered to be pretty safe for travellers now, despite it's past reputation. There are a few things you'll need to be aware of, however, if you're planning to get out and about whilst there.

What should I wear in Cambodia?

The climate in Cambodia is hot. Cotton shorts or a skirt, vest tops and T-shirts are popular with tourists, but offer little UV protection.

If you're planning a visit to sacred sites, you will need to cover up.During your visit to any place of worship your legs and shoulders must be covered. Long, loose-fitting trousers paired with a long-sleeved cotton shirt would be a good option here.

A pashmina or sarong is another option that can be used for protection from the sun or as a respectful cover-up.