Get your car back to its best with a quality dent repair service.

Fixing your vehicle is rarely cheap. But depending on the damage you've suffered after an incident, you may have options to avoid a major repair bill.

Read on to learn what you need to know about dent repair services, including the costs of returning your vehicle to its former self.

What is a dent repair service and how does it work?

A dent repair service can fix one or more dents from the body of a vehicle, restoring it to how it originally looked after a minor accident or an event such as a hail storm. Dent repair services tend to be suited to for less complex jobs than what's offered by a traditional panel workshop.

The most common type of dent repair service is known as Paintless Dent Repair (PDR), or paintless dent removal. As its name suggests, this is a method for removing fairly minor dents in cases where the paint surface has remained intact. This service can suit a range of vehicles including regular cars like sedans along with wagons, 4WDs and utes.

Some brands offer pop-up repair services and mobile vans, especially popular in large metropolitan areas of Australia. This means the work can be carried out at homes or workplaces. In more rural areas, qualified technicians may be sent on-site shortly after, say, a major storm or hail event that's affected a lot of cars. These operatives may be able to do the job at a place suited to the vehicle's owner.

As part of the dent repair work, many companies will offer add-on services such as a buff and polish. Some will have special services that are tailored to prestige and classic models.

What kinds of dents can usually be fixed?

Dent repair services can repair damage that's been caused to aluminium and steel panels on parts of the doors, roof, bonnet and front- and rear- guards of a vehicle – as long as the metal or paint hasn't been affected.

These services can often fix up a range of problems to vehicles including minor creases, door dings, small- or mid-sized dents, bodyline damage and dents caused by some hail damage.

To give you a general idea about dent sizes, one repair service notes that dents which are no bigger than 'an A4 piece of paper' can often be fixed.

What isn't covered by a dent repair service?

You won't be able to enlist a dent repair service for more serious damage to your vehicle.

For these and other significant issues, you'll have to take your vehicle to an auto mechanics that can perform body repairs and restorations.

How much does it cost to fix a dent?

To fix a small dent or scratches on the side of your car, it may cost anything between $80 and $200. Larger dents or creases may cost around $500.

Dent repair costs do vary quite a bit – especially those for hail damage. The price you're offered will depend on a number of factors, including your vehicle and the type of damage that's been caused. Prices will also change from one company to another.

Although you'll want to get on with your repairs, it's important to spend some time weighing up your options. By doing so, you'll be well placed to get the service you need at a competitive price. 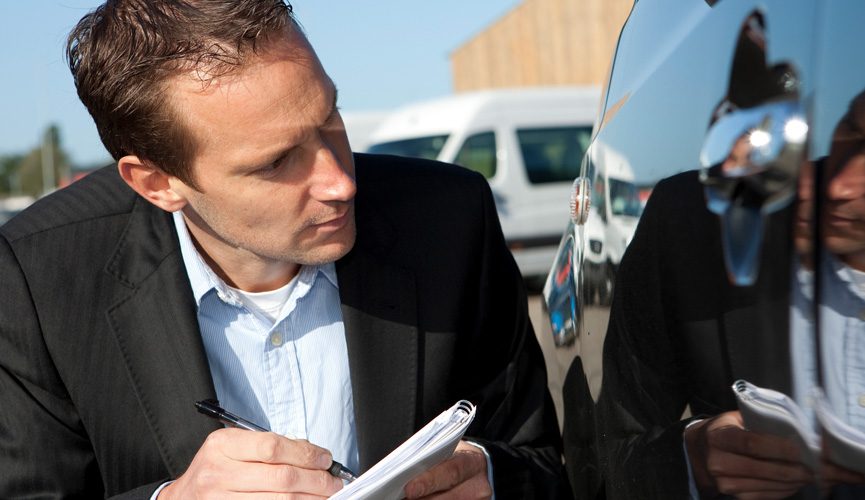 You may want to ask each dent repair service the following three questions:

How long does a dent repair service take?

The length of time needed for repairs will vary depending on the extent of the damage. It's possible for a small dent or a scratch to be fixed within an hour. Bigger work will take longer, but it can often be completed on the same day.

Pros and Cons of a dent repair service

How should I prepare for a dent repair service?

You may not need to do anything before a dent repair service. That said, it'll be appreciated if your car's unwaxed and any areas that are going to be worked on are clean.

Do technicians bring all their own equipment?

Yes, technicians will typically bring all the equipment needed to complete the job.

What should I be aware of when it comes to my car insurance?

Some people choose not to make a claim on their car insurance when they use a dent repair service. However, be aware that this may be a risky move. For example, if your car's involved in another accident in the future and you've failed to declare any pre-existing damage to the vehicle, your insurer may refuse the claim and this could be very expensive for you.

Keep in mind that you'll need to have comprehensive car insurance in place in order to be covered for any hail damage.

How common is hail damage to vehicles?

In October 2020, several hail warnings were issued across New South Wales and Queensland. This will have brought back bad memories for many car-owners whose vehicles have been damaged by storms in recent times. One particularly bad example was in January 2020 when a hailstorm catastrophe hit Canberra and led to almost 50,000 claims from the ACT alone.

Learn some straightforward tips on how to protect your car from potential hailstorm damage.

James Martin is a senior writer for Insurance at Finder. He has written on a range of finance and business topics for over six years and his work has been featured in publications including The Irish Times, Companies 100, In Business and Q Magazine (UK). As a trained journalist, he can drill into the finer details of financial products to help you save time and money. James is a committed sports fan, novel reader and he holds a Tier 1 General Insurance (General Advice) certification.