De’Longhi IdealFry review: Not quite ideal but still quite good

Quick verdict: An easy to use, simple air fryer. 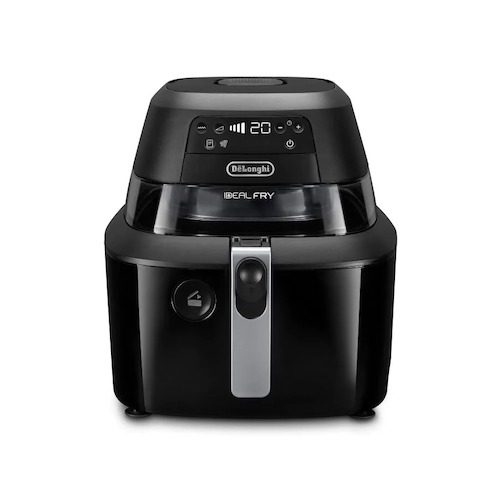 The De'Longhi IdealFry is the first air fryer to make me really understand the craze. Before I thought they were just less useful ovens that took up valuable bench space. But then I remembered that I love chips and fried chicken, but don't want too much oil. While roasting potatoes wasn't quite the same, suddenly with an air fryer I was always just half an hour away from delicious chips, which is dangerous.

At $269 this relatively recent FH2394.BK model is smack bang in the middle of the air fryer price bracket, but I'm confident it could hold its own against most other single-function air fryers we've reviewed. 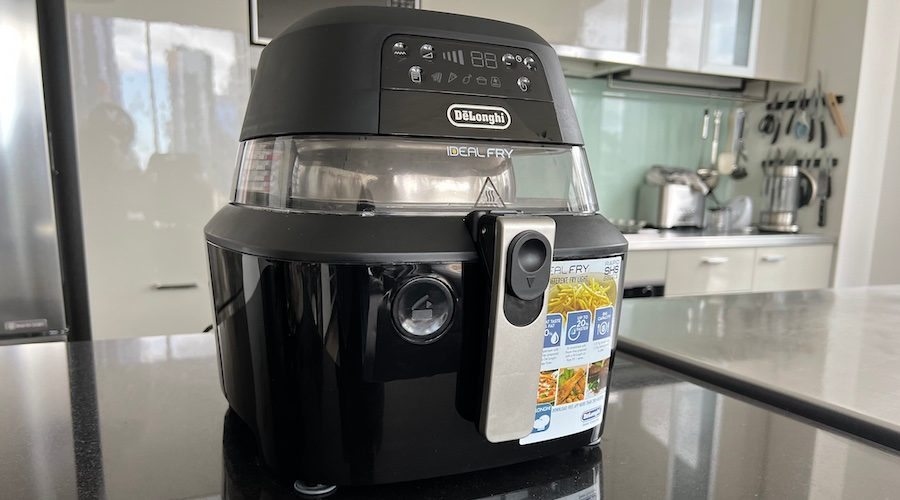 The best way to describe the IdealFry is: imagine if Darth Vader's helmet had an unholy union with a microwave – that mental picture should get you most of the way there. As far as air fryers go, it looks perfectly fine, but on its own it's hardly a decorative item.

Although it has a large footprint, it doesn't have a lot of weight to it, it wouldn't be out of the question to lift it in and out of a medium-height cupboard for use. To make up for its lack of heft, it has little rubber feet to stop it sliding around on the bench.

In terms of materials, a lot of black plastic died to make the IdealFry's exterior. There's also some brushed metal accents, which are a nice touch, but most of what you see is black plastic. It feels somewhat more premium than its price tag would imply, and the last thing you want is a tiny benchtop convection oven made out of metal, because you'd constantly burn yourself, so I understand De'Longhi's options were limited.

The previous version of this model featured 2 dials on the top for time and intensity. Those are gone now, replaced with capacitive touch buttons which, I feel, is a step backwards. Having dedicated settings for common items like chips, chicken and pizza is fantastic, but it's much faster to turn a dial to the desired time setting rather than press plus and minus buttons waiting to get the right time. Capacitive touch buttons also aren't ideal if your hands are wet.

On the bright side, setting it up is as easy as taking it out of the box, washing it before use, and then plugging it in and making whatever your heart desires. I was also impressed with how little of the outside got hot. As long as kids knew not to touch the steam vents, or press the big "lid open" button, it's surprisingly kid friendly. 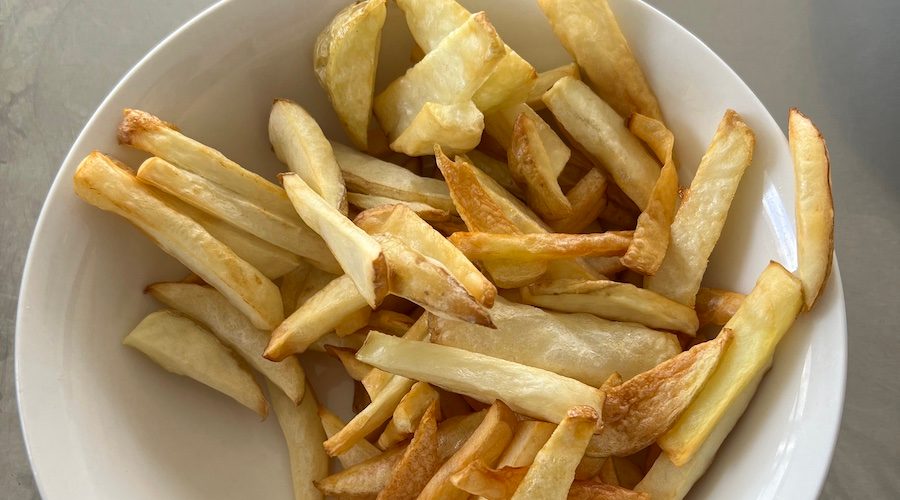 They look on the pale side of golden brown, but are actually so over cooked they are devoid of moisture. A rookie error, but you can't tell just by looking. Image: Alice Clarke/Finder

When it comes to performance, the most important thing is that it makes good, crispy food with minimal oil. The IdealFry mostly achieves that, but it takes a lot of trial and error. While my homemade chicken nuggets were certainly crispy, that was mostly because all the moisture had been sapped out of them, same with shoestring fries.

When using an air fryer you have to relearn how to tell if food is cooked, because without the oil, they just don't brown as they usually would. That's perhaps more a user error than the device's fault, but it did mean most of the food I ate from the IdealFry was dehydrated and sad, despite using the default settings.

With time and determination, it is possible to find the settings that suit your tastes. You just have to be prepared to have a lot of disappointing side dishes during the trial and error phase.

That said, with the exception of the mild irritation caused by having to use the time up and down buttons, it's a very easy to use machine that did what I expected it to do, slightly better than I thought it would.

Although the IdealFry doesn't connect to a smart app, there is a De'Longhi app with recipe suggestions for the device, some of which are quite good. This provides a useful starting point for people who are new to air fryers and don't know what to make or how. As with all recipes, you'll need to tweak it to suit your tastes, but it's a nice touch.

As far as air fryers go, this is a really good one. It's easy to use, it's technically possible to make delicious food in it, and it makes that food faster than your oven could. Is it perfect? No. Air can't fry things, so you need to adjust your expectations for what's reasonably achievable by an air fryer, but that's true of all of them.

Of all the air fryers I've tried in the last few years, this has absolutely been the best one by every measure. There are certainly cheaper air fryers on the market, and also more expensive ones, so I think it's a good buy for what it does.