Quick verdict: The upgrade to 11th Gen Intel processors only ups the value proposition for Dell's powerful and attractive 2-in-1 powerhouse.

Dell's latest upgrade to its highly regarded XPS 13 range is an entirely predictable one, adding 11th generation Intel ("Tiger Lake") processors into the established XPS formula. It's 100% out of the build-to-order manufacturer's playbook, making an already favourite ultraportable into a more powerful ultraportable, which has the potential to stretch its value proposition that little bit further.

Dell has been making ultraportables in a variety of sizes under the Dell XPS brand for years now. The 2020 iteration adds 11th generation Intel processors into the mix, further entrenching its position as one of the very best ultraportable laptops you can buy. There are some concessions to that portability, especially if you have lots of peripherals, but for anyone needing a truly mobile office laptop, this is an easy recommendation. 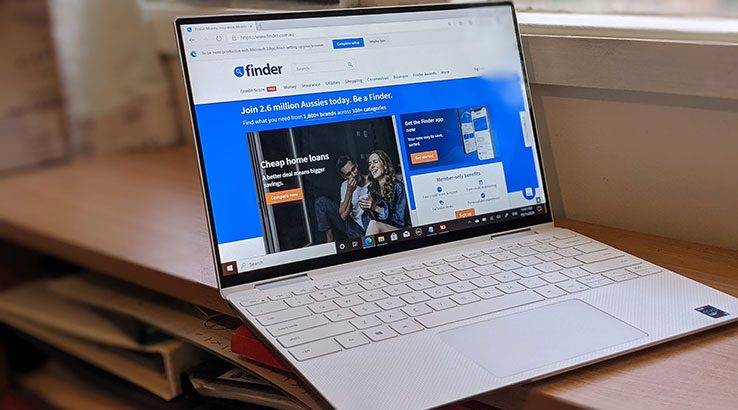 The 2-in-1 edition of the Dell XPS 13 doesn't make massive changes to the core XPS formula, which is all about delivering a thin, light and highly portable laptop. As the name suggests, it's based around a 13-inch display, with a choice of either a cheaper FHD+ 1920x1200 screen (as tested) or a higher end UHD+ 3840x2400 display. As with recent XPS models, it's a nearly-bezel-free experience with a roughly 3mm black barrier around the top and sides of the display. It's a really nice design that you can order in either a silver, black or white finish depending on your style preferences.

The included keyboard is relatively flat, and that's often a warning sign of an experience that's going to look good in a showroom but perform poorly. That isn't the story for the most part for the Dell XPS 13 2-in-1 because while the keys themselves are fairly flat, response is good and typing is mostly silent even if you're a rapid touch typist. If I was redesigning just one part of the keyboard, I'd change up the shaping around the cursor keys, as I all too often found myself thumping the page up and down keys by mistake when working rapidly.

The size of the Dell XPS 13 2-in-1 2020 – it measures in at 14.35x297x207mm with a carrying weight starting at 1.32kg – doesn't give Dell a whole lot of scope for external connectors, and that's been a limitation for a while. On the Dell XPS 13 2-in-1, you get a pair of Thunderbolt 4/USB-C ports, a microSD card reader and a 3.5mm headphone jack, and that's all you get. Either USB-C port can be used for charging, but if you're doing that, you're left with one effective output port for peripherals, unless you invest in a USB-C compatible hub or dock.

Dell's kept with its nearly-hidden 720p webcam, which hides nestled in the top bezel. At first, you'll swear that you can't find it even though Zoom will insist it's there, and 720p isn't exactly sharp when it comes to visual presentation. Still, it gets the job done, and you could always look for a more capable webcam as a peripheral if it really annoyed you. 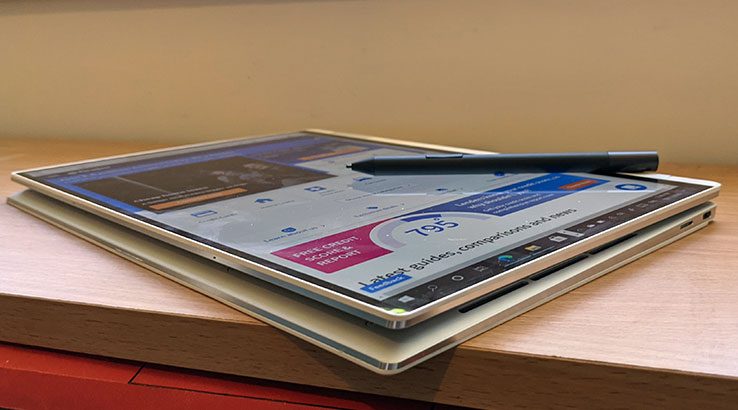 Dell's whole business model is built around endless iteration as new parts become available, and the new star of the show in the Dell XPS 13 2-in-1 2020 is Intel's 11th generation Core i7 processor family. On the tested model, it ran on an Intel Core i7-1165G7 processor, paired up with 16GB of RAM and a 512GB PCIe NVMe x4 SSD. One surprising factor here is that unlike a lot of Dell's laptops, you don't get that many configuration choices with the Dell XPS 13 2-in-1 2020. You can choose the colour, pick either the FHD+ or UHD+ displays and select whether you want Windows 10 Home or Windows 10 Pro, and that's your lot.

Having tested out the non-transforming version of the Dell XPS 13 with a 10th generation Intel brain not that long ago, I was keen to see whether the Dell XPS 13 2-in-1 2020 could bring significant bumps in performance in testing. For the most part, that panned out when it came to performance tasks. It's a slightly more nuanced story if you're looking at graphics performance, however. The Dell XPS 13 2-in-1 2020 uses Intel's new Iris XE graphics solution, and as always, Intel wants to talk up how very good its own integrated GPU solutions have become.

The Dell XPS 13 2-in-1 2020 isn't really sold as a graphics or gaming powerhouse, and for most tasks you could take the view that Iris XE is doing what it should, improving on the performance of prior Intel graphics solutions. Still, it's not notably nippy, and at around the price point of the Dell XPS 13 2-in-1 2020, you can start playing in the pool of dedicated gaming laptops if graphics performance is key to your workflow.

The other party piece for the Dell XPS 13 2-in-1 is, naturally enough, that it's a full 2-in-1 laptop, capable of flipping over and becoming a large Windows 10 tablet device if that's what you need. Windows as a tablet is definitely still a niche play, but at least the Dell XPS 13 2-in-1 2020 works well in this respect, and you do get a bundled pen for tablet and artistic endeavours in the box at no extra charge. 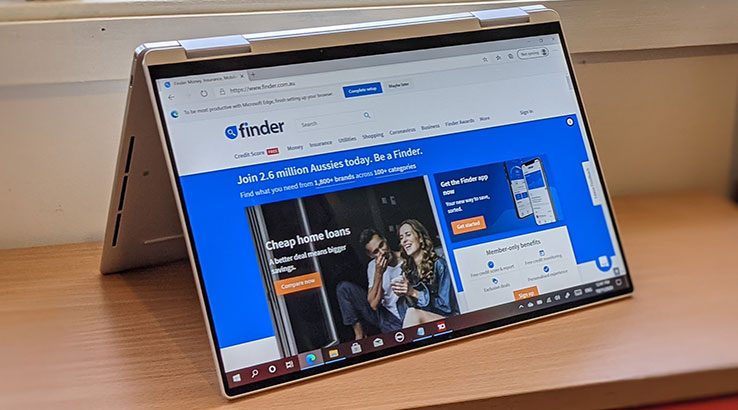 Quite how long any ultraportable lasts is always a function of the tasks that you throw at it, and to test that, I ran the Dell XPS 13 2-in-1 2020 through our standard suite of battery-life tests. This includes running a Full HD locally stored video at maximum brightness with all battery-saving measures disabled to the point of battery exhaustion. Video isn't the brutal test it once was on modern systems, but it gives an indication of the likely battery endurance under sustained load. To put the Dell XPS 13 2-in-1 2020 to more of a test, I also ran it through PC Mark's Gaming battery test. It's not a gaming laptop, but this gives us a good idea of its likely range and comparative position relative to other ultraportables.

The Dell XPS 13 2-in-1 2020 can't quite match up to the battery performance of the Lenovo Yoga C940 for video processing, but it outdoes it handily in the gaming battery test, falling second only to the earlier Dell XPS 13. That's going to be a function of that improved Iris XE GPU, with a trade-off between performance and battery life in play that's still very welcome indeed. All of these tests were with the basic FHD+ model, and you should expect lower battery life if you opt for the fancier UHD+ model.

Charging is via USB-C on either side of the Dell XPS 13 2-in-1 2020, and the supplied charger is nicely compact.

Nobody buys a 2-in-1 without needing that flipping tablet functionality, and if it's not important to you, the regular XPS 13 is now also available with 11th generation Intel processor options as well. The model as tested runs very slickly indeed for a portable productivity machine, and as long as you don't need to throw too many peripherals at it, it comes highly recommended. 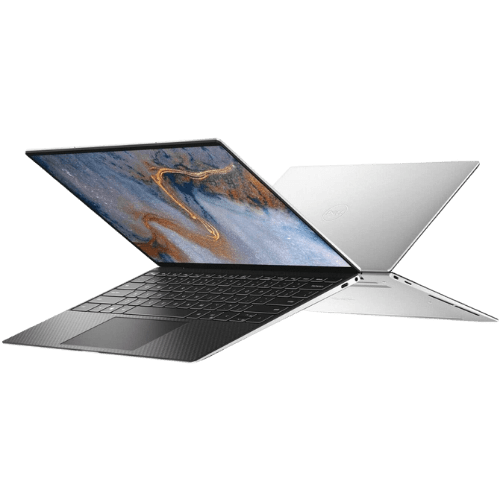 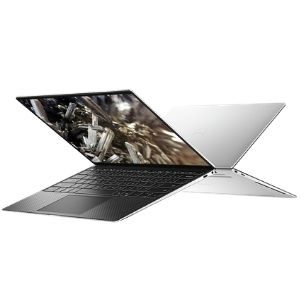