Quick verdict: Dell’s G7 Gaming Laptop doesn’t quite have all the frills of its Alienware models, but it’s well worth tracking down if you can score one of Dell’s frequent bargains. 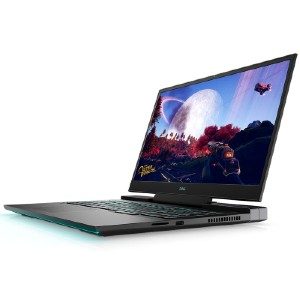 The traditional spaces where you'd find Dell laptops tended more towards the direct consumer and business markets, with its Alienware subsidiary handling the heavy gaming lifting. For the past couple of years, Dell's also offered gaming laptops and desktops under its own branding, hoping to pick up some of the gaming market that doesn't want the bling – or high price points – of traditional gaming systems.

That's precisely what the Dell G7 7700 Gaming Laptop is. It's not a market leader in terms of features, but it's a quite capable gaming machine for general usage, with the added benefit of not looking like a games machine if that's important to you. 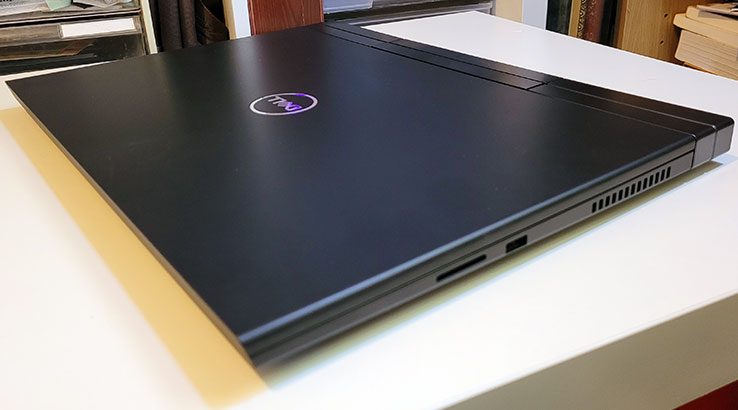 The Dell G7 7700 Gaming Laptop marks itself out as rather distinct from other "gaming" systems by dint of its design.

Sure, you get RGB lighting on the keyboard, and indeed on a small strip that sits at the front of the laptop, but switch that off, and what you're left with… is a Dell laptop. Dell logo on the back, dark metal finish, the whole deal that you'll either like or not on its merits.

That's not accidental. Dell has its own dedicated play in the gaming PC space via the Alienware brand, and that's very much where you go if you want a gaming PC that looks the part. At the same time, it recognises that gaming is for everybody, and as such there's a market for gamers who might not want the more out-there-alien-ness of Alienware's logos and lighting choices.

Essentially, the Dell G7 7700 Gaming laptop has a somewhat business-centric look, but then who said that folks who do serious business don't want to game on the weekends and evenings, anyway?

It's a design idea I rather like, but it's definitely going to split you as to whether it's better or worse than Dell's Alienware designs. That RGB keyboard has white accents, which is excellent if you don't want to have the RGB lighting enabled, with a full keyboard dropped below its 17 inch display. On the model as tested, it had an FHD (1920x1080) 144Hz capable display, which is on the lower side for a "gaming" system right now. Again, that's somewhat reflected in the asking price.

In terms of expansion, Dell throws most of the ports out the back of the Dell G7 7700 Gaming Laptop, including USB C/Thunderbolt and A type ports, HDMI and gigabit ethernet. It's a good solution if you want your cables neat and tidy at the back, and less so if you're fond of swapping peripherals in and out of the system. Around the sides you'll find USB A and microSD card slots on the right, and headphone, USB A and power sockets on the left.

You also get biometric authentication via a fingerprint reader at the top right of the keyboard. I struggled for some time to get it to recognise my finger first time, although a firmware update partway through the review process did seem to jump it up from a strike rate of around 30% to more like 75%. 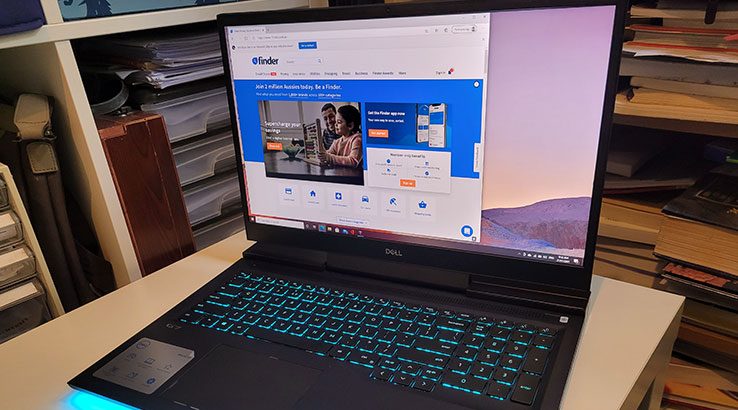 As with so many of its products, quite what you get internally with the Dell G7 7700 Gaming Laptop depends on how much you spend and on when you buy it, because it tends to iterate endlessly on internal components while keeping the same external designs in play. The Dell G7 7700 Gaming Laptop you buy this year won't be quite the same as the one it releases in 2022, or the ones it released in 2019 or 2020 either.

That's not entirely cutting edge when it comes to configurations for gaming laptops, but it's still a reasonably potent recipe at the Dell G7 Gaming Laptop's price point. Here's how it compared across a range of PC gaming and performance benchmarks:

The Dell G7 7700 Gaming Laptop doesn't punch up with the heavyweights in this particular laptop niche, but it's still well enough equipped to meet the needs of most games, including VR tasks. Steam's VR Performance Test returns a result of 11 (Very High), indicating that it should be able to hook up to your VR headset of choice and return very solid performance.

With the benchmarks out of the way, I could get to the fun stuff and run the Dell G7 7700 Gaming Laptop through its gaming paces. Here it very much lived up to those benchmark scores, managing good-but-not-stellar framerates across a variety of titles.

That 1080p screen isn't quite as sharp as on some systems, and likewise 144Hz is effectively the bottom level of what you'd want out of anything calling itself a "gaming" laptop. This isn't a system that's going to wow your mates with its gaming prowess, but in terms of working quite well with current PC games, it's entirely adequate. 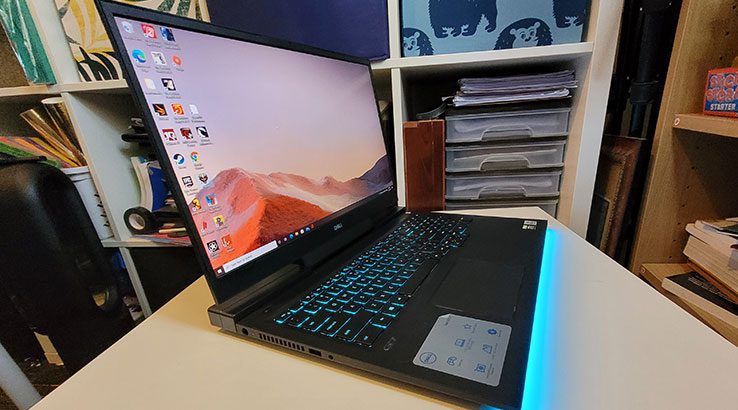 Gaming laptops almost always struggle with battery endurance, and that's a very natural function of throwing a lot of CPU and GPU power into a semi-portable frame.

The Dell G7 7700 Gaming laptop is absolutely no different in this regard, although it does manage a better overall battery profile than most "gaming" laptops we've tested to date. Still, the gulf between the Dell G7 7700 Gaming Laptop and some of the company's own ultrabooks is pretty steep, as our battery tests showed.

The Dell G7 7700 Gaming Laptop's charger is, like most gaming laptop chargers on the chunky side. While it's technically a portable system, you wouldn't want to have to do so for too long at a stretch.

Dell still very much believes in its Alienware brand, and that's without a doubt where you'll see the company's best efforts when it comes to pure gaming PCs and laptops.

The Dell gaming laptop lineup is far more pitched towards the general gaming community that might baulk at the asking price of most Alienware kit, or those who don't like the blinged out style of most gaming laptops.

It is worth checking pricing carefully, however. Dell absolutely loves running sales on both the Dell Gaming and Alienware lines, and the value gulf between them can ebb and flow depending on exactly what Dell is asking for its laptops at a given point in time.