DAZN Australia launch: Everything we know

International live sports streaming service DAZN is continuing its global expansion, looking to build out its team in Australia and potentially compete against Kayo, Foxtel and Optus Sport. 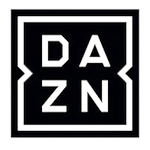 Australia is a sports-mad country, with a love of playing and watching. For well over a decade there was one clear leader in the premium sports broadcasting space and that was Foxtel. Then, a few years ago, the giant was rocked by the arrival of Optus Sport, which pinched the English Premier League off Foxtel and also acquired the rights to the FIFA World Cup.

In November 2018, Kayo Sports then landed, a revolutionary sports streaming experience. With the 14 best channels from Foxtel in its library, totalling over 50 sports, it then accentuated that with a host of brilliant sports-specific features, multi-device streaming support and an aggressive price point. It seemed there was a new king in town.

However, the next year or two is shaping up as an extremely interesting time for sports streaming in Australia.

DAZN, which is pronounced "Da Zone", is a sports streaming service that offers live and on-demand content online and through its app. DAZN was founded in London, but actually began building its empire in Europe. In 2016 it launched in Austria, Germany and Switzerland, then quickly expanded to Japan.

Initially the focus was on boxing, but then DAZN began picking up supplementary sports that were on the fringe peripherals of existing networks. This included picking up local secondary leagues or popular sports from other countries that could satiate the needs of expats. For example, DAZN broadcasts V8 Supercars, Super Rugby and the A-League into some overseas markets.

The empire grew rather quickly. Launches followed in Canada (2017), then the USA and Italy (2018), with Spain and Brazil following in 2019. With this expansion and subsequent revenue, DAZN began to be more aggressive with its broadcasting licences. Bit by bit it's picking up some more mainstream, popular sports in the countries in which it is available.

In March 2020, DAZN revealed its plans to launch in an additional 200 countries through 2020. It specifically earmarked the UK market as a key territory and its plans are grandiose. DAZN is upfront about its goal of owning the broadcast rights to the Premier League in England, which would be huge.

Whether a DAZN Australia will be included in the 200 countries remains to be seen. However, the DAZN press release points to a focus on English speaking territories.

How much does DAZN cost?

In the US DAZN is priced at US$19.99 or US$99.99. Once you convert the currency and allow for a likely higher price we could expect DAZN Australia to cost somewhere from $35 or higher. However, it could ultimately depend on what broadcast rights it can acquire. With Kayo Sports so dominant in the Australian sports streaming space and priced at $25/month, competition for consumer dollars will be strong.

Unfortunately, boxing in Australia is largely limited to Main Event when it comes to big PPVs. Some preliminary bouts and occasional one-offs (Rugby League stars fighting) fo air on Kayo Sports and Foxtel. So, if DAZN Australia offered another boxing alternative for fans that would be welcomed.

DAZN also has the major UEFA European tournaments in some territories, with the Champions League and Europa League broadcast into multiple countries. There's more on offer, but clearly DAZN is still trying to spread its wings. While what it has now is fine, it's unlikely to convince sports streaming fans to ditch Kayo Sports.

Is DAZN Australia launching in 2020?

DAZN is actively looking to build out its Australian team, which is based in Sydney. In 2019, job opportunities started appearing, such as an advertising sales executive who will be "working in [the] Australian Sales Team and operate within a huge growth area of sports media".

"Your core role will be to take out to market a broad suite of commercial opportunities for some of the biggest sporting websites and governing bodies in the world including; Sportingnews.com, Goal.com, NBA, NFL, MLB, Supercars & Rugby Australia."

While there has been no official announcement by DAZN, the job listings paint a picture of growth. When we combine this with the most recent press release regarding expansion into 200 more countries through 2020, a DAZN Australia app looks more and more likely.

DAZN has certainly already built relationships with some local sporting organisations for part of its overseas broadcast catalogues. Can it sign up a couple of key local sports licenses and launch into Australia?

Countries that DAZN is now available in

As of March 2020 DAZN is now available in 9 countries. These are:

What impact would DAZN Australia have on live sports streaming?

A DAZN launch in Australia would follow the clear expansion strategy of the live sports steaming service and we should know more about a 2020 launch by winter.

Many of the countries DAZN is already active in have far more complex live sports streaming industries than Australia and with a lot more players. Locations like Canada and the USA, in particular, offer an almost indecipherably complex web of sports broadcast rights. In Australia the market is far more clear, but also ripe for growth.

With DAZN's well-established global network of partnerships, it's in a good place to bring a host of sports from Europe, Asia and the Americas into the Australian market without stepping on too many toes. In particular there is the limited penetration of North American sports into the local market – just two ESPN channels, often not enough to even broadcast all the sport on offer live – which could be easily expanded upon.

Speaking of ESPN, the Disney-owned sports channel has launched its own ESPN+ over-the-top app overseas, complete with exclusive content and original programming. However, despite this it was not bundled with the launch of Disney+ in Australia in late 2019 as it was overseas. A sign, perhaps, that Foxtel and Kayo Sports have the sports streaming scene under control.

The potential Australian launch of DAZN would certainly see some competition for the brand awareness of Foxtel (and Optus Sport to a lesser degree), the functionality of Kayo Sports, and further test the performance of the NBN.

It could be a slow burn for DAZN Australia to build out a compelling offering. Yet we do feel a DAZN launch in Australia is likely. At the earliest, DAZN could launch in Australia in 2020 and you could expect it to be available on PC, Mac, Chromecast, iOS, Android, Apple TV, Xbox One and PlayStation 4. In the meantime though, you might want to check out Kayo Sports.