The difference in data: Banks vs fintechs

As fintechs continue down the road to data sharing and transparency, the big banks appear to be trailing behind. 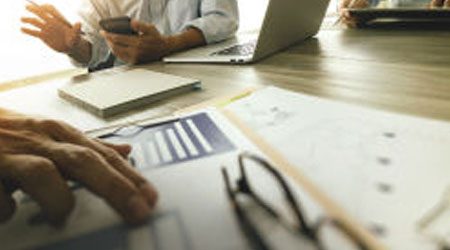 Treasurer Scott Morrison's recent article in The Australian Financial Review started with the statistic that 90% of the data we use today has been created in the past two years. The article, which discusses fintechs' role in empowering consumers, the market and the economy, has also led to more question from fintech companies themselves about this data.

Despite comprehensive credit reporting coming into effect two years ago, only 24% of lenders are participating, according to credit bureau Equifax. However, according to a comment by Equifax in The Australian, the take-up rates are described as "solid" when compared to other countries that have transitioned to CCR.

On 19 February, peer-to-peer lender RateSetter announced on its blog that it had become the first credit provider to become a signatory to the Principles of Reciprocity and Data Exchange (PRDE), a set of principles designed to encourage credit providers and credit reporting bodies to commit to CCR.

"We see the sharing of comprehensive credit information as a game changer for Australian consumers. It will boost competition between lenders, which will lead to lower borrower interest rates. It will also allow consumers to be rewarded for their good credit behavior, through wider adoption of "risk-based pricing", which RateSetter is helping pioneer in Australia." RateSetter said in its blog.

A submission was also made to the Treasury by financial technology industry body Fintech Australia, of which RateSetter is a part. The submission called for comprehensive credit reporting to be made compulsory by the end of 2016, along with other submissions, such as a regulatory sandbox for startups and more guidance for robo-advisors.

Mr Morrison now needs to stand behind his positive words with positive action.

Out of the Big Four, NAB is the only one of the four to have shared data, has been doing so in "private mode" with credit reporting bureaus since August 2014. It plans to move to public by the end of 2016. ANZ, Westpac and Commonwealth Bank are in various stages of moving towards CCR, although none have shared any data.

Although the banks have access to considerable amounts of their own customer data, the focus so far has been implementing their own systems. NAB, for instance, has been focusing on its NextGen IT upgrade, with the rollout expected to be completed by the end of 2016. By using its customer data and developing technological improvements, it today announced it had halved conditional credit card application times to seven minutes.

Core upgrades using internal data as well as integrating fintech systems and partnerships have also been a focus for the other banks.

Just when the banks plan to fully adopt CCR remains to be seen. However, with the government's focus on fintech and most fintech company's heavy reliance on data, there is a feeling that it needs to be sooner rather than later. Or there at least needs to be a timeframe set in place.

"Mr Morrison now needs to stand behind his positive words with positive action," RateSetter's chief Daniel Foggo told the AFR. "There was always going to be a conflict with the banks in delivering benefits. We had hoped by now we would get them on board, but this has not happened. Now it is time for the government to step in."