Curse of the Pharaohs review: Lay off the Osiris-sauce, Ubi

Into the surreal? I sphinx you'll dig this...

Though it's been four years since sticking it to The Man – literally, via a hidden blade – Bayek of Siwa has gone back to hassling royals in Curse of the Pharaohs, the latest DLC for Assassin's Creed Origins. Word across the sand dunes is there's a chunk of Eden causing issues in the ancient world, this time manifesting as an undead plague terrorising the distant province of Thebes. Basically, ACO has already delivered us a cracking main plot, plus an epilogue in the form of The Hidden Ones DLC – this outing is just an excuse to sightsee and gleefully discriminate against the living-impaired. 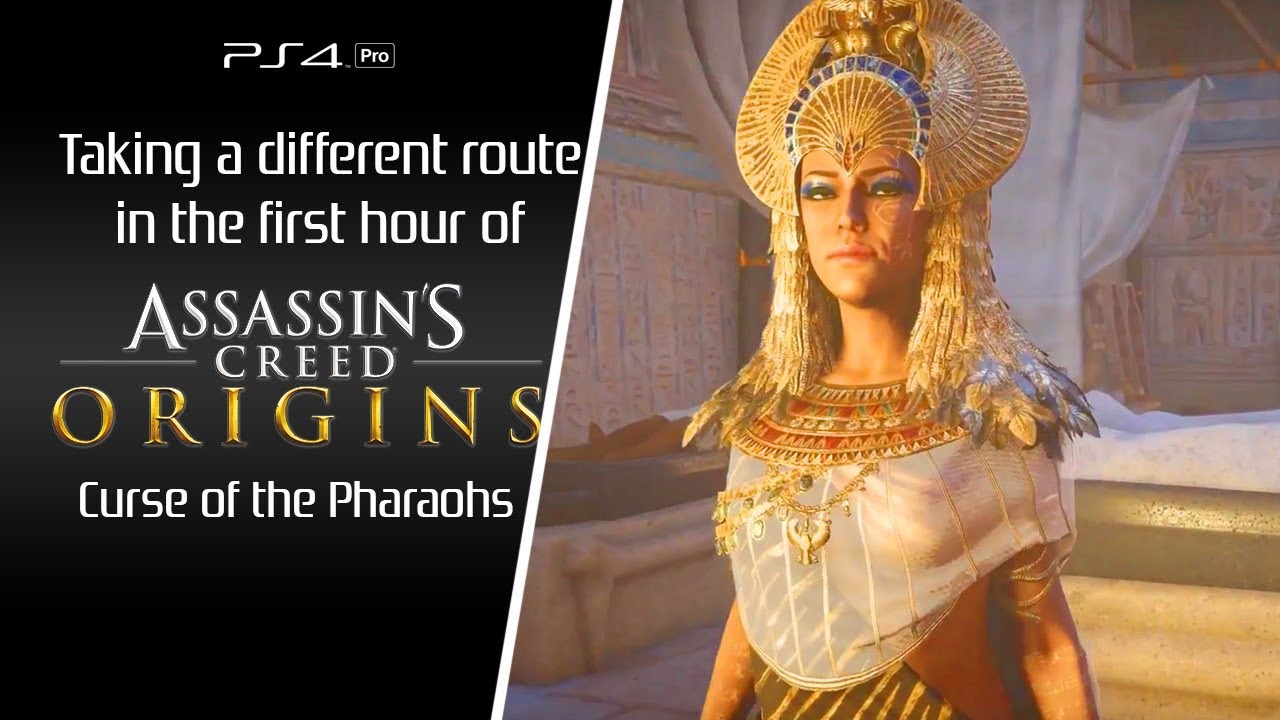 And what lovely new sights they are. Not only does Thebes look absolutely gorgeous (especially in 4K on an Xbox One X) it's an extremely fun location to free-run about in. The vanilla play-space in Origins was vast in its scope, but I often found myself lamenting a lack of parkour opportunities, though there were small oases of monkeying to be found in Cyrene and Alexandria. Thebes is a lovely sprawl that's densely packed with rooftops and dodgy alleyways that are reminiscent of ye olde Assassin's Creed shenanigans. That and you're regularly asked to infiltrate the Minas Tirith-style fortresses of Karnak and Luxor, not to mention there's ample opportunity to snoop through the famous Valley of the Kings.

As cool as these locales will be for thirsty amateur historians, the real drawcard of CotP has got to be the afterlife regions. (And don't worry, Bayek hasn't joined the choir invisible just yet – Ubisoft explains his journey away as “visions”.) Transitioning between these places involves a lovely bit of Egyptian tomb desecration – you know, a bit of dank, the odd ankh – and shazam, you're suddenly in an impossibly gorgeous sub-sandbox where physics make no sense. You won't care to nitpick, however – you'll be too gobsmacked by the graphics to care.

Ubisoft's artists have really been let off the leash here. It's a pleasure to leap off your horse to attack warships that are lazily nosing their way across endless fields of golden wheat, or to start trouble with giant scorpions who love to guard mission items. Likewise, I challenge you to not stop and gawp at the luscious water-world variant, populated by owls with human heads and marauding mobs of Anubis understudies. The latter are manageable threats, especially considering this DLC gives you a free bump up to level 45. However, the same cannot be said when these phantoms start to manifest in Thebes as mini-bosses at ridiculous power levels. Even the most hardened Origins veteran will feel tested. 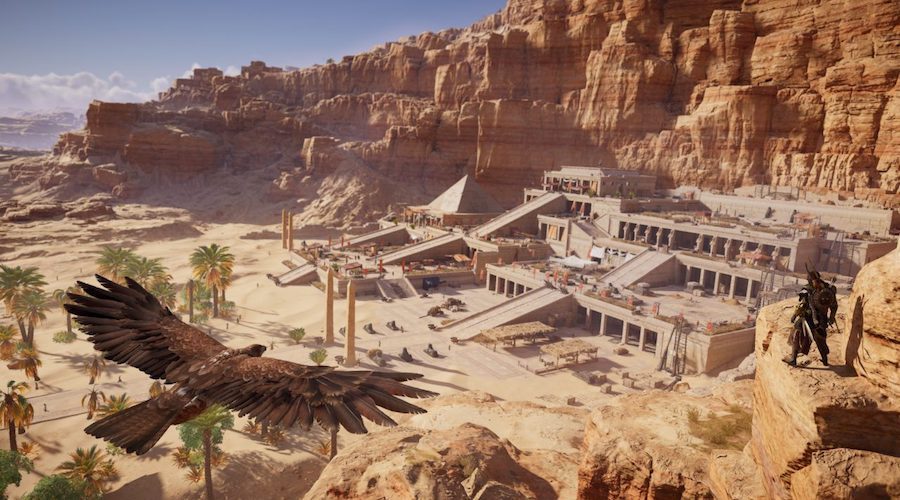 The titular Pharaoh Curse enemies are an interesting new element in the overworld. Whenever they drop in for a current-life holiday you're given ample warning by the Animus, much like Phylake and Shadows of Scarabs enemies. From there it's a matter of hot-footing it across the desert in time to stop these eight-foot-high asshats from murdering the common folk. The upside: socially-responsible players will be rewarded with a rare material that will allow them to further enhance their equipment beyond the current norms, plus there are some insanely cool weapons to earn. The downside: these jerks have weird fighting styles and a habit of de-spawning after you've undertaken an interstate roadtrip to get to them. It's punch-your-controller stuff.

If you hold straightforward questing in high regard, your patience may be tested here too. Bayek's mission to secure his fancy trinket gets split into two main routes very early on. This in itself is by no means a bad thing, as having a non-linear path into the guts of a DLCt is always appreciated. That said, every step of either path tends to pop up as main quests that must be clicked into, rather than having a natural flow on. It's just a needlessly messy way to navigate 8 hours worth of content.

These are minor peccadilloes though. In my mind, Curse of the Pharaohs is less about the continuing narrative (which is serviceable enough) because Ubisoft has already mummy-wrapped Origins and the Bayek thread up in the last DLC. From here on out I'm looking for my content to deliver either novel locales and high-end combat challenges, or weird edutainment updates that turn the game into an interactive museum. If you're after the former, this DLC is well worth exhuming.

While Curse of the Pharaohs isn't the strongest story content we've seen in Origins, it's a breath of fresh air in other ways. Jaw-dropping mythical lands, taxing fights and rich rewards await you, neb.