Financial services continue to engage with fintech and show the viability of the sector. 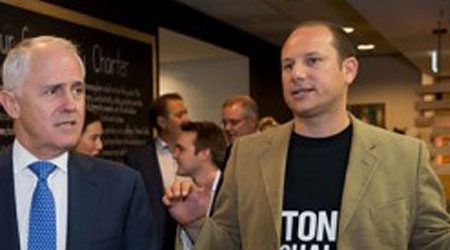 Stone & Chalk was established in August 2015 as a collaborative hub and incubator program to support the burgeoning fintech space in Australia. A notable partner at Stone & Chalk's inception was Westpac Group. However, as the first customer-owned banking partner, CUA represents an important step forward.

Sue Coulter, CUA's general manager of business transformation and technology, said it will bring a unique perspective to Stone & Chalk's residents over the course of the partnership, which lasts for 12 months.

"Like many of the entrepreneurs working in the fintech hub, CUA’s size allows us to be more agile than our larger competitors, as well as providing customers with a genuine alternative."

Australia's fintech space has been going through a phase of rapid development, with the establishment of a federal expert advisory group and increased regulation in the sector. While it wasn't these developments that made banks recognise fintech firms, it may have made them less complacent about fintech in general.

According to a report released by Frost & Sullivan, Australian banks stand to lose up to $13 billion in aggregated revenue to fintech startups. By 2020, fintech will contribute $1 billion to Australia's economy.

Disruption is an overused term in the fintech space, but when faced with figures like these it's hard to dance around it.

While the Big Four have all engaged in fintech in some way, they have each taken up different strategies. The Frost & Sullivan report analysed each of the approaches and found the CBA and Westpac as the most likely to succeed with their engagement with the fintech sector, with Westpac slightly ahead.

Both Westpac and CBA have experimented with blockchain and established innovation labs committed to technological research. NAB and ANZ have also made progress with their fintech efforts, but their initial delay caused them to fall behind their Big Four competitors.

The disruption between fintech and traditional financial services may be more collaborative than previously thought. Banks looking for opportunities are partnering with smaller, agile firms and in turn offering what they can.

Coulter said that CUA will be working closely with Stone & Chalk's resident startups as part of the collaboration.

"In addition to being exposed to the ideas emerging from the Fintech hub, CUA would also look to provide support, coaching and advice back to the resident startups."