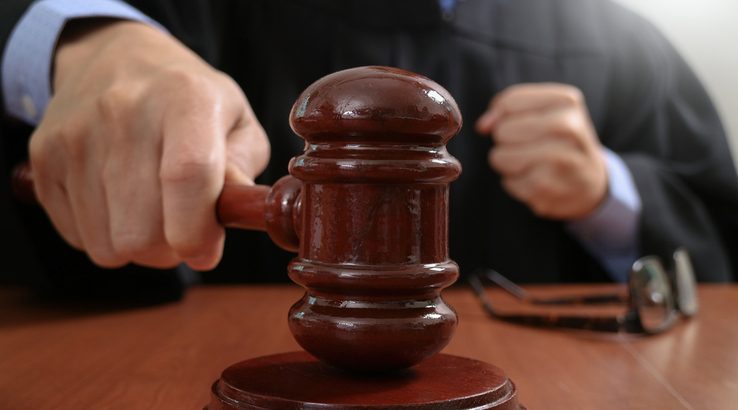 The CTFC is cracking down.

Two alleged cryptocurrency scam groups will be having their day in court, following investigation and filing by the Commodity Futures Trading Commision (CFTC). Detailed court filings from the CFTC highlight the issues being investigated.

Inside the alleged scam groups

CabbageTech, and its co-alleged-scammer DropMarkets, apparently lacked the gift for fiction that characterised TEH's scam. Its tactic was simply to boast about being really good traders and to convince people to buy hot tips off them. For example, it claimed to offer returns of up to 300% in one week if you joined its expensive VIP trading group, or said that they could successfully invest on your behalf.

It wasn't long before people realised that the CabbageTech hints were more like hot garbage and that the founder, Patrick Kerry McDonnell of New York, had (allegedly) misrepresented his experience and success. He claimed to be a "professional trader" and said that he had made returns of over 1,000% on specific coins; neither claim was substantiated, according to the filings.

Whenever someone asked for their money back McDonnell would allegedly toss off a series of excuses, and then abruptly cut off all contact when they didn't buy it.

The scam started around January 2017 according to court documents and only lasted a few months.

The other alleged scam, operated by Dillon Michael Dean from around April 2017, was a bit more subtle than McDonnell's approach. TEH managed to raise a total of US$1.1 million worth of bitcoin, from at least 600 people, by allegedly using a series of lies to prolong their fundraising.

They liked to operate on closed Facebook groups, which let them raise money directly while maintaining complete control over the conversation space, the filings said. Any time someone started causing trouble they were simply removed from the group.

The customer displayed a made-up balance, so as long as they didn't try to get their money back TEH could simply make up numbers. Like all Ponzi schemes, TEH actually did pay out some customers their promised returns. When people tried cashing out in the first few months they had no problems.

“Waiting on a huge trade on OIL. This week will be recorded next week after oil and afew other trades are closed. This week will be just like the previous time we had to wait ontrades to close. Thanks! Patience = money.” - TEH Facebook

The post included an image containing an unlabeled graphic that was illegible except for the handwritten phrase “massive profit.”

TEH has been accused in the filings of doing literally nothing except taking money and then making up stories about their adventures on the market. The scheme apparently started falling apart around August, at which point TEH has been accused of blocking customer withdrawals and coming up with smokescreens of excuses to delay them.

“Withdraws; SLOWWW blockchain…btc was losing it there for awhile lol I am waiting on a few large transactions to be moved over into our BTC wallet for themass payment for everyone’s withdraws.” - Dillon Michael Dean, alleged trading expert.

As all the scam accusations grew unmanageable on their Facebook group they shut it down and moved the "true believers" to a new group.

Later that month the group featured an allegedly tall tale about a hacker attack and gave members detailed yet fairly meaningless instructions on how to sort it out and protect their funds.

For example, after the hack that never happened, TEH is accused of requesting customer information and promising to use it to sort everything out, while they simultaneously moved to a new website that would make everything better.

According to the documents they'd then just make busy noises for a while, occasionally posting updates pleading people to only withdraw their money if they really needed to, because the new website would fix everything and they just needed to wait a bit longer.

Eventually, TEH victims apparently realised that they weren't going to be getting their money back, and started to make legal moves, which led to the eventual CFTC charges. In the meantime, the team at TEH had moved onto another alleged Ponzi scheme at realtradeprofits.com (now shut down).