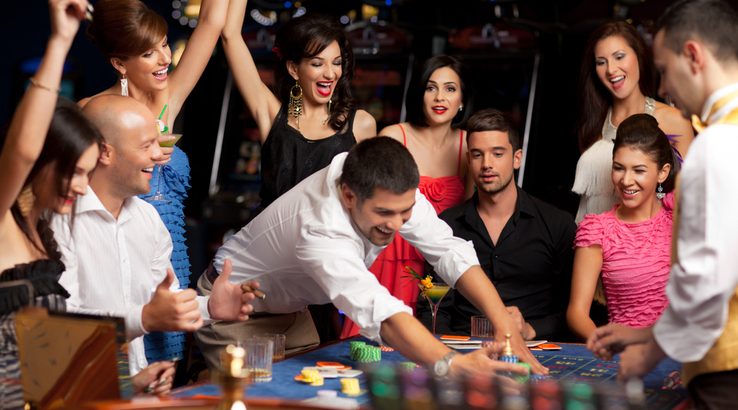 On weekends, people swap out their BTC and ETH for altcoins and have a decentralised crypto party.

A distinct pattern emerges when you look at CoinMarketCap trade volumes for the top coins by day of the week. This slightly tentative trend has been going on for at least a few weeks now, and may have been especially pronounced last weekend on Saturday 10 February.

Let's take a vague and poorly-formatted look at what happened to the 24-hour trade volumes of the top six coins by market cap over the weekend.

Source: All charts on this page were shoddily ripped from CoinMarketCap. 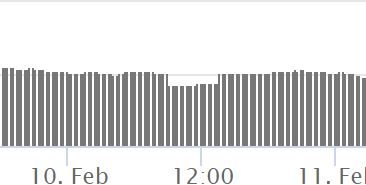 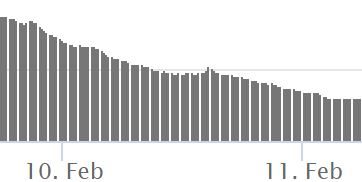 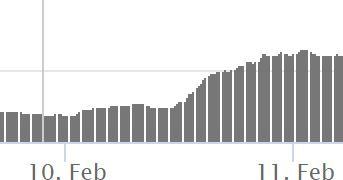 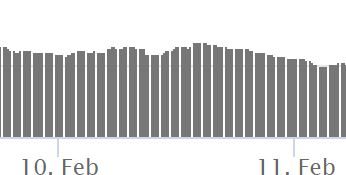 Distinct bites taken out of the BTC and ETH volume, followed by broader rises in the trade volumes of the other coins. It was only a brief uptick for BCH and a fairly smooth ride for LTC, but XRP and ADA saw a pronounced lift.

So what's causing this? It could be a few things. Perhaps a major BTC/ETH exchange went down for maintenance at that time. Or maybe a crypto-billionaire sailed their yacht into a spot without Wi-Fi.

But Saturday dips in BTC and ETH volume are fairly consistent across previous weeks and they don't always happen at exactly the same time so it's probably not an exchange issue. And you don't become a crypto-billionaire by losing Wi-Fi like some kind of digital prole, so it's probably not that either.

The more likely solution? Saturday is altcoin day, as traders shuffle funds out of BTC and ETH and across exchanges to do some trading.

Here's what happened to Ripple, Cardano and Litecoin prices that weekend.

Is there a point to all of this?

Not really. But it looks like all the cool kids do their trading on weekends. Clearly, people aren't quitting their day jobs to play the crypto markets, so that's nice.

But it might also be worth bearing in mind if you want to attempt shorter-term price predictions. It's reasonable to assume that you don't want to be one of the people who bought ADA or XRP at its peak last weekend, so consider the fact that Saturday rises may not last beyond the weekend. Some coin shoppers might also save money by picking up on Friday to beat the rush.

And if you're into the cryptocurrency CFD scene, it might also be worth paying close attention to precisely when your positions expire.

It's worth casting an eye over Litecoin in particular. One of this coin's main purposes is to facilitate BTC trades between exchanges. People convert BTC to LTC, move the LTC elsewhere, then convert it back to BTC for trading. This is because it's usually a lot cheaper and quicker to perform this conversion than transferring BTC itself. As such, it's possible that LTC prices could start varying widely between exchanges, especially on smaller exchanges on weekends if people are shifting it.

These weekend patterns were borne out across many more coins than those mentioned here, so it might be worth taking a gander at typical weekend coin prices yourself, if you're looking at anything in particular.

If nothing else, feel free to take a moment to consider the artful dichotomy between cryptocurrency markets taking off on the weekends and mainstream markets only operating during business hours.