Markets are down, while Steem and Stratis experience identically ludicrous rises.

Cryptocurrency prices experienced a lurching readjustment today, dropping about US$15 billion off the face of the market.

What caused the drop?

It's hard to say what caused the drop, but the most reasonable suppositions are that everyone spontaneously decided to cash in their gains of the last few days or that there's a bit of market manipulation going on.

The market movements have been profoundly unnatural in recent months, with mostly sideways prices and a gradual downwards limp punctuated by ridiculous-looking ups and downs that coincidentally seem to go exactly against sentiment most times.

Each one of those sharp shifts liquidates a lot of unfortunate traders, and one can reasonably assume that that's exactly what they've been engineered to do. With that in mind, going contrarian might be an increasingly reasonable bet for anyone brave enough to step into the ring.

Bill Gates recently said he would short bitcoin if he could. It was a fairly weird comment, seeing as it's been possible to short bitcoin for about five years now. Crypto traders would probably love it if he did though – that might actually make prices go up.

It's not all bad news for all coins though.

Stratis and Steem both saw large pumps earlier in the day at literally the exact same time down to the minute. For what it's worth, that's Steem on the left and Stratis on the right. 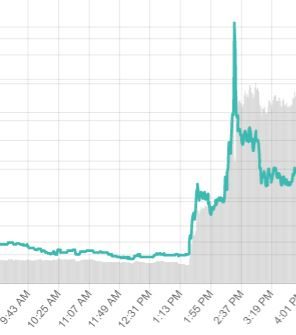 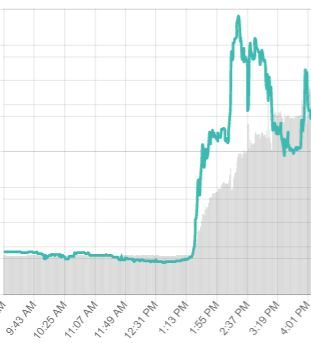 In both cases it looks like the rises were down to ludicrous feeding frenzies on Bithumb.

The exact same thing was recently seen with NEM (XEM) experiencing a ridiculous jump on the back of ridiculous Bithumb volume and leaping up and down a couple of times since then. It's probably not a coincidence that those NEM jumps similarly took place through Bithumb, starting at almost exactly the same time as today's Steem and Stratis leaps or precisely 12 hours off in one case.

Maybe someone in Korea keeps falling asleep on the buy button or maybe it's a deliberate pump. Either way, it might mostly mean an arbitrage opportunity for those who are prepared.