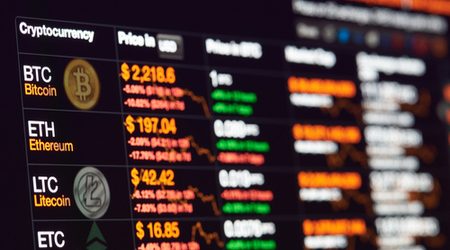 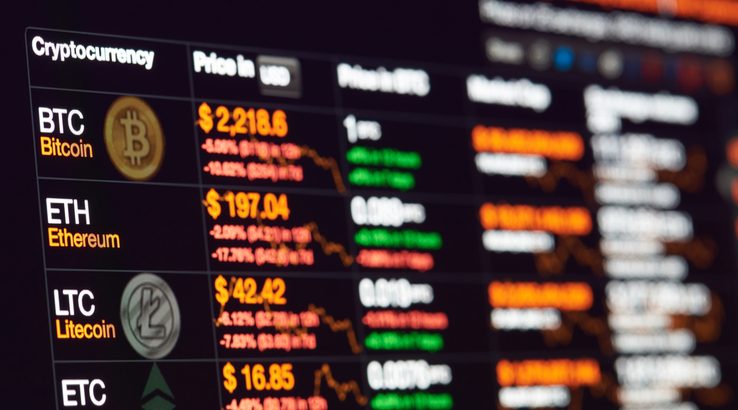 Cryptocurrency prices are plummeting, but some coins are really going for it, dropping over 20% in 24 hours.

These are the biggest losers at the time of writing, with some of the largest 24 hour drops around.

Prices and shifts are at the time of writing, of the top 100 coins by market cap, according to CoinMarketCap.

A straightforward Monero fork with few discernible applications. Electroneum is distinguished by its attached mobile phone game that simulates mining, using your phone battery and data without giving any actual reward, to help convince newcomers of the usefulness of cryptocurrency.

A blockchain middleman, designed to let smart contracts connect to external data sources such as market information, other blockchains and bank accounts.

A mobile network token used to purchase mobile data on an open marketplace.

An ambitious project that uses a kind of "blockcube" rather than a blockchain, with the eventual goal of creating a global network through a series of ground-based nodes and micro-satellite nodes. Currently one of very few projects that claims to be quantum proof.

A token focused on cross-chain compatibility, and bringing the benefits of multiple blockchains to each other. It's characterised by an eight second block time for snappy transfers, and extremely high mining rewards for the master nodes. Even with the current price slump its 51 "decentralised" node operators are earning well over $1,000 worth of ARK per day.

Syscoin is a decentralised marketplace token. Despite some ups and downs it's been having an overall painful week. Binance's announcement of its own decentralised exchange might have seen some users sell off.

A crowd predictions token, allowing users to essentially bet on the future. Individuals with a penchant for prophecy can earn returns, while the collective bets of the community can be assembled into cogent predictions which tend to be more accurate than those of individual experts.

ICON aims to become the blockchain network of South Korea, crossing industries and tying the country's businesses and individuals together. By all appearances it's well underway, but this has rarely been reflected in its prices. Perhaps it's no longer cool and edgy enough to attract local speculators.

A token initially conceived in Disney as part of its experiments into blockchain applications, with a focus on intellectual property management, and then hatched outside by its creators who left to pursue it.

The token itself functions as a kind of software license, while the Dragonchain system is designed to allow for highly specific and customisable blockchain creation across a wide range of industries that can benefit from highly tailored blockchain solutions.