Crypto miners turn $11 into $6.7 million just by saying it is

The oracle vulnerabilities may just be the tip of the iceberg that is PegNet's problems.

A group of cryptocurrency miners recently turned $11 into $6.7 million. They did this by telling everyone that the $11 was actually worth $6.7 million.

This is probably that one simple trick your bank doesn't want you to know.

How to tell a convincing lie

The miners were on a network called PegNet. It's a stablecoin system where miners are incentivised to serve as agreeable oracles.

That's what they lied about. Specifically, they fibbed about the USD/JPY exchange rates.

At current exchange rates one yen is worth about one tenth of an American cent, but these oracles said the correct number is actually $5,306. Then they went and converted their yen to USD, turning $11 equivalent into $6.7 million equivalent.

That's what they call "a whopper" in the lying biz.

The reason they got away with this whopper is because they worked as a group to collectively lie to the network, so their lie outweighed all the other oracles. It doesn't appear to have been difficult. It only took four colluding mining pools to successfully attack the network.

After doing the swap, the miners "then tried to liquidate as much as they could on exchanges" according to the postmortem.

They don't appear to have been very successful.

Instead of selling it they ended up burning most or all of the new money by sending it to a burn address, but only after scattering it into a whole lot of different currencies and wringing it through thousands of transactions.

It's not clear whether all the money is accounted for.

They now say it was a penetration test. If that's the case, it was wildly successful. They have conclusively proven that PegNet is seriously vulnerable and that you'd have to be crazy to keep any money there.

Opinion: Run. Flee for your money. Iceberg ahoy. Not financial or seafaring advice.

The $6.7 million didn't come from anyone. No one was robbed in the transaction.

Rather, the funds were blipped into existence by the PegNet computer program based on the understanding that someone had traded in $6.7 million worth of one asset and was therefore entitled to an equivalent amount of another.

This no-collateral system is at the heart of PegNet.

The whole point of PegNet is that by wisely and seamlessly swapping between synthetic assets, a user will end up with a PegNet portfolio that, on paper, is valued significantly higher than any underlying collateral.

To quote the horse's mouth: 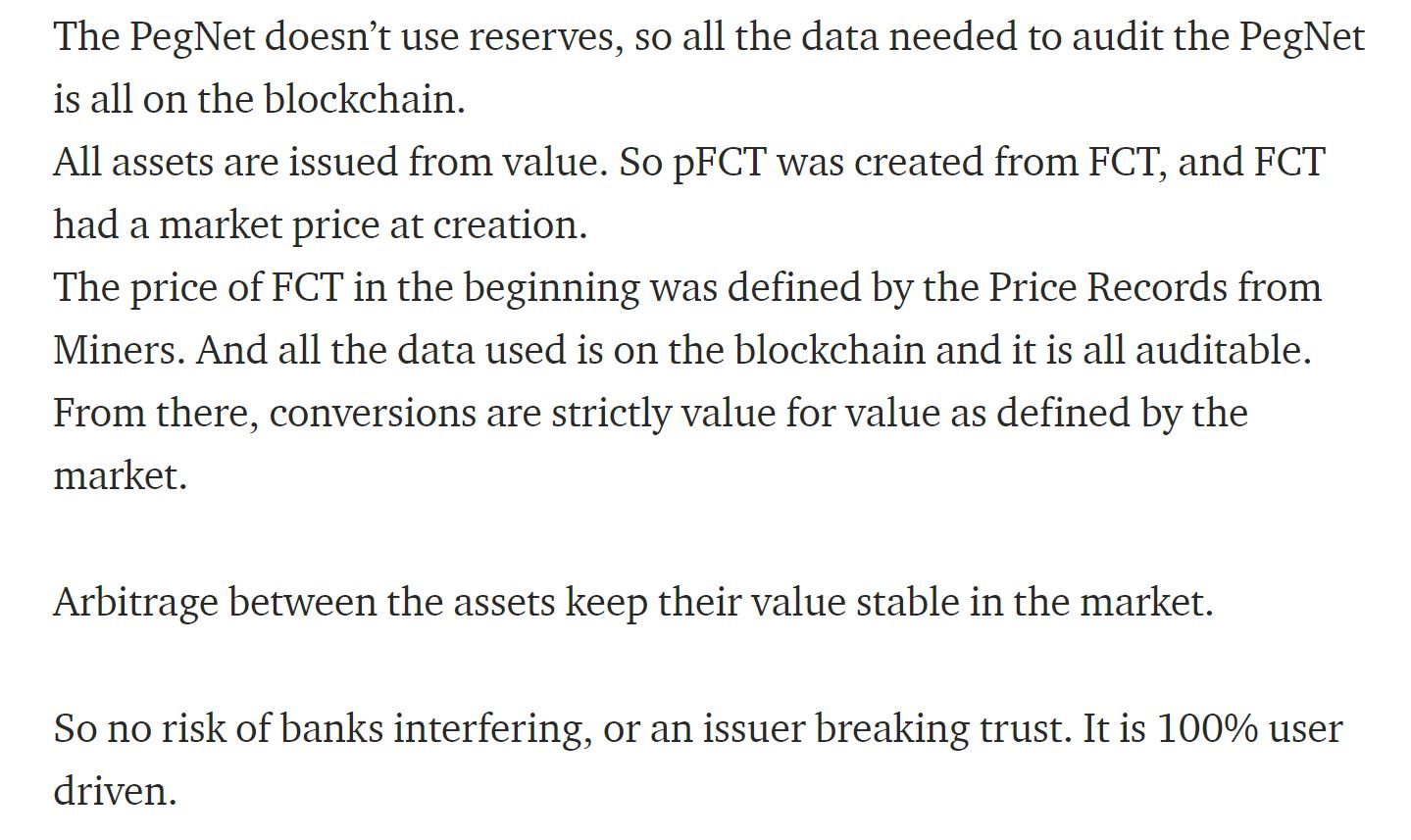 The only way PegNet can avoid an outcome where its synthetic assets greatly outvalue its collateral value is if PegNet users are constantly at least as likely to lose money as to make money while trading PegNet assets.

That's highly unlikely, and even if it does happen that just means PegNet is straight up a bad product whose viability depends on people constantly losing money on it.

As such, the natural state of PegNet is that the on-paper value of all its synthetic assets is constantly outgrowing its collective collateral. The difference between PegNet's total synthetic asset and total collateral value is pure smoke and mirrors, barely held together by chewing gum and trust in the security of obviously broken oracles.

Consequently, PegNet synthetic assets are worth much less than their on-paper value. There is no reason for the market to ever value pUSD at a dollar each or pBTC at a full BTC each.

Various nuances about needing to cash out via the PEG token and whatnot just reinforce the fact that a pBTC isn't as good as a real BTC.

It's no surprise those pen testers couldn't unload $6.7 million of pUSD. They probably couldn't have gotten rid of it even if it was legitimately obtained.