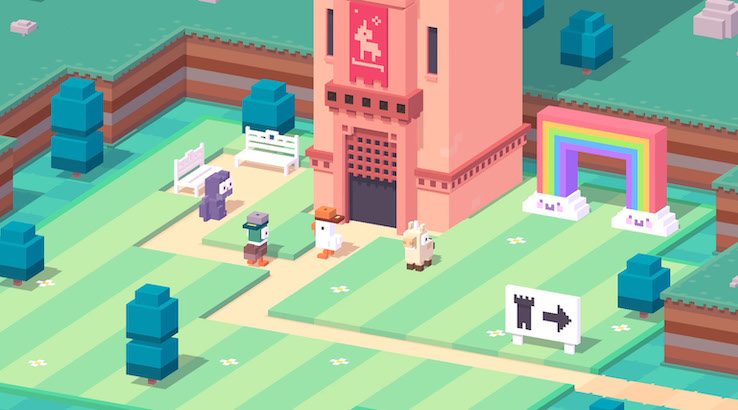 Australian indie developer struck oil when it launched Crossy Road back in 2014. Like all the great mobile games of that era (Angry Birds, Flight Control, Doodle Jump) it wasn't an overly-complicated game to get your head around, but the tight, concentrated gameplay experience was addictive fun.

Within three months of release, over 50 million people had tried crossing Hipster Whale's road and now we know why. It wasn't to get to the other side; it was to get to the sequel. It's a bigger and more expansive experience, turning the action into a four-player tower climbing arcade romp that still comes with a retro flavour, but has room to grow and grow and grow.

That's because it's being backed by Apple. As part of the Crossy Road Castle announcement came news that Hipster Whale has signed the title up as an exclusive to the newly released Apple Arcade subscription games service. I'll detail what that means for the game later in the article. But first, let's explore what Crossy Road Castle will offer gamers.

Need a new mobile phone? Here is everything you need to know. 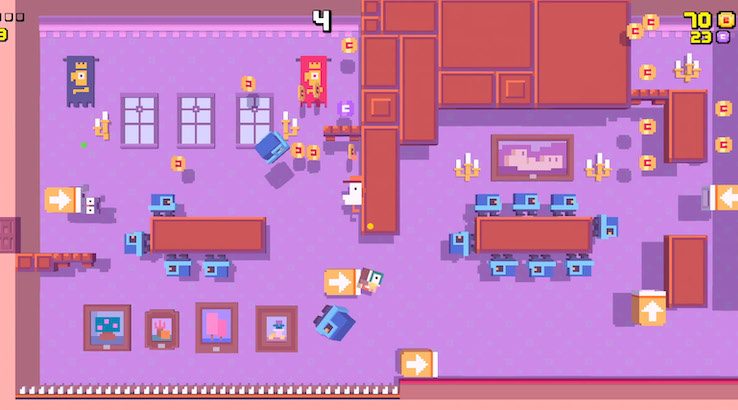 The first two games I thought of when I first put hands on Crossy Road Castle were Fez and Downwell. Fez in that the Crossy Road sequel has a similar retro vibe and colour theme, as well as towers that rotate as you move between different areas. Downwell in that it's fast-paced and vertically scrolling.

You and up to three friends find yourself rising up through a castle at a blisteringly fast pace. Like the original's endless roads, the castle tower has endless floors – the goal is to get as high as possible. There is no shortage of obstacles to avoid and coins to collect as you go, which you can use to customise unlocked characters with a range of fancy hats. But dodging threats is only part of the challenge. You need to handle moving platforms, ride rainbows that lift you into the sky and bounce of springy objects.

And while each room is "handcrafted" be Hipster Whales level designers, what spawns inside them is random. This ensures each floor is familiar enough to handle at pace, but not predictable enough to become boring.

Reach the top of any given room and you, as well as your friends, are spun around the castle and into the next room on the higher floor. There is no pause. You're straight back into the action. It's breathless fun, and I found the controls very responsive, even if the challenge itself was still being tweaked. I was told there are different difficulty levels to experiment with, too, but we only played the one during the demonstration.

At first, the multiplayer aspect of the action feels quite co-operative. You don't bump into other players like New Super Mario Bros and only one of you needs to make the exit for all to benefit. I was told you'll also come across "puzzles" where you need to work as a team to get through an area (think of your classic pressure plate situation).

However, there is a competitive element, too. I didn't see this action, but I took it to mean that what you collect as an individual and what rooms you clear first will be tallied up for bragging rights.

Most important of all, despite the change in setting, focus on multiplayer and greater complexity in what's happening in any given moment, this sequel hasn't lost that Crossy Road magic juice. 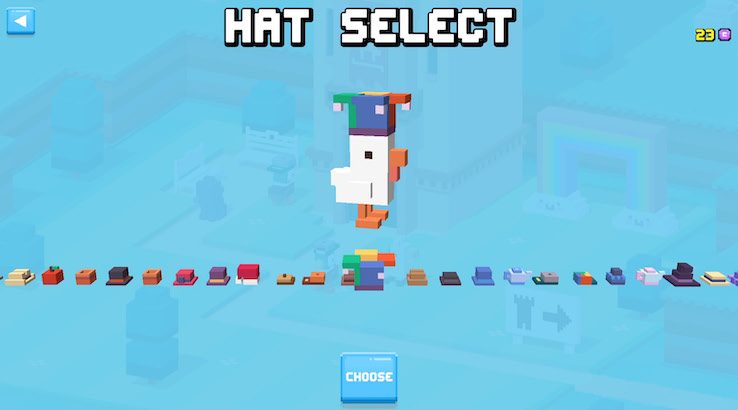 When is Crossy Road Castle releasing?

Crossy Road Castle has yet to secure a specific release date. However, Hipster Whale co-founder Matt Hall told me it will be out in 2019. The gameplay I experienced felt quite close to complete, so I suspect it's more down now to Apple working out the how and when of adding it to the expanding library of Apple Arcade games.

Looking for a new mobile plan? See if you can get a better deal here.

The Crossy Road sequel, Crossy Road Castle, will not appear on the App Store as a standalone purchase. This is a change that may surprise existing fans. Instead, it will be available through the new Apple Arcade service. This subscription games service only launched in September 2019, and it's worth learning more about this service.

In a nutshell, for $7.99 a month, you get a library of 100 games to play whenever you like. (Actually more than that as new titles like Crossy Road Castle release.) These are curated premium games. That means no ads or in-app purchases (IAPs). Games that would normally cost around $7.99 each to buy. Your subscription extends across the iOS family, too (iPhone, iPad, iTouch, Mac and Apple TV). And you can have six accounts under one subscription, making it very family-friendly.

Indeed, part of the curation process involves looking for games that are suitable for all ages. However, Apple also seeks out titles that innovate and bring something new and fresh to their genres, as well as titles making the most of the features and power of Apple's range of devices.

What does Apple Arcade bring to Crossy Road Castle?

For the developer, being selected for Apple Arcade has significant benefits. The team at Apple will provide the studio with:

Speaking with Matt Hill specifically to what Apple Arcade exclusivity has brought to Hipster Whale and the Crossy Road series, he spoke to the freedom to make the exact game they wanted. Without needing to seek out monetisation through ads or IAPs, there was more flexibility in how the studio could construct the gameplay. Plus, they can pre-plan ongoing support for additional castles, characters and, no doubt, hats, into the future.

Hill even talked of online multiplayer being a potential future for Crossy Road Castle. Although stopped short of confirming it as a feature fans can expect. 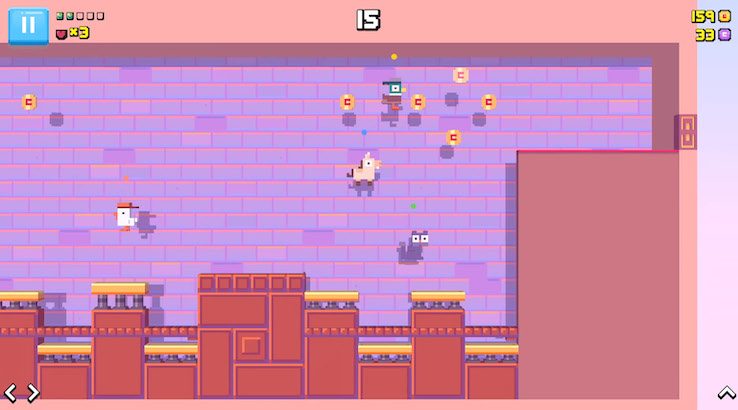