While some countries are still migrating to card payments, others are already moving from card to stablecoin.

In his recent testimony before Congress, Mark Zuckerberg warned that excessive opposition to the Libra stablecoin would cause the US to fall behind in the digital currency and payments space.

It's probably a little late for that though.

In the United States, credit cards and debit cards are currently the innovative payment method of choice and are seeing the most growth right now. 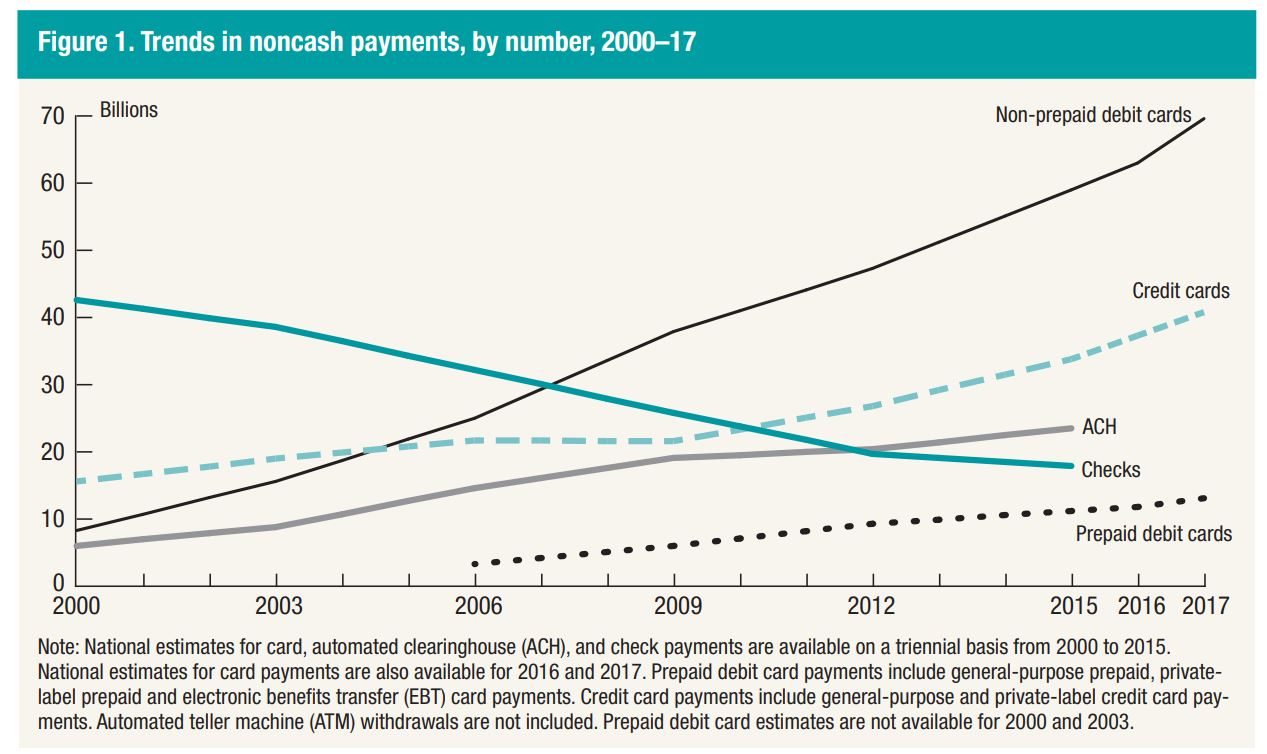 But the same card payments that are now growing in the United States are exactly the segment being disrupted by stablecoin payment apps in South Korea.

The fastest-growing mobile payment app in South Korea right now is CHAI, which is based on the Terra blockchain.

It reached half a million users in just four months after launch, and those users have cumulatively transacted the equivalent of US$54 million in that time, across a total of 2.7 million transactions. From this December, 14,000 physical CU stores (Korea's largest convenience store chain) will have CHAI payments available.

It's also integrated with TMON, one of Korea's more prominent e-commerce sites with more than 9 million users (for reference, South Korea has a population of about 51 million) and it's managed to capture more than 10% of TMON's total transaction volume in that time.

Incredibly, over 90% of that captured volume was taken from card user payments.

Anatomy of a payment

While parts of the world continue slogging away from cash and cheque and towards card payments, stablecoins in South Korea are quickly eating away at the territory previously occupied by cards.

Terra attributes CHAI's rapid growth to the attractive discounts it offers for buyers and sellers and the straightforward low fees for sellers, who pay about 0.5% in transaction fees rather than the 2.5% to 3% that is more common to card payments.

To be clear, "card payments" in this context does not just refer to the presence of a physical card – though CHAI does actually plan to launch its own Terra-powered physical card in the near future. Rather, it refers to card payments in what the IMF has described has "B-Money" currencies, characterised by complex, expensive, bank-heavy backends of the kind that Terra eliminates.

It also does away with exchange rate expenses. Terra allows the issuance of tokens pegged to different currencies (USD, KRW, etc), which makes it a practical unifying system for cross-border payments.

This may also speak to the success of stablecoins in Korea relative to the USA, where the need to navigate foreign exchange rates is a more everyday thing for online shoppers.

As of 2018, only 34% of online shoppers in the USA would ever buy from international sellers. It's only a very slight improvement from two years prior in 2016, when that number was 32%. By contrast, a 2016 survey found that 44% of Koreans had gone cross-border online shopping within the last year.

But more significantly, cross-border online shopping is currently exploding in Korea, which probably drives a large part of the growing demand for more affordable ways of navigating international exchange rates, or simply avoiding them altogether.

CHAI's growth is driven specifically by online shopping and by customers who are abandoning card payments in favour of CHAI. It's also especially suitable for cross-border shopping, an area which is currently growing incredibly fast as a whole.

It's also worth noting that Terra is an algorithmic stablecoin. It maintains the value of its currencies through self-correcting market mechanics, rather than more bluntly sticking a bunch of money into a vault and issuing coins based on that, the way Tether does and the way Libra is proposing.

This is relevant because there are signs that US lawmakers are about to get hung up on the question of whether collateralised stablecoins are technically derivatives and securities, while G7 and G20 nations have all expressed collective fears that a large collateralised stablecoin issuer like Libra could imbalance entire economies by manipulating its reserves.

Terra-based solutions may, in principle, be able to step outside of those concerns.

On the one hand, all the current pushback on Libra and stablecoins in general is putting a damper on many projects. On the other hand, the explosion in cross-border ecommerce says that there's never been a better time to be a stablecoin, as evidenced by CHAI's massive growth.