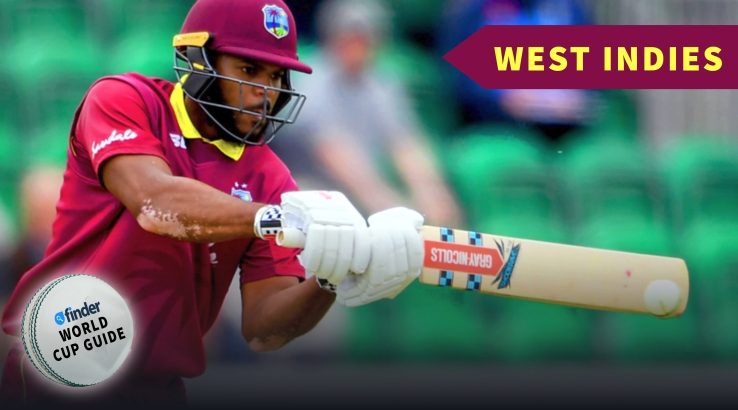 West Indies will need everything to click to get out of the Cricket World Cup group stages, but when the wind blows, it Gayles.

The West Indies won the first two Cricket World Cups, but those halcyon days are long gone. Such has been their fall from grace, they've had to endure the ignominy of qualifying for this tournament rather than being automatically included like the top eight sides in the rankings. It was a relief they did because despite not being anywhere near the great teams of the past, no Cricket World Cup would be the same without the West Indies.

The format of this tournament might count against the West Indies as consistency tends to let the team down, but there is enough talent there to cause a few upsets. It hasn't all been doom and gloom in recent years either as performances in T20 competitions show: the West Indies have won two of the last three ICC T20 World Cups.

With ODI cricket becoming a higher-scoring format, largely because of T20 cricket, that could favour the West Indies. In their last warm-up match before the tournament, West Indies posted 421 against New Zealand and didn't even complete the full 50 overs. Astonishing!

Indeed, just prior to the World Cup commencing, the West Indies improved their rank from nine to eight, meaning they would have automatically qualified had the fixtures been drawn today.

It's important to note the 2019 Cricket World Cup is 39-year-old Chris Gayle's last international tournament. If the self-described "universe boss" gets into his groove, the rest of the players could rally around him and surprise a few people. Captain Jason Holder has impressed with bat and ball in recent years, too, while wicketkeeper Shai Hope is in good form after a century in the last hit-out before the tournament. There's talent in the squad, but maybe not quite enough.

From one island paradise to another, every one of the West Indies Cricket World Cup matches will be broadcast live (and on demand) in Australia via Foxtel and Kayo Sports. We've put together a robust comparison of these two streaming giants, alongside more information, in our where to watch the Cricket World Cup guide.

At 39, Chris Gayle falls just shy of being the tournament's oldest player (that goes to South African spinner Imran Tahir). There has been no disruption to the originally announced World Cup squad, although the absence of Marlon Samuels, still one of the country's best ranked all-rounders and batsmen, is surprising. Here is West Indies' 15-man squad for the ICC World Cup 2019. This can be changed up until 30 May in case of injuries, so we'll update this list as required.

Here are the scheduled matches for all the West Indies matches in the ICC Cricket World Cup 2019. This includes a guide on where to watch a live stream of West Indies' games in Australia.

West Indies top of the 6

31.05.19 - Look for the ball in the carpark cricket fans as the West Indies like to hit it out of the stadium like no other team at this year's tournament. With a 6 on average every 36 balls, the likes of Chris Gayle are set to terrorise bowlers across the Cricket World Cup tournament. In a warm-up match ahead of the tournament, West Indies smashed 18 sixes and we can expect more of the same, starting against Pakistan.

30.5.19 – West Indies batsman Shai Hope has talked up the possibility of his team becoming the first to score 500 in ODI cricket. "It is definitely a goal we can try to achieve at some point. Definitely, it would be great to be the first team to cross that 500-run mark and I am sure we have the batting firepower to do it," Hope said. His comments came after he scored a century as West Indies posted 421 against New Zealand in their final warm-up match before the 2019 Cricket World Cup.