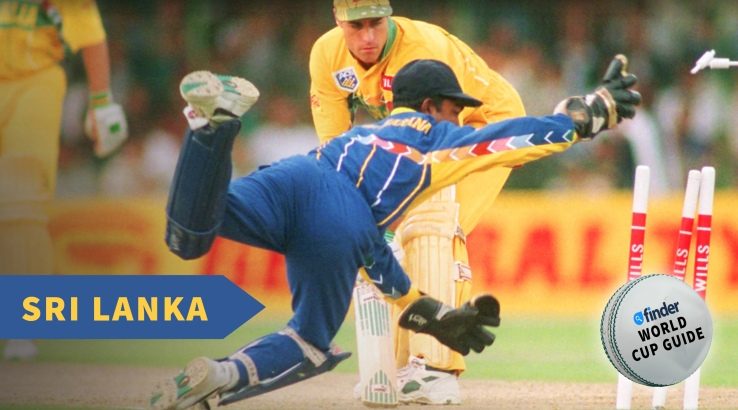 The once mighty Sri Lanka has fallen down the pecking order ahead of the 2019 Cricket World Cup. Can this team rebuild some pride for the little island nation?

In 1996, Sri Lanka smashed Australia by 7 wickets in the final for a glorious Cricket World Cup victory. Aravinda de Silva was an unstoppable force, taking 3 wickets and then peeling off a run-a-ball 107 to send the highly fancied Australians packing. Sri Lanka would not have the same luck in 2007 and 2011, but reaching the final in both these tournaments helped cement the country's place in ODI history.

Yet, as it stands, Sri Lanka is the 9th-ranked ODI nation, with just 8 wins from the last 22 matches, sending the Lions into the cricketing wilderness. With the country recently rocked by heinous terrorist attacks, this Sri Lankan team needs to bring joy and happiness to the people by staying competitive throughout the tournament.

Despite starring in 2 of the last 3 Cricket World Cup finals, Sri Lanka is an unlikely winner in 2019. Things were looking great in February, when the Sri Lankan Test team toppled South Africa in South Africa, 2-0, but that form didn't cross over to the ODI squad. The Sri Lanka ODI team has only posted one win since then (against Scotland), losing a series to both Australia and South Africa, and not playing a single match through April.

It's fair to say Sri Lanka is a little underdone heading into the Cricket World Cup.

There are 6 players with fewer than 35 matches of ODI experience, including captain Dimuth Karunaratne (who hasn't played an ODI since the last World Cup!).

In fact, Sri Lankan selectors seem to have a decided that shaking the tree is the only way to turn the form slump. The country's highest ranked batsman, Niroshan Dickwella and bowler, Akila Dananjaya, were dropped, as were opening batsman and veteran performer Dinesh Chandimal. Still, in Angelo Mathews, Thisara Perera and Lasith Malinga, there is some genuine experience and quality in the team.

A sneaky win here or there from this fresh-faced outfit could definitely upset some of the bigger teams' goals of making the last four.

You can stream live or on demand every one of Sri Lanka's Cricket World Cup matches through two services in Australia: Foxtel and Kayo Sports. You can find a detailed comparison of the features these two services offer fans, alongside lots of extra information, in our where to watch the Cricket World Cup guide.

Below you can view all of the scheduled matches featuring Sri Lanka at the ICC Cricket World Cup 2019. We've also added in a guide on where to watch a live stream of each Sri Lanka match in Australia.

30.05.19 – Sri Lanka will be up against it trying to get out of the group stage at the Cricket World Cup, but veteran all-rounder and former captain Angelo Mathews believes it can work to the team's advantage. "In a big tournament like this, you've got to play with freedom and embrace it, rather than putting too much pressure on yourself. Yes, it's a World Cup, you have to perform well to win it, but at the same time you have to embrace the challenge. If you put a lot of pressure on yourself, it adds to your burden. Look at it as an opportunity to perform; to do something better for the country."