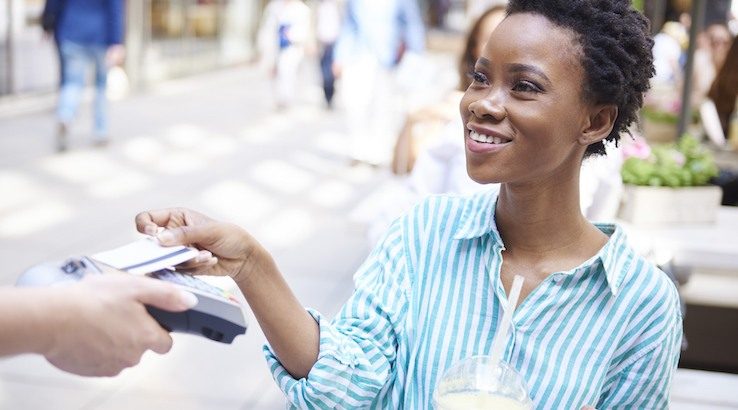 The number of credit cards in circulation has dropped, but our balances have remained steady.

Our wallets may be feeling a little lighter as Australians are choosing debit and buy now, pay later services over credit cards.

This is the first time that the number of cards has declined year on year. At its peak in May 2017, there were 16,761,187 credit card accounts in Australia. This number had dropped to 15.9 million by the end of last year.

So why are we giving our credit cards the chop? It's difficult to pinpoint exactly why, but there are a few factors that could be behind our decisions to close accounts, consolidate our debts and relax our dependence on plastic. From generational preferences to the growing buy now, pay later industry, we've unpacked some of the trends that are changing how we use our credit cards.

While this number is a mere 1% of all credit card purchases in that month, it's clear that this sector is growing and has the potential to continue doing so. According to ASIC's review into buy now, pay later services, Australians owed $903 million in outstanding buy now, pay later balances as of 30 June 2018.

Although these services can help free up cash flow in a similar way to credit cards, you can't use them to build your credit history and score, unlike a credit card. They're also currently not regulated under the National Credit Act and aren't required to comply with the responsible lending laws that stop other credit issuers from providing products that would be unsuitable for the customer.

It's no shock that cash is no longer king and that most Aussies tap and pay for their everyday costs. But when paying on plastic, we prefer to select savings over credit. While we were using our debit cards to make around one billion purchases per year in the mid-2000s, the number has increased massively to 6.5 billion since then. Meanwhile, the number of credit card purchases per year has only reached 2.9 billion.

Millennial spenders are spearheading this debit-over-credit trend. According to 2018 research from Afterpay, millennials are 37% less likely to own a credit card compared to older generations as they consider them risky and costly. The same study also found that the number of young people with a credit card has fallen from 58% to 41% in the last 14 years.

In the last 18 months, the rewards credit card landscape has also changed significantly. Following the interchange fee regulations in July 2017, we saw a number of banks reduce the value of their rewards programs and chop their dual credit cards (cards that offered both an American Express with a Visa or Mastercard) altogether.

As a result, many Australians may have opted to close their accounts that previously offered an American Express. The same applies to credit cards linked with rewards programs that now present lower earn rates, higher burn rates and less competitive bonus points promotions. The market will also continue to change with American Express rolling out a bunch of changes to the earn rates and redemption options across its rewards credit card range in April.

Although the number of cards on the market has dwindled, Australia's total credit card balance has continued to remain high. The total balance on Australian credit cards is $51.9 million compared to $52.9 million 12 months ago. This isn't a big drop given how many cards have dropped off the market.

Based on this information, it could be that Australians are still using their credit cards but relying on one account instead of having multiple cards in their wallet.

Recent credit card reforms and stricter credit card limit assessments will also see the market change in the coming months. As of 1 January 2019, card issuers must assess applications on your ability to repay the credit limit within a three-year period. The calculations assume that your balance is collecting interest at the highest rate charged under the contract. While these stricter credit assessments are designed to encourage responsible lending, it could mean that Australians are approved for smaller credit limits than they were in the past.

When comparing average credit limits in January across 2018 and 2019, Finder didn't see any major changes in credit limits year on year. As these regulations have only just been enforced, it may take a few months before we see if it impacts how much credit we have access to and how we're using our credit cards.