Craig Wright on SPV: “I’m sick of people not getting it” 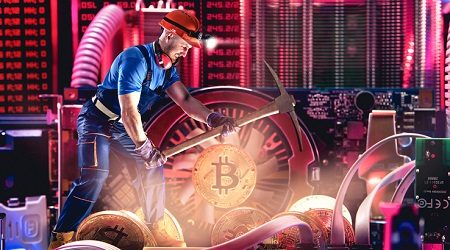 SPV was first proposed in the original bitcoin whitepaper, and has been a source of contention since.

Simplified payment verification, SPV, was given a chapter in the bitcoin whitepaper (section 8, page 5). In simple terms it's basically a system that lets someone verify their own transactions without worrying about any others.

This makes it a very light-weight way of using the bitcoin blockchain for payments. It's also going to be a big feature of Bitcoin SV, Craig Wright said on a recent interview with Crypto Finder. And watch for further details in January, he added.

"SPV isn't implemented anywhere. There are no fraud proofs needed in SPV. It is remarkably simple, I have hinted at this for a long time," Wright said. "And I'm getting sick of people, sort of, not getting it. And no matter how much I hint, I haven't told you. I'll tell you in January... after patents are all locked in."

SPV is implemented in several popular bitcoin wallets, including Electrum and Bread.

"Fraud proofs" in this case refers to a specific debate in bitcoin around the security of SPV wallets. SPV basically works by picking out the longest chain, and the idea is that it's vulnerable to certain attacks as a result of this. The general consensus is that there are potential attacks, but these are so unlikely and specific that they can be safely ignored.

The reason it might be seen as such an essential fixture of Bitcoin SV, then, is because SV intends to have blocks of a terabyte and bigger, which would make it unfeasible for most to run a full Bitcoin SV node. SPV might be an effective way of keeping the system usable and letting people verify transactions without dealing with the full clunkiness of enormous blocks.

Wright suggested as much.

"We can do an SPV equivalent for a merchant as well, where we have a cut down version of the Bitcoin blockchain. The merchant doesn't need to keep petabytes worth of data, they just need to keep eighty byte headers for each block and they can transfer, sort of a check of the mempool to a site that is shared," Wright explained. "And it can be fast and easy and just as secure as everything is now because very simple, because either you have a collision free hash algorithm which case everything works and is totally secure or there are collisions in which case nothing works and bitcoins broken anyway."

More news is coming in January, Wright says, after the patents are locked in. SPV has been around much longer than that though.