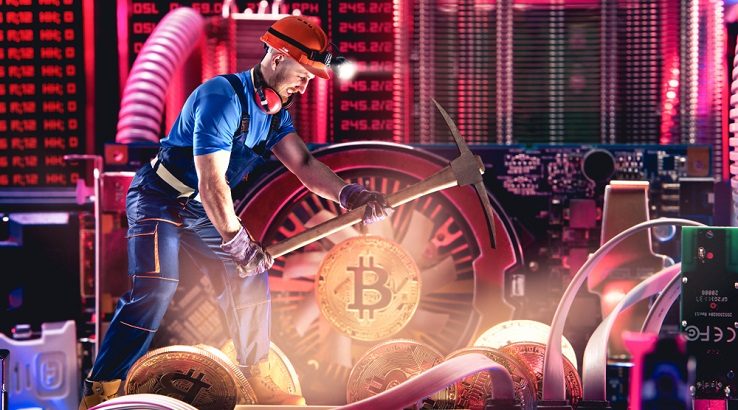 The mystery of Satoshi Nakamoto's identity is inching closer to a solution, one way or another.

In a new twist, a Florida judge has sealed the list of "Tulip" trustees provided by Craig Wright in an ongoing lawsuit.

Australian computer scientist Craig Wright and American cryptographer Dave Kleiman are, according to one theory, members of the Satoshi Nakamoto group that invented Bitcoin. Kleiman passed away in 2013, while Wright has claimed to be Satoshi Nakamoto for several years now.

But there's no hard evidence yet, and ultimate proof of Satoshi's identity is believed to lie in some of the earliest Bitcoin ever mined. As the theory goes, these are known to have been mined by Satoshi Nakamoto, so whoever holds the keys to those Bitcoin must be Satoshi Nakamoto.

What is certain is that Kleiman and Wright were mining large amounts of Bitcoin sometime shortly after Bitcoin's creation. The Bitcoin they mined is believed to be held in a trust, which has been dubbed the "Tulip trust".

Put those theories together, and you have a theory that Satoshi's Bitcoin are held in the Tulip trust.

And then you have the lawsuit.

After Kleiman passed away, some people believe that Wright took possession of all the Bitcoin they mined together through the Tulip trust. The lawyers for Kleiman's estate are among those who believe this theory, and Wright is currently being sued by Kleiman's estate for several billion dollars' worth of Bitcoin. This lawsuit naturally found its way back to the Tulip trust because it's holding the money they're scuffling over.

And that's where we are now.

On 15 May, the courts ordered Wright to reveal the Tulip trust Bitcoin holdings, but Wright said he couldn't because the holdings were locked away in a trust and protected by a secret sharing scheme. Essentially, this means several people each hold part of the key needed to unlock it, and all of them need to provide their key fragment to unlock the Bitcoin.

In a statement to the court, Wright said all these key pieces would be needed to unlock the trust which contains "other data from which information about bitcoin mined after block 70 could be re-generated."

It's worth noting that block 70 was mined just a week after Bitcoin's genesis block. As such, anyone who can prove that they were mining a lot of Bitcoin from block 71 onwards would have a very strong claim to being Satoshi. If you buy all the other cornerstones that this theory depends on, this could be construed as an assertion from Wright that Satoshi's Bitcoin are in the Tulip trust.

But the courts did not feel that Wright adequately explained why he couldn't get all the trustees together and get that data.

"His declaration indicates that he is aware of the other individuals who possess decryption keys. Those individuals are trustees of Dr. Wright's blind trust. He has not explained why he cannot obtain, and has not obtained, the necessary keys from these third parties," the judge wrote. "At this point, the record before the Court fails to demonstrate that Dr. Wright cannot through reasonable diligence [get the keys]."

Compelled thusly, Wright then provided a list of trustees – in essence a list of people believed to collectively hold access to Satoshi Nakamoto's Bitcoin. The courts then sealed that information until further notice, so anyone hoping for a grand reveal today is out of luck.

Well, maybe not entirely out of luck.

It was on 18 April 2019 that Craig Wright said Satoshi's Bitcoin were protected by a secret sharing scheme. But it was on 17 April 2019 that Phil "Scronty" Wilson, who also claims to be a member of Satoshi Nakamoto, said the exact same thing.

Disclosure: The author holds BNB, ZIL and BTC at the time of writing.