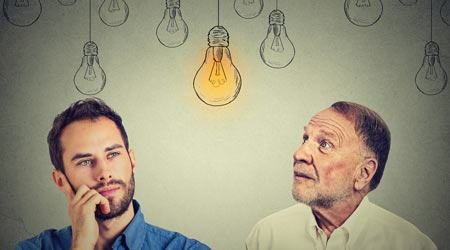 Everyone's talking about this great article but if it's too long for you to read, here's the short summary.

From fiscal settings, government policy and legislation to social attitudes and job security, Gen Y has certainly copped the brunt of it (not to mention the patronizing and pull-your-socks-up accusations from government and media).

The premise of the article is this: young people are suffering and there isn’t a whole lot the government is doing about it.

Borrowing a phrase from Gangland, Cooke reiterates:“They [young people] have the highest suicide rates in the country. They are most likely to be long-term unemployed. The numbers of homeless young people have risen rapidly. They have been among the main losers in cuts to government services.”

For those who didn’t get a chance to read the entire article, here’s what was covered:

The NSW lockout laws constitute a “final straw” for many young Australians who are marginalised from several aspects of society. Not only are they locked out from drinking past curfew, but they are locked out of the property market, affordable education, the welfare system and secure employment opportunities. As Cooke aptly put it, the lockout laws are “confirmation of who the country is run by, and who it is run for.”

Various media outlets insist on the make-believe affordability of property for Gen Y’s. A young person is put on a pedestal for owning multiple properties (if they can do it, then you can too!). Only in the fine print of the media article does it go on to say that the young investor inherited a large sum of money, or that “mum and dad went guarantor” which eliminated the need for a hefty deposit.

Young people are criticised for making money mistakes or for not buying property sooner: if they’d bought property three years ago, for half a million dollars, they’d have made $250,000 by now. Media claims that young people are too “spoiled” or “undisciplined” to own property, but what they fail to recognise is that everything is relative.

For baby boomers, things were a little easier. The postwar era encouraged a high rate of saving where consumer goods were expensive and property was relatively cheap.

Cooke claims that Gen Y’s have been ripped off as far as government policy is concerned. Citing a candid opinion from Chris Richardson of Deloitte Access Economics who said: “There is a stunning generational unfairness in our [budget] settings and all those disengaged younger Australians need to wake up to the fact they’re being massively screwed by … what the baby boomers are leaving for them.”

In regards to negative gearing, Gen Y’s have missed out yet again. Ben Oquist of the Australia Institute explained in February, “the under 30s [are] taking approximately 1% of the benefit of [capital gains discount and negative gearing] tax breaks worth $7.7 billion a year”.

There is a stark contrast between job security prospects for both generations. While young people tackle pseudo-employment or unpaid internships in return for “ongoing support and of course lunch!”, their older counterparts enjoyed stable employment “behind tariff walls”.

Young staff are condemned for having poor work ethic due to “expecting too much” or “spending too much time on social media”, yet organisations do little to manage employee expectations or support young people within a dynamic and competitive workplace.