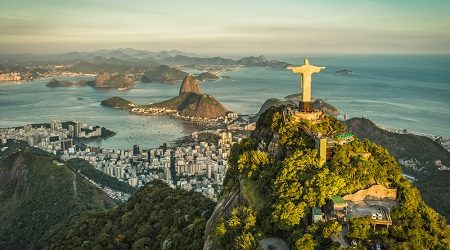 Recent violence in Rio raises concerns for travellers going to the Olympics.

Earlier this week, Aussie Paralympian Liesl Tesch was robbed of her bicycle while training in Rio de Janeiro, Brazil ahead of the 2016 summer Olympic Games.

Tesch, a sailor and wheelchair basketball player, was held up at gunpoint while training with her physiotherapist. The thieves demanded cash but ended up pedalling away with the gold medalist's fitness bicycle instead.

"When it actually happens to you, it actually reinforces how dangerous this city is and how lucky we are to live in Australia," Tesch told reporters.

With the Olympics just around the corner is the level of crime in Rio of real concern?

Igarapé Institute's Homicide Monitor lists 32 Brazilian cities among the 50 most violent metropolis' around the world. These findings are based on figures no older than 2013.

The Economist reports that more than 10% of all the world's homicides are in Brazil. Between 2000 and 2014 the murder rate of white victims fell 14% but rose 18% among black people. Murders of women have also increased, up 12%.

But Brazil’s most violent cities are typically located in the north of the country, far from the Olympic city of Rio de Janeiro.

The country's two biggest cities Sao Paulo and Rio de Janeiro did not make the Center for Public Security And Criminal Justice's (CCSP-JP) list of top 50 worst cities. Sao Paulo's homicide rate was just 9.8 per 100,000, while Rio's was 18.6.

Online database Numbeo lists the level of crime in Rio as very high - 89.77 on the crime index. However, concerns of being subject to a physical attack because of your skin colour, ethnic origin or religion was indexed at just 35.88, surprisingly low.

Violence isn't the only key issue Brazil is facing in the lead up to the Olympics. The spread of the mosquito-borne Zika virus throughout South America is cause for concern.

As the games draw closer, health authorities are on alert and anxieties are rising among athletes, officials and supporters.

It's no surprise then that Brazil's standing on The Institute for Economics and Peace's 2016 Global Peace Index is also less than favourable, ranking 105 out of 163 countries.