The Big Four banks have all dropped ATM fees | Finder

The Big Four banks have all dropped ATM fees 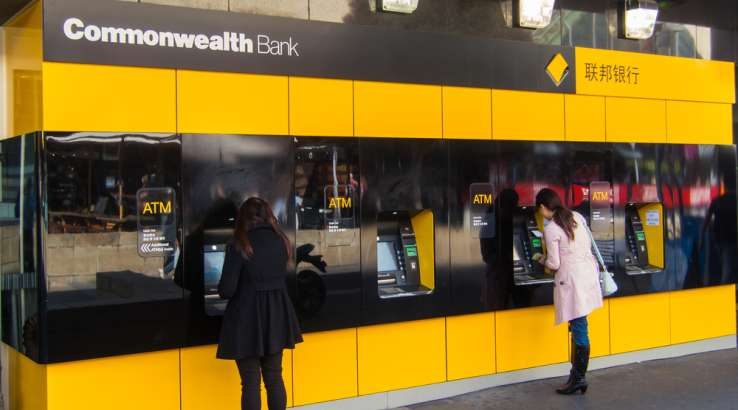 The banks could lose up to $500 million in fee income, but it's a win for consumers.

Commonwealth Bank made a slightly surprising move today, confirming that it will drop fees for other customers of Australian banks when they use CommBank ATMs.

Previously, if you were a customer of another Australian bank and were forced to use an ATM, you would be slugged with a $2 fee from CommBank, Westpac and NAB, or a $1 fee from ANZ. That's no longer the case. After CommBank made its announcement, Westpac, ANZ and NAB all quickly followed suit. Industry estimates of the impact range as high as $500 million per year in lost profit for the banks.

"Australians have complained for some time about being charged fees for using another bank's ATM," CBA group executive for retail banking services Matt Comyn said in a statement announcing the move. "We have been listening to consumer groups and our customers and understand that there's a need to make changes that benefit all Australians, no matter who they bank with. This is one of the steps we're taking to make that happen."

However, that doesn't mean everyone can use a CommBank ATM fee-free. The deal only applies to Australian cards, so overseas travellers will still be hit with a fee. And it doesn't apply to Bankwest ATMs, even though CommBank owns Bankwest. So don't go assuming that using the Bankwest ATMs in 7-Eleven stores will be fee-free.

Whichever bank you're with, you need to check if your own bank will charge you a fee for using an ATM it doesn't own. That's a relatively rare scenario, but not an impossible one. Also remember that if you make a withdrawal using your credit card, you may be charged a cash advance fee and you usually won't score any interest-free period.

Any chance to avoid ATM fees is welcome. A $2 charge for using an ATM when you're not a customer is pretty typical for major banks, as our full round-up of fees shows. ANZ and bcu only charge $1, while Bendigo Bank charges $2.50. ATM fees for unbranded machines (like the ones you find in clubs or service stations) are often higher.

One of the reasons all the banks can afford to do this is that we're actually using ATMs less than in the past. As the chart below which maps the number of withdrawals shows, ATM usage has been in a steady decline over the past decade. Indeed, the most recent figure is the lowest since tracking began. That's no real surprise given how keen we are on contactless payments.

The number of withdrawals we're making on an ATM which isn't associated with our bank is also on the decline. While the CommBank announcement boasts that more than 250 million people had made that kind of withdrawal over the last year, that number has also been shrinking over the past decade:

A general cut in ATM fees is welcome, and might make you a little more likely to grab cash from a "rival" machine. But we also might see a decline in the number of ATMs.

When I have wanted actual physical cash, the most convenient ATM for me was a CommBank machine located in the ticket hall of my local railway station. That made it easy to grab cash on the way to work or when heading home. Annoyingly, last month the ATM was removed. So the fees have dropped, but so has the convenience. Them's the breaks.