CommBank on BrickX: Blockchain could “supercharge” this market 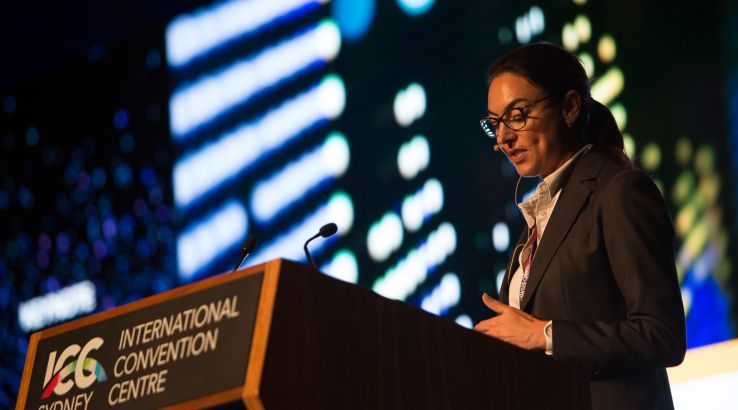 The bank's head of blockchain sees the distributed ledger technology changing everything from frequent flyer points to shares.

The possibilities of blockchain have been lauded across many industries, particularly in the past two years. But according to speakers at the Global Mobile Internet Conference, held in Sydney this week, we have barely scratched the surface of what can be achieved with the distributed ledger technology.

"It breaks down the paradigms by which we live today," said Sophie Gilder, the head of blockchain at Commonwealth Bank. "And in the future, I see that we will do not just payments on blockchain like you do with bitcoin, but more broadly, peer-to-peer (P2P) value transfers powered by blockchain."

The fast P2P transfer of data enabled by blockchain is "interesting" to Gilder, but she says the most interesting aspect is that it can be programmed.

"If you have a digital token that can be transferred on blockchain, you can add terms and conditions to it. So now say I pay you $1, but say you can’t spend it until Friday and you can only spend it with a particular merchant."

She says the conditional payment elements are important when looking at the future of money or programmable "smart" money.

"It’s not just about speed, it’s about additional utility, about being able to do things we can’t do today."

Because blockchain can allow you to create unique digital tokens which represent anything of value, Gilder says the possibilities extend well beyond payments. Speaking about fractional investment company BrickX, which allows you to buy parts of shares in property from $100, she says blockchain "could take it a step further".

"It could supercharge this market. Effectively what it could do is tokenise these fractional rights to any large asset and make them more readily tradeable. So a whole lot of large and lumpy assets that currently sit on corporate balance sheets could be broken down into smaller portions and made readily accessible by a broader market. This is interesting for the companies ... but also on the buyer side."

Gilder also says the digital tokens could present points of value that are much more than transactions, such as frequent flyer points, but they'll be a more developed version of what we know them to be today.

She also spoke about the digitisation of assets, such as shares and bonds, or even the digital representation of a physical asset such as the title of your house or car.

While this is all theoretical at the moment, CommBank (along with Australia's other major banks) has been experimenting with blockchain. In August 2016, it joined financial innovation company R3 and a global consortium of banks in a worldwide blockchain test. In January 2017, it built a blockchain for the debt capital markets for the issuance of semi-government bonds. And in 2018, after completing 25 proof of concepts, it expects to facilitate the world's first bond issued on a blockchain.

Gilder named a number of blockchain applications that were of interest to CommBank and the financial sector in general.

"The area I am most passionate about is bringing together a mesh of technologies," she said. "If we can, for example, incorporate the Internet of Things (IoT), artificial intelligence and a blockchain mesh, what we can do in the future is link the physical with the digital, make machines learn and respond to the world we’re living in, and then connect these elements through a secure synchronised blockchain network."