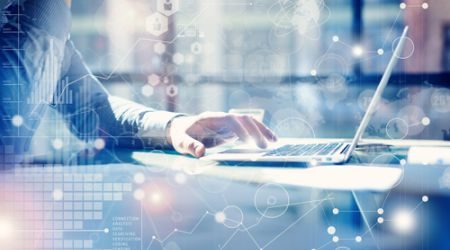 The security of IoT and payment platforms are the focus of Commonwealth Bank's Future of Payments report.

One in five consumers would be willing to give their DNA to secure their financial information and more than 50 billion devices are expected to be connected to the Internet by 2020, according to a new report by Commonwealth Bank. The Future of Payments report examined the effect of the Internet of Things (IoT) on consumers and businesses as the buying and selling processes "we had taken for granted" are reimagined. Here is what we learned from the report:

According to the report, successful retailers have recognised this and are adapting.

"A small number of successful retailers have set the standard by creating a seamless omnichannel service, offering a consistently high-quality experience online, on smartphones and in person."

While the use of mobile payments is cross-generational, Gen Y and Z are leading the charge. The report says that the move to new payment methods will be accelerated as the influence of these generations grows.

"By 2020, this group of fast adopters overtake the baby boomers to make up around 47% of our population. As their economic power grows, customer expectations and behaviours will change.

"Even now, Generations Y and Z are demonstrating that they are particularly likely to drive the take-up of emerging payment methods, with 71% of the 18-24-year-old consumers across the Asia-Pacific intending to use smartphone wallets in the future."

3. Cars of the future are going to be seriously awesome

"Imagine a future where cars automatically research and renew their insurance, use onboard driving and performance data to find a deal tailored to the driver's history, and where insurers offer discounts to good drivers travelling shorter distances in urban areas."

While the report clearly says "the future", it doesn't seem like it's too far away. More than three-quarters (76%) of companies with fleets of more than 25 trucks are already using telematics, which allows precise tracking of cargo and more streamlined performance metrics.

According to CommBank's report, 74% of consumers stay loyal to a business that personalises their experience and 75% say they feel valued when a business knows their details and order history.

According to the report, personalisation has already become a key differentiator for successful retailers.

"Payment technologies will become the lynchpin of a broader customer relationship management architecture, securely holding and managing the personal data that organisations can use to drive compelling, highly tailored customer experiences."

Despite all of the benefits of the IoT revolution, there are concerns. Over half of mobile users (60% are worried about a world of connected devices, with privacy (62) and security (54% seen as the biggest threats.

The report said that the question of "who to trust" will become critical.

"This (security concerns) not only created a likely barrier to widespread adoption but also has the potential for significant reputational damage for businesses that fail to protect their customers' data."

"Research by Telstra suggests that when it comes to personal data, financial insitutions are the most trusted by consumers. One in five even report that they would share their DNA with their bank to help keep their financial and information secure"

The report shows that innovation and the development of platforms which enable new business models are flooding the market, but it's the consumer that is still at the core.